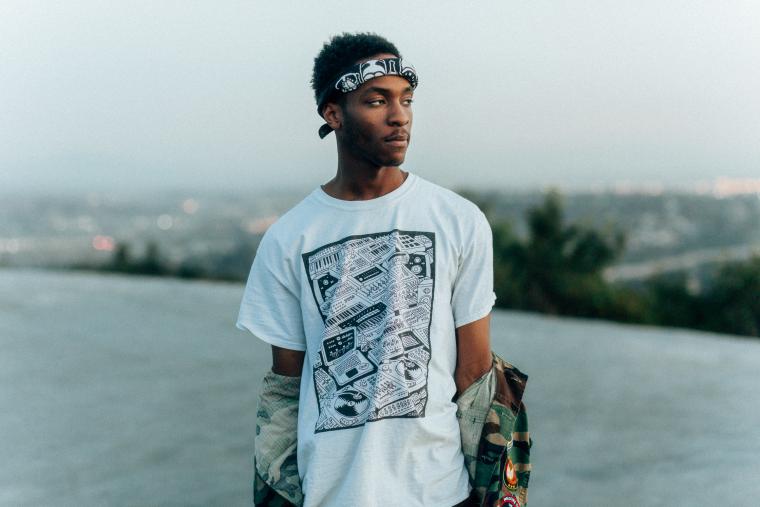 Rozz Tox’s Outlet series of experimental and electronic music offers up one of the most exciting local bills in recent memory with the arrival of Chicago’s ascendant Teklife footwork producer DJ Taye on March 22, performing with support from Collidescope and AppleTree.

DJ Taye continues to raise the profile of Chicago’s boundary pushing Teklife production/dance crew who have spent over a decade pioneering and popularizing the breakneck dance subgenre known as footwork. Residents of the Midwest who consider themselves electronic-music-heads but don’t know the joys and wonders of footwork need to dig back through the catalogs of icons such as the tragically departed mastermind DJ Rashad, or luminaries such as RP Boo and Traxman. DJ Taye represents the younger, perhaps more adventurous faction of the Teklife roster, as evidenced by his acclaimed 2018 album Still Trippin' with U.K. trendsetters Hyperdub. The album found DJ Taye breaking through the fourth wall, so to speak, of the producer/DJ role and stepping to the front of the stage to rap over his own productions, as well as dance in the hyper-kinetic footworks style. Still Trippin' leans closer to classic Hypnotize Minds rap or Gucci Mane and his vast network of protégés than anything in the Teklife universe to date, as Taye’s bars tumble at a steady clip over his busy, 808-bass-blasted beats. His production style stretches in rare directions as well, channeling 8-bit video-game square waves, acid techno, and webs of full-on trap percussion.

Iowa City duo Collidescope's "soulgaze" music couples washed out dream-pop production in the vein of Cocteau Twins, or My Bloody Valentine's more subdued moments, with full-bodied soul vocals from singer Dzl. Producer Madi lays out her tracks from the perspective of an electronics-augmented, in-the-box shoegaze band. Her reverb-drenched mixes, built over beds of distorted bass and blown-out guitar, glide over hip-hop-inspired drum loops and layers of synth melody. Elsewhere, her beats sink deeper into dub territory with more chubby, reggae-rooted basslines and stuttering electronics that sketch out effect-heavy rhythms as more active guitar lines trace their way through the haze. Dzl's vocal performances capably shift from woozy crooning to abstracted quasi-rapping to more a heart-wrenching style of expression that evokes live Nina Simone. Highlight "Paper Plastic / Asleep at the Wheel" from 2017's Systemic EP shifts from melty soul/reggae-inflected balladry into a passage of looped electronic bursts that goes full drone/ambient in its crumbling, self-consuming structure.

DJ Taye plays Rozz-Tox on March 22 with opening sets by Collidescope and AppleTree, admission to the 9 p.m. event is $10-13, and more information is available by calling (309)200-0978 or visiting RozzTox.com.