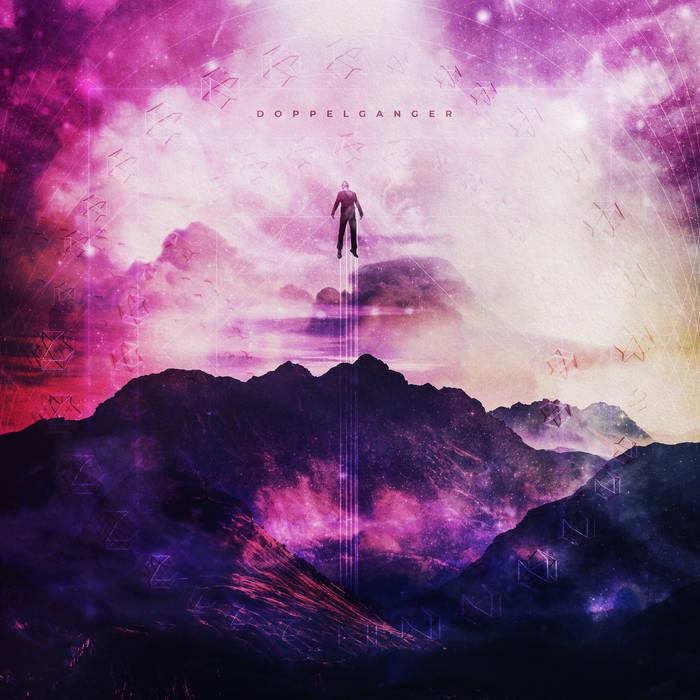 Davenport-based hyper-prog-metal instrumental shredders Doppelganger have been rolling out tracks from their forthcoming self-titled album since the first single “Plumbus” landed in March of last year. (Yes, we see the Rick & Morty reference here, guys.) The long build-up to the proper album drop on September 25 makes sense in the context of their beyond-detailed omni-metal songwriting, because each four-minute-or-so chunk of this material proves so dense and constantly shifting that it contains its own standalone narrative worth poring over.

With a composition style akin to building a ship in a bottle, every Doppelganger track plays out in volleys of dizzying one-off riffs and tightly tethered breakdowns in the blistering tech-death style. The lack of a vocalist here might work in the material’s favor in a certain way, as bands in Doppelganger’s extended orbit such as The Faceless, Necrophagist, or Artificial Brain, or much of the Prosthetic Records roster, typically frost their labyrinthine deathcore stylings in either guttural growls or affected chipmunk falsetto highs (in the Rush -> Coheed school). Doppelganger’s decision to go full instrumental places the final product with all its anthemic riffing and sudden shifts of mood or tonality closer to the realm of affective yet accessible progressive metal – the kind of almost pop-adjacent songwriting that inspires sudden surges of dopamine with the onset of each new passage. A band such as Scale the Summit might be the most appropriate comparison, as both produce a brand of euphoric, even cinematic instrumental metal that sketches out its own drama in your mind’s eye without relying on external input from the human voice and lyrical content.

Of the tracks we have access to so far from Doppelganger, the aforementioned “Plumbus” might contain the most compositional surprises, though all are packed with sudden left turns in their own way. The track shifts from chugging, palm-muted riffs and massive bursts of bass – all girded by a rock-solid, technical drum performance – into a double-time thrash sprint planted under a huge guitar solo. With the last minute of “Plumbus,” however, Doppelganger careen into a section with a prog-cabaret-type feel, with lightning-speed chromatic runs performed on double tracked guitars and a nearly ragtime keyboard arrangement. (Dare I invoke Scenes from a Memory-era Dream Theater tracks such as “Dance of Eternity”?) The fluid shift from head-bang-ready death-metal pyrotechnics into the more gloriously demented, almost carnival-esque coda makes twisted sense, as every deviation is glued together by virtuosic precision on guitar and a reliable grid from the rhythm section.

“Leech Life,” which the band previewed near the end of last year, shows off yet another style outside of the average tech-death playbook with an intro that seems adapted straight from Nobuo Uematsu’s soundtrack to Final Fantasy 7, and with its bone-thick slap bassline and mysterious, chimed keyboard lines (see FF7’s “Midgar Slums” or “Under the Rotting Pizza”). When multiple layers of guitar show up within this back-alley funk-jam vibe and start tracing the same pattern as the bassline, it gets the heart racing. With a track title such as “Leech Life,” seemingly sourced from Pokémon (?), I don’t doubt that video-game music runs in these dudes’ blood. That connection contextualizes their penchant for rapid emotional turns within one track and cramming as many discrete riffs into as little space as possible – both prime video-game music strategies. And cram they do, as there’s a good half-dozen jackhammering riffs and tempo shifts that they speed through before the track is over. The last minute in particular stuns with its never-ending torrent of 32nd note guitar heroics, two-handed tapping, and overlapped twin lead melodies.

The most recent single “The Way She Goes” just landed in August, almost a year after “Leech Life,” but one imagines a full-length album of this material isn’t the sort of thing that comes together quickly. Clearly, Doppelganger have woodshed the shit out of their instruments and know these extremely complex compositions front and back. Perhaps just as importantly, they didn’t skimp on the production value at all, as evidenced by “The Way She Goes”’ effortless segues between more atmospheric, almost post-rock evoking passages of clean tone melody, and the punishing heaviness of the distorted segments. I look forward to hearing the rest of the album when it drops in a few weeks, as these few tracks alone contain enough detail to keep me entranced.

“The Way She Goes”: https://doppelgangerqc.bandcamp.com/track/the-way-she-goes