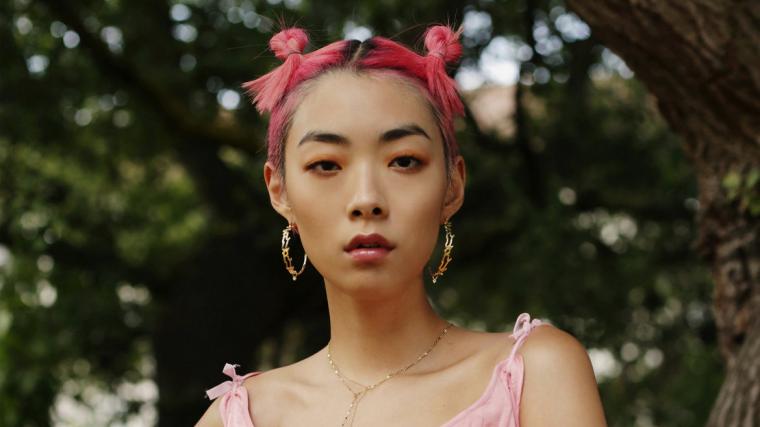 In a sea of carbon-copied hits that sound like they were genetically engineered in a lab, alchemized into being with the same few ingredients and signifiers that topped the charts a couple weeks before, the best pop music to emerge from any given era stands out by surveying recent musical trends and streaking off in the completely opposite direction. More than a process of picking a sub-genre no one has heard in five years or so and hopping into it just for the sake of a novel juxtaposition, to shock fans for a moment before they keep scrolling down the feed, the artists who succeed at bucking trends and emerging with something unique do so by embracing the weirder or potentially more “uncool” aspects of their own musical interests.

Often these atypical precedents lie deep inside artists on some primordial level and include genres coded into them when they were teenagers, in a time in which the pop charts and the music videos on MTV looked completely different than today’s YouTube-fueled pop overload. Real heads know that any genre or era of music can be mined for inspiration, and things that seem off-trend at any given moment are only one hit song away from being cool and heavily copied once someone lays out the template and the floodgate of imitators bursts open. To pull off a substantial deviation without scaring away pop fans or breaking from pop stardom entirely, artists must maintain an unshakeable confidence in the styles they choose to incorporate into their music, and must also possess self-awareness enough to flit between different levels of irony and proximity to convention without losing their identities in the confusion.

Within the first minute of “Dynasty,” the opening track on Rina Sawayama’s excellent first full-length album SAWAYAMA, the Japanese-British artist establishes herself as an innovator in the modern pop landscape. The first sounds we hear, a rapidly tremolo-picked guitar and a swelling siren tone, hint at the palette of sounds that Sawayama continues to explore across the album. When her voice enters the mix, crystalline and operatic in its sweeping cadences, she establishes her clear command of atmosphere and drama. But the true shocker hits in the form of huge walls of distorted guitar, which give way to a jagged, palm-muted riff from the nü-metal idiom of the late '90s and early '00s. As Sawayama threads her emotive vocal lines over the criss-crossing guitars, she makes clear her reverence for bands such as Evanescence or their antecedents Nightwish and Lacuna Coil – touchstones that have no other outlet in the modern pop sphere in which Sawayama operates. Her vocal performance here channels the yearning grandeur of Evanescence vocalist Amy Lee, balanced between whispered intimacy and the brand of me-against-the-world defiance that generates an image of a lone singer standing on a cliff, shouting out into the wind as the sun sets over the ocean before her.

Sawayama runs the risk of falling into the realm of total cheesiness with this style, as such theatrical and epic gestures have rarely been fodder for pop music since, well, the rise of Evanescence. In recent years, the band’s song “Bring Me To Life” and its iconic refrain “wake me up inside (WAKE ME UP)” has served as a regular gag in memes and online parodies, often spliced into random other contexts as a jolt of gothic, nü-metal earnestness in an otherwise bland scene. The years that have passed since “Bring Me to Life” was an inescapable pop hit charge Sawayama’s return to these aesthetics with novelty and even courage, as she proves that there’s something worth excavating and re-exploring in a style that has been seen as a punchline or a relic of its time for more than a decade now.

While SAWAYAMA ends up moving in too many discrete directions to be fully labeled a “nü-metal revival” album, the album makes the most out of the distorted electric guitar as a tool to create striking juxtapositions within a more conventional pop framework. On album highlight “STFU!,” a churning central riff cribbed from early Deftones crashes through the verses against piercing, atonal guitar harmonics and guttural slap bass straight from the Korn playbook. Sawayama’s voice rises in a wispy scale over the metal shredding, channeling the Hot Topic-friendly mysticism of bands such as Otep or Incubus. But the track pulls the rug out from under itself every time it returns to the hook, turning on a dime to a palette of pleasant pop tones frosted with acoustic guitars and glockenspiels. The jackhammering between these styles generates narrative tension here, keeping listeners rooted and curious to see where Sawayama will steer them next.

Elsewhere, distorted guitars appear as accents to break open an otherwise bubbly pop song. Lead single “XS” bears all the trappings of a Y2K pop or R&B banger with its tightly syncopated 808 drums, acoustic guitar strums, and orchestral flourishes – but every once in a while, the entire production strips all these elements away and blasts us with a gnarly, down-tuned riff like something out of the breakdown of a punishing grindcore song. “Love Me 4 Me” sounds like a lost Mariah Carey or Janet Jackson anthem on the surface, with its new-jack swing drum programming and whistling g-funk synths, but a layer of distorted guitar runs through the background, cutting out a prickly rhythm along with the percussion. When the track breaks open into a proper guitar solo, it bridges the gap between '80s R&B, metal, and early '00s trendsetters such as Ratatat, who milked double-tracked distorted guitar leads for all they were worth. 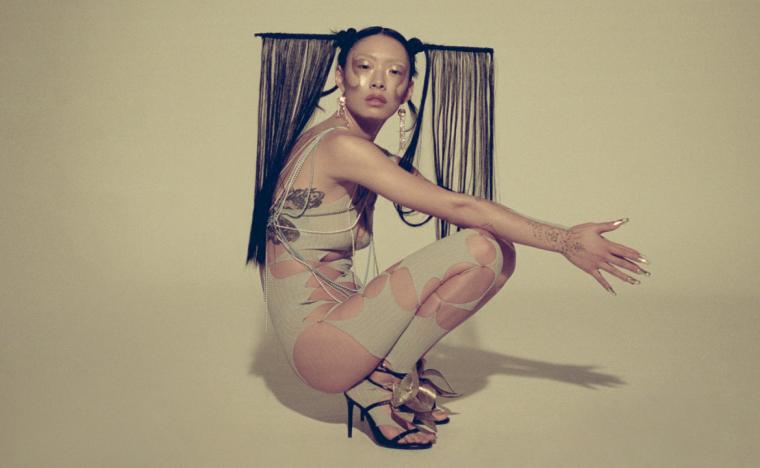 When Sawayama cribs signifiers from Evanescence, Korn, Janet Jackson, and Mariah Carey, she manages to avoid gimmickry by presenting them at a high level of production detail and harmonic complexity, and by wearing those influences without shame. Fragments of nü-metal and '90s pop feel like logical building blocks within the scope of her sound, reminding us that acts such as Deftones and Korn shared space on the charts back then with major pop stars, and were after all excellent songwriters with acute awareness of pop song structures, earworm hooks, and narrative drama.

On a grand scale, Sawayama’s music perhaps aligns most closely in spirit to that of Japanese pop icon Utada Hikaru. Best known in the Western world for her involvement in the video-game series Kingdom Hearts, Utada is absolute pop royalty in Japan – one of the best selling artists of all time, with untouchable clout and revered artistry. Her career spans 10 diverse and captivating albums in both Japanese and English since the turn of the century, a majority of which she wrote and produced or co-produced herself (something rather unthinkable in the Japanese pop landscape). Like Utada, Sawayama has a beyond-professional vocal range that can easily slide between the realms of bubblegum pop, soulful balladry, operatic drama, and playful R&B. And Utada is no stranger to distorted guitars in pop either – see “Kremlin Dusk” or “Sanctuary (Opening),” both of which sound like clear antecedents to the sound of SAWAYAMA.

Both artists constantly play with genre juxtaposition and recombination within the outer shell of pop. In the vein of Utada, Sawayama carefully balances her presentation as an all-powerful pop diva with moments of humor and self-effacement, choosing turns of phrase a little too specific and charmingly goofy to belong in a cookie-cutter Billboard pop song. This comes out in bits such as “have you ever thought about taping your big mouth shut?” in “STFU!,” “hacked my MSN messenger” in “Paradisin,’” and “screaming our hearts out to Carly” in “Bad Friend.” These details inject Sawayama’s music with a sense of humor and humanity, approaching the endearing corniness of classic Utada lines such as “I was dancing with a dirty blonde Texan” (“The Workout”) or “like Captain Picard / I’m chillin’ and flossin’” (“FYI”) [Note: lolllll.]

One of the most affecting turns on SAWAYAMA comes in the form of the ballad “Bad Friend.” Sawayama paints a narrative of a best friend with whom she’s fallen out of touch over the years. The song’s verses shift through time from a euphoric Tokyo night in 2012 to a spat that leaves the friends torn apart, cut through with a heartbreaking chorus: “Don’t ask me where I’ve been / been avoiding everything / I’m a bad friend.” The detailed lyrics about partying with friends and unraveling relationships, the swirling synth backdrop, the hard cuts between moody balladry and bumping trap-pop, the auto-tuned close harmonies – all of these elements can’t help but evoke the music of another modern pop innovator: Charli XCX. Like much of XCX’s stunning new album how i’m feeling now, released shortly after SAWAYAMA, “Bad Friend” uses pop music as a vehicle to examine self-isolation and alienation from the outside world, themes that run in total opposition to pop’s typical impulses to celebrate, to consume, and to lose oneself in the crowd.

For Rina Sawayama, slow burners such as “Bad Friend” are but one style to explore within her wide toolkit. Her music’s seamless integration of the worlds of pop, metal, and R&B, among others, illustrate an approach to songwriting that takes into account the production style and genre signifiers from the very beginning of the process, sewing them into the form itself and letting them grow organically along with her lyrics and vocal performances. As an album in which every track presents a different palette of ideas, SAWAYAMA achieves the impossible feat of staying cohesive and grounded throughout. Its success hinges on Sawayama’s ability to convey a strong personality and return to a core set of values, rooted in central themes like friendship, family, and self-empowerment, no matter what type of sounds happen to be swirling around her voice at that moment in time.