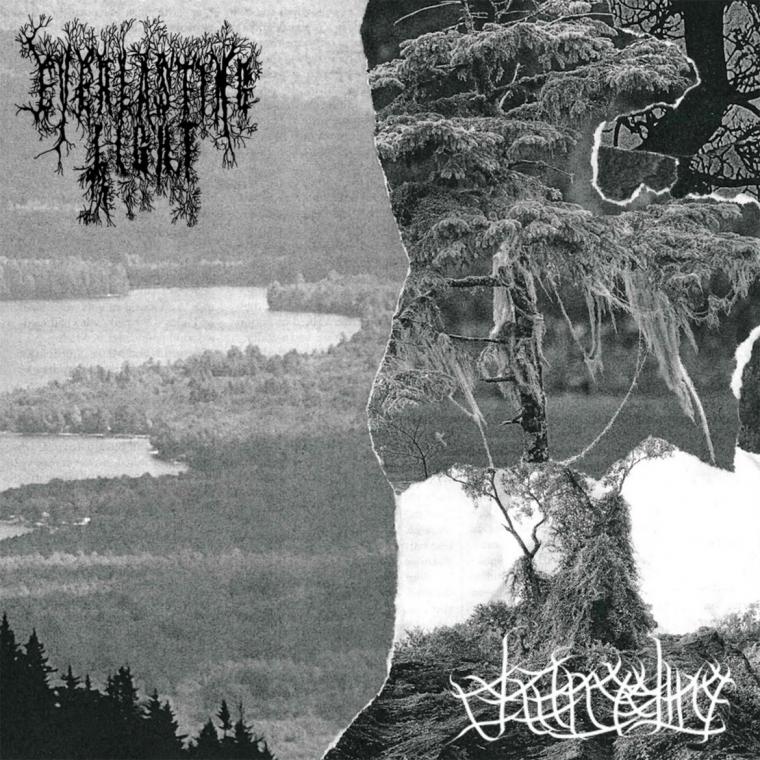 Rock Island-based black-metal band Everlasting Light has been a favorite Quad Cities project of mine since the release of Heavy Sanctuary back in 2019. A project that revels in the extra layer of obfuscating scuzz that comes from a more informal approach to recording, they still always manage to hit a sweet spot between the high fidelity detail of a “proper” studio take and the more room-tone-soaked final product of a DIY demo tape. The material that appears on their most recent effort, a split with similarly minded Minneapolis-based black-metal crew Changeling, represents perhaps their most fully realized work to date. The two tracks that span 15 minutes here take the chance to deviate from the hard-buzzing tremolo picking and rapid-fire tempos most commonly associated with black metal and explore some more atmospheric and dynamic headspaces.

The track “Vermod” kicks off with a molasses-paced trudge through heavy sludge guitar chords and plodding drums, landing somewhere in the neighborhood of Melvins’ Lysol or Khanate’s self-titled album – before the track slows to a stop and restarts as a frostbitten jammer featuring heavy riffs at a more even tempo. The work of vocalist M.A.S. remains a highlight of their sound here as it varies from full-throated howls to more upper-register shrieks, all of which carry with them a sense of loss and spiraling chaos.

Second track “Okjokull” (named for an Icelandic glacier, appropriately enough) kicks off with a bout of gnarly noise that sounds like someone ramming into their guitar pickups and letting the feedback ring, before the piece surges back into gear with the onset of a wrist-flapping central guitar riff. Once the second guitar kicks in, the contrast between the cleaner-toned riff and the sudden wall of distortion provides enough textural detail to keep us locked in. Operating along a more narratively complex trajectory here, Everlasting Light drop out the floor around the track’s halfway point to introduce another clean guitar riff that serves as the foundation for the next long swath of shredding.

The flip-side of the split from Minneapolis’s Changeling provides the perfect complement to Everlasting Light’s fuzz-splattered storytelling. A single 16 minute-long epic track titled “My Imprint Left Below” streaks off into more “traditional” black metal territory in the style of In the Nightside Eclipse-era Emperor, with all the layers of guitars and choral keyboard voices smeared together into a wall of vaguely harmonic hell that consumes the entire stereo spread. To an even more pronounced degree than Everlasting Light, Changeling aren’t afraid to take sudden left turns in their narrative, and the track ends up showcasing what seems like a dozen discrete riffs and alternately melodic/amelodic passages. In full, the track lays out a continually surprising and evolving program of black-metal moods – letting up only for a delicate coda of baroque acoustic guitar that perfectly seals off the grim atmosphere.