Flowers for Ryuichi Sakamoto: Celebrating the Continuing Story of the Electronic Music Pioneer 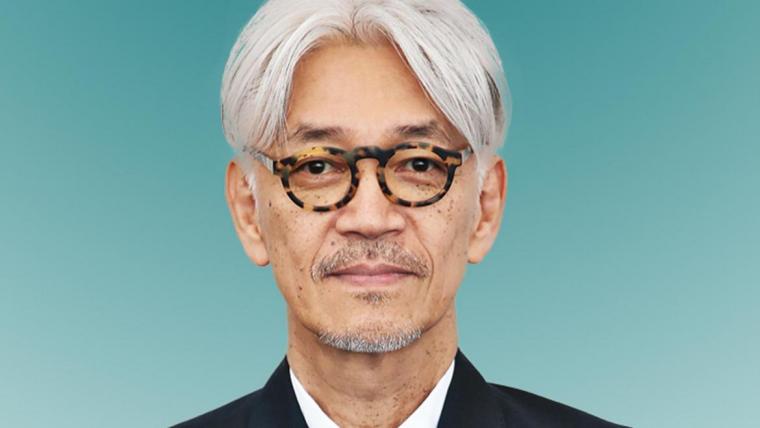 When Ryuichi Sakamoto, the electronic music pioneer and esteemed elder statesman of the Japanese and international music scenes, was diagnosed with throat cancer in 2014, it felt like a crippling blow to the canon of living legends that walk, perform, and dine among us.

Here stood a man who had already achieved a state of immortality through the prescient and influential electro-pop catalog of his trio Yellow Magic Orchestra (along with fellow icons Haruomi Hosono and Yukihiro Takahashi) and the bottomless wellspring of brilliance contained in his solo recordings – and yet the threat of his own body deteriorating shifted the grim knowledge of mortality back into his personal universe. However, Sakamoto overcame that round of cancer and continued to make vital music, while keeping his ears trained on the electronic music quasi-underground, even commissioning artists such as Arca, Oneohtrix Point Never, and S U R V I V E to record remixes of his 2017 album Async.

When the news reached us last week that Sakamoto (who recently turned 69) had been diagnosed with bowel cancer, the music community reeled at the idea that one of their champions would have to begin another fight to survive. In a typically eloquent statement released to the public, Sakamoto let us know that “From now on, I will be living alongside cancer. But, I am hoping to make music for a little while longer.” Remembering that he had already struggled through a potentially life-threatening cancer treatment before,we diehard fans maintain hope that the king will once again emerge victorious in this new round of tribulations.

In an era in which so many of the iconoclasts of 20th-century music in the 60- to 80-year range have sadly passed, we must take this opportunity to honor the life and career of Ryuichi Sakamoto while he is still with us. We seek to give him his flowers while he’s still here, instead of having to memorialize him after the moment when he crosses over. With that in mind, let’s take a look at only a tiny subsection of the most revelatory moments from his solo career – a catalog that floats alongside his prolific output with Yellow Magic Orchestra and a wide host of collaborations. 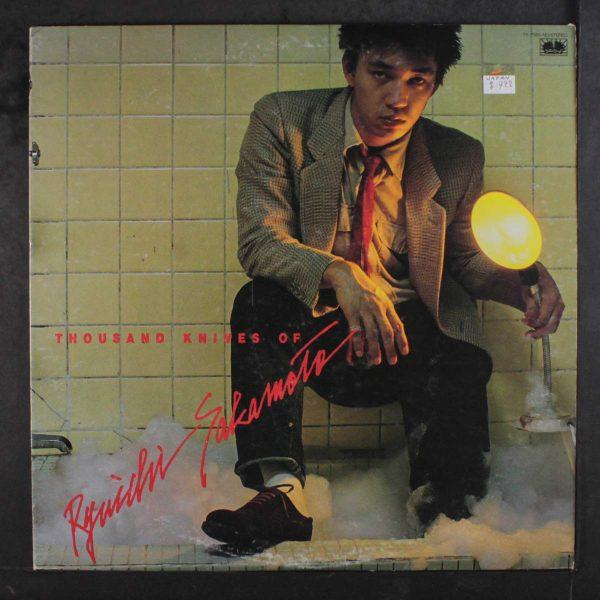 When Sakamoto released his first proper solo album Thousand Knives of Ryuichi Sakamoto in 1978, he was riding high on the international acclaim of his group Yellow Magic Orchestra’s self-titled debut, which landed the year before. YMO made the most of their synergy as a trio, combining Sakamoto’s stately synth leads with Haruomi Hosono’s post-funk basslines and drummer Yukihiro Takahashi’s steady grooves – all planted against a baroque web of electronic backdrops programmed to life by a team of technicians including the renowned Hideki Matsutake. In the immediate wake of this trendsetting electro-pop project, Thousand Knives demonstrated that Sakamoto’s solo efforts contained just as many thrilling electronic arrangements and instances of melodic grandeur as his proper band. “Thousand Knives,” the title track, remains a staple of his catalog. Listen to the fluidity with which the composer introduces a series of emotionally contrasting melodies, from carnival-esque curlicues of synth mania, to regal fanfares that evoke the call-to-arms of some android army, to bright, pentatonic whirls of piano that bring the energy back to the positive end of the spectrum. When Japanese jazz fusion guitar legend Kazumi Watanabe bursts into the track with a series of torrential six-string solos, “Thousand Knives” suddenly takes on a more rough-edged, hard-rock sizzle. 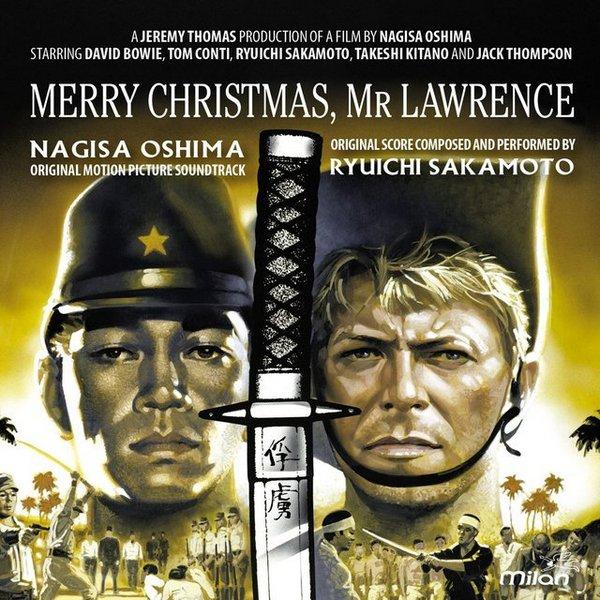 Adding another feather to his already overstuffed cap, Sakamoto himself acted alongside David Bowie in the classic 1983 film Merry Christmas, Mr. Lawrence – a heartwrenching tale of a prisoner of war in a Japanese camp during World War II. Sakamoto composed the now-immortal score for the film, and its title track stands not only as a Christmastime classic in its own right, but as a marvel of electronic melody and emotional resonance. The main theme, delivered as a layered string of chiming bell tones and piano voices, has the potential to spark tears not only in anyone familiar with the film, but anyone who might happen upon the track out of context. The song burgeons from the central melodic framework up into a soul-stirring, orchestral denouement, laying a groundwork for Sakamoto’s future experiments that would combine electronic sound sources with acoustic instruments into baroque, filmic odysseys. 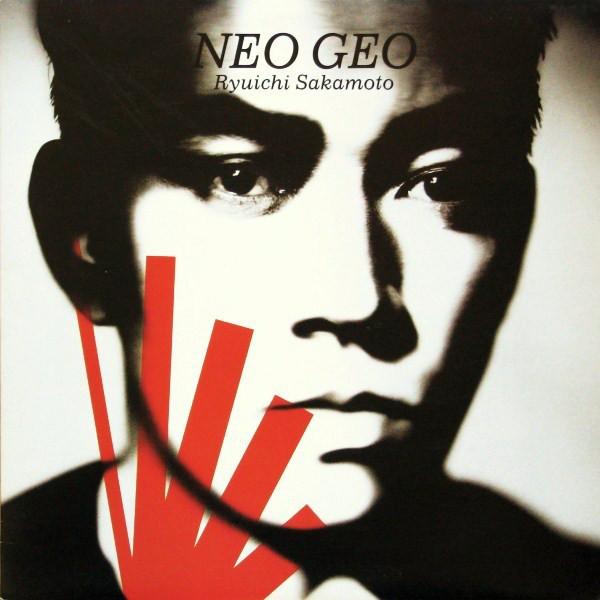 While Yellow Magic Orchestra continued to take over the world with their increasingly sophisticated electronic pop opuses, Sakamoto concurrently plugged away at his solo career – often following more oblique, experimental ideas that further shattered and reconstructed our conception of pop music as we knew it. His 1987 album Neo-Geo presented a series of pop-adjacent tracks that seamlessly combined elements of funk, industrial music, what was only just then beginning to be known as “techno” (a term that derived its name, in part, from Yellow Magic Orchestra’s track “Technopolis”), and even traditional Japanese folk music. The album’s title track here bears the influence of Sakamoto’s friend and film co-star David Bowie with its combinatory, adventurous electronic arrangement, flecked with bursts of funky bass, buzzsaw guitars, and tonally juxtaposed volleys of synth. Over the top of all this mayhem, Sakamoto planted a series of remarkable lead vocal passages sung by a layered choir of traditional folk singers, whose keening melodies shine brightly over an otherwise robotic network of sound. 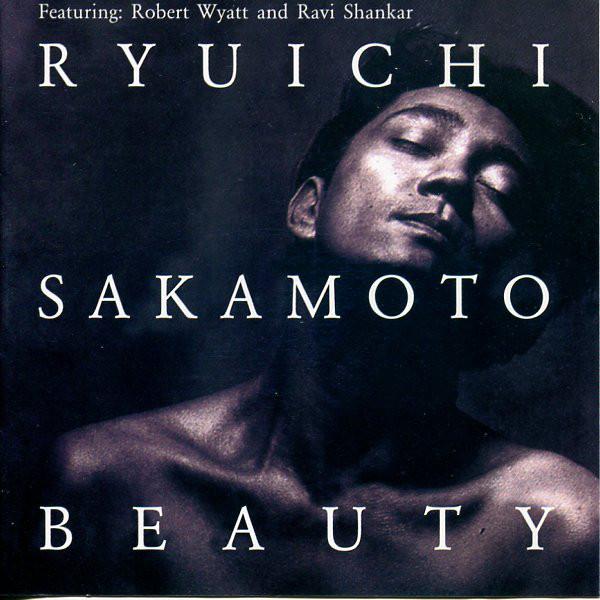 Sakamoto’s 1989 album Beauty continued his fascination with the hard contrast between classical-inspired arrangements, mutant electro-funk, and bright pop experiments. While much of the album shifted his attention more directly into the realm of unadorned Japanese folk music and weeping orchestral ballads, the track “We Love You” streaked off in a more dance floor-friendly direction. The song’s heavy kick drum and complex web of syncopated percussion tones, dotted with 808 cowbells and toms, attested to the maestro’s ever-present interest in the body-moving potential of electronic tones. Throughout the track, a steady sample of a woman intoning “Beat on the drums” drapes over the drum patterns, serving as a rhythmic bedrock for the rest of the production elements – from energetic, almost P-funk-esque horns, to windswept Burt Bacharach-core vocal harmonies – to float around. In its sum total, the track is a discotheque banger that still maintains Sakamoto’s timeless sense of elegance and rogue experimentation. 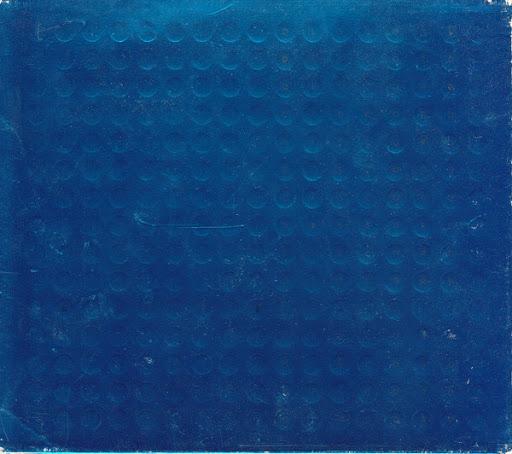 In keeping with the restless spirit of his evolving solo catalog, Sakamoto’s 1998 album Discord entirely shed any semblance of pop music, presenting another outlet for him to flex his muscles in orchestral composition. The nearly hour-long album plays out with all the grandeur and bombast of a 19th-century symphony by the likes of Mahler, extending into a series of languid, weeping pieces that often stretch past the 15-minute mark. Though a full classical string section provides much of the harmonic groundwork here, Sakamoto’s makes his distinctive style as a pianist known throughout the album – cutting into mires of string confusion with harsh, dissonant bursts of piano chaos, or doling out gentle melodies that glisten with each press of a key. The full composite lands somewhere in the neighborhood of a classical concerto piece with the piano at center stage, yet the reality of Sakamoto both composing the full orchestral arrangement and performing on the piano himself continues to stun, decades later. 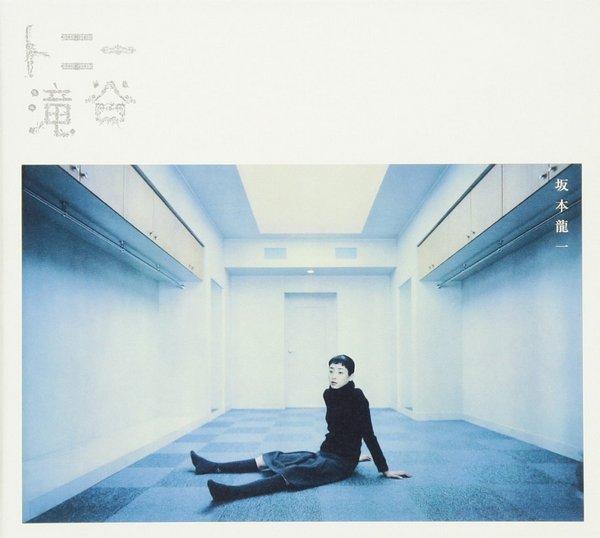 Sakamoto’s score to the 2004 Japanese film Tony Takitani pared down his practice to a single piano, with the exception of a few textural overdubs. Solo piano performances had always represented a major part of Sakamoto’s output, and gave him a chance to recontextualize the overloaded arrangements of his electronic music into more direct forms focused on the elemental core of his melodic and harmonic compositions. Tony Takitani, however, shimmers as a stand-alone score of pieces that didn’t originate in other forms, but were developed specifically for the piano. “DNA,” the score’s longest piece, takes its time to unwind across a narrative of juxtaposed dissonant and consonant passages, constantly fluctuating emotions from dour sadness to some semblance of hope. The piece, and the score in total, recall the “furniture music” of Erik Satie’s classic piano pieces, tracing a similar path through wide open spaces and sustained notes that linger as ghosts in the near-silence. The restraint that Sakamoto brings to these pieces, coupled with the moments in which he flexes his harmonic chops in dense chordal phrases, attests to his command of atmosphere and mood, while demonstrating that his ideas have the potential to completely hypnotize his listening audience.