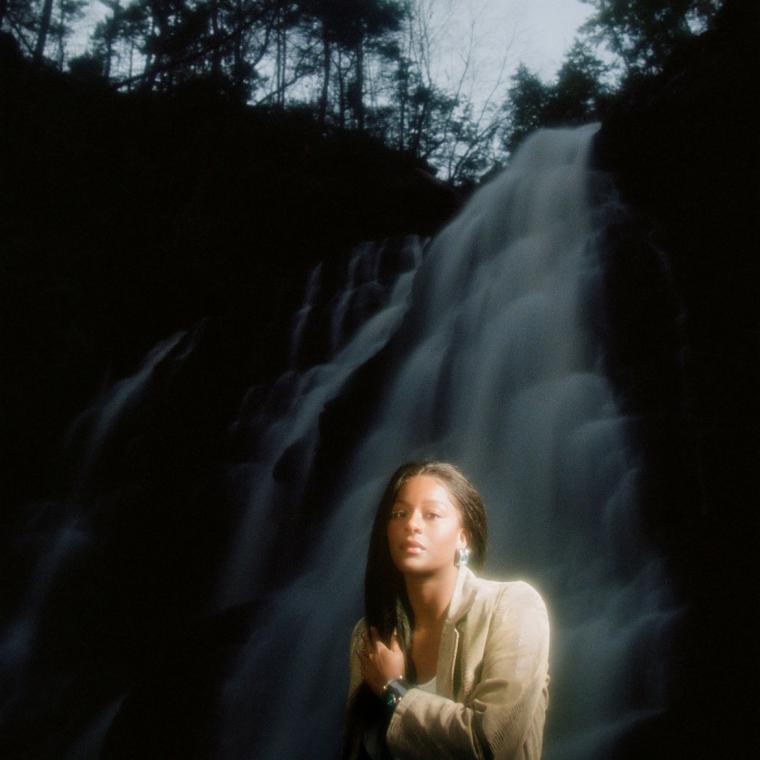 It would be easy to kick off my reflections about the music of 2021 with some well-deserved spiel about how this was a hard year and how music was a balm for our troubled times, etc. Consider this to be me doing that. More importantly, I would say that music as a whole in 2021 was accelerating into whole new realms that none of us could have foreseen, and that the generally screwed state of the world seems to have had no impact on that acceleration – or perhaps the hellscape was helping it along. More than a balm, music this past year was a glorious brick to the head, shaping how we see the world and introducing us to new experiences that temper our reality in ways that aren’t always positive, but are always quite welcome. Here are four releases from last year that blew my mind and kept the bricks flying.
4) L’Rain, Fatigue
https://lrain.bandcamp.com/album/fatigue
The project of singer/songwriter/co-producer Taj Cheek and her collaborators, L’Rain evolved from an intriguing and forward-thinking bedroom experimental pop project into something closer to an all-consuming soup of genres and progressive ideas. More than any other album I can think of from last year, Fatigue made the case for the continued existence of the discrete album as an art form, as opposed to Spotify playlists and loosie singles and YouTube cuts. The record glistens with inventive production flourishes and a collage-like approach to smashing sounds together, stewing up passages of spoken word and found sound with straight-up-hooky pop and R&B jams, all shot through with an almost math rock-esque approach to instrumental performance. Clouds of disembodied electronics and voices drift through the album as both shorter interludes and complete pieces unto themselves. Just when you think the spread of sounds has reached its most amorphous and abstracted point, a serious banger emerges from the haze, complete with beautiful vocal melodies, layers of synth, ballistic drum programming, and proggy licks on piano, bass, and guitar. The composite result is something like a Fiona Apple album and an FKA Twigs EP dipped into a vat of musique concrète exploration and reanimated into an experimental post-soul opus. L’Rain’s live performances on the tour following the album’s release not only managed to capture the peaks of Fatigue but also expanded the album’s palette off into new directions. Her large ensemble, which featured Cheek shredding on guitar or bass while singing, along with her bandmates performing on drum kit, keyboards and electronics, and samplers, often crested into something closer to full-on prog rock fused with D’Angelo-adjacent neo-soul, all struck through with a distinctly improvisatory impulse that pushed certain passages into the realm of free-jazz and noise. 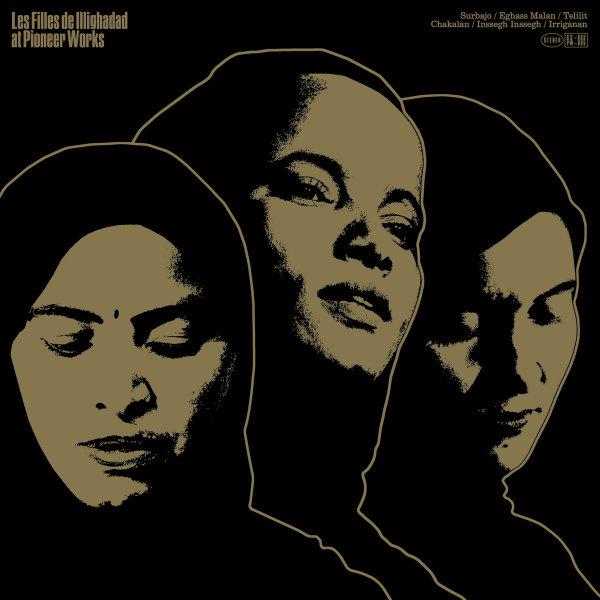 3) Les Filles de Illighadad, At Pioneer Works
https://lesfillesdeillighadad.bandcamp.com/album/at-pioneer-works
The label Sahel Sounds has spent the last decade documenting the modern sounds coming from West Africa, focusing above all on music from Mauritania, Senegal, and Mali, which ranges from traditional Tuareg guitar music, to electronic-infused cosmic keyboard exploration, to beat-focused mixtapes that veer closer to contemporary hip-hop and dance music. Every release from their catalog is well worth investigating, and the full spread of their releases sketches out a sprawling vision of African music in all its multi-faceted glory. This past year saw the ascent of label mainstay Mdou Moctar, the brilliant Nigerien guitarist and bandleader, to the status of full-on international rock star with the release of his incredible record Afrique Victime (another clear highlight of 2021) on venerable U.S. indie institution Matador Records. Another mainstay of the label, the trio Les Filles de Illighadad from rural Niger, rose to greater prominence with their third album At Pioneer Works – a spellbinding display of their interwoven vocal melodies, guitar lines, and polyrhythms. Though the live album contains cuts from their two previous albums, 2017’s Eghass Malan and 2016’s self-titled record, At Pioneer Works stands as a self-contained statement of the trio’s vision, and truly benefits from showcasing their hypnotic performances in a live context. The trio latches into almost lock-groove like patterns of guitar and harmonized vocal lines, striking a balance between passages of pure major-key euphoria and melancholic ethereality. Steady rhythms driven by handclaps and hand drums sketch polyrhythmic cycles that float alongside the swirling guitar and vocal performances, grounding each song in a head-nodding pulse. Above all, the trio’s vocal arrangements continue to stun, as they exhibit a sense of complete control over close harmonies and melismatic flights of beauty. 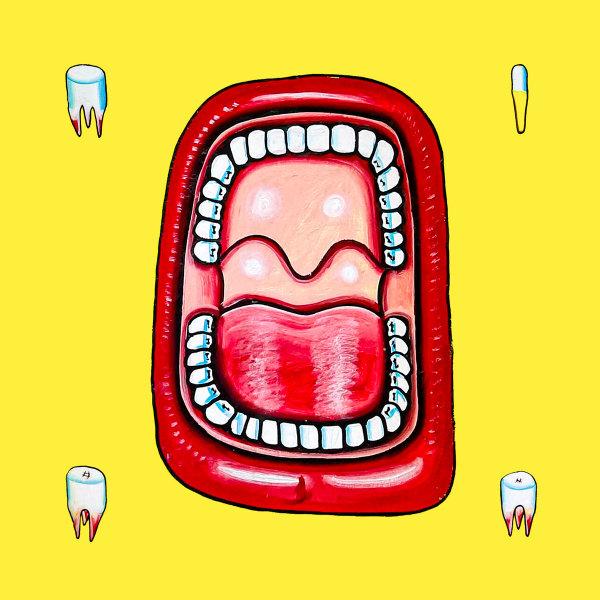 2) Various Artists, Sounds of Pamoja
https://nyegenyegetapes.bandcamp.com/album/sounds-of-pamoja
When a new strain of music coalesces within a specific scene outside of the typical Eurocentric/American circles that dominate critical attention, and it breaks into the western sphere, it can either induce a state of complete culture shock to some of our delicate sensibilities, or inspire a sense of stunned awe at the new experiences that music can offer us. In this spirit, the Uganda-based label Nyege Nyege Tapes, which has yet to release anything less than pure brain-melting brilliance, continues to streak off on its own majestic trip to the vanguard of contemporary music. One of their most aggressively mind-altering drops last year, the compilation The Sounds of Pamoja, documents the music known as singeli, which originated in Dar es Salaam, the largest city in Tanzania. The album focuses on the scene centered around the Nyege Nyege Tapes artist Duke, whose 2019 album Uingizaji Hewa continues to blow minds with every spin. Most of the artists involved in The Sounds of Pamoja are between 18 to 20 years old, and have been pushing boundaries with their production and vocal styles since they were in their early teens. To the uninitiated, the first dose of singeli can feel like a visit to an entirely unimagined musical landscape. The rhythms fly at our domes at unspeakably high BPM, with battering drum patterns akin to footwork or juke music pushed to even faster extremes. The vocal performances delivered by the MCs on each track explode with manic energy, often blazing at warp speed through complicated cadences and impassioned howls. The sum total sounds like a record played at double the speed it “should” be played at, and yet the tracks on The Sounds of Pamoja often stretch past the seven-minute mark – challenging unfamiliar listeners both on a bar-by-bar basis and in the long duration that those sounds stretch across. The album provides that rare feeling that you’re hearing something that seems absolutely improbable in its existence, so contrary to the “rules” of what we’re used to hearing, and yet here it is, and it f---ing slays. 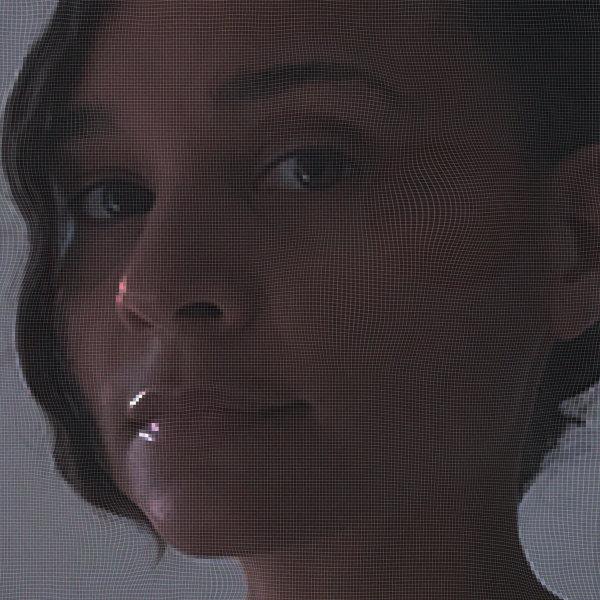 1) Erika de Casier, Sensational
https://erikadecasier.bandcamp.com/album/sensational
The most incessantly replayable record of the year, bar none, Danish singer/songwriter/producer Erika de Casier’s Sensational builds on the strengths of her already-classic debut album Essentials while demonstrating that she’s perfectly comfortable in the relative big leagues of international pop/R&B. Her first album on the legendary “indie-major” label 4AD, Sensational feels like a step up in terms of de Casier’s smooth vocal delivery, idiosyncratic and tongue-in-cheek lyrics, and the post-Y2K R&B production sculpted by Natal Zaks and de Casier herself. Deriving influence from the purposefully synthetic MIDI-tone production that appeared on classic turn-of-the-millennium albums by antecedents such as Aaliyah, Destiny’s Child, and Brandy, the album’s beats coast through gorgeous passages of electronic harp, MIDI acoustic guitar, and electric keyboards – all struck through with drum patterns from U.K. garage music and synth layers that skirt closer to contemporary big-budget pop. While this might sound like some pleasant nostalgia trip on paper, one listen to the album shatters any conception of de Casier as a mere imitator of the Y2K pop style. Her vocal takes and lyrics exude charisma, as she tries on different personae that range from pensive, to flirty, to regretful, to ecstatic. The productions ripple with unexpected details, bumping over busy basslines or suddenly veering into baroque arrangements for synthetic orchestral instruments. Paradoxically, de Casier sketches out her own vision of futuristic pop by digging deep into specific aesthetics that have essentially been out of style for decades at this point. But this move isn’t necessarily surprising. Even the pop music that stands at what we consider the peak of contemporary experimentalism (see: whatever Björk or Arca are up to at any given moment, Shygirl, Kelela, Charli XCX) can’t possibly avoid cribbing sounds and compositional strategies from the music of decades past. While those artists might utilize digital production techniques with less of a precedent, or rather a precedent localized within the last few years, the skeletons of their songwriting still remain somewhat the same as anything else that we identify as pop music. Erika de Casier simply shifts the window back a little further into the past in terms of her aesthetics, but writes songs that prove no less affecting and compelling in their final delivery.