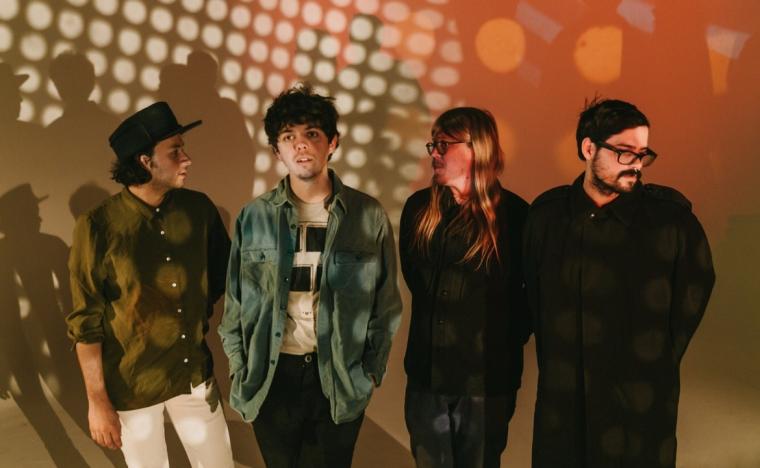 Holy Wave and The Golden Fleece at Rozz-Tox -- March 12.

Holy Wave asks, “What if we took the George Harrison tracks from acid-era Beatles and made a band out of them?”, and the answer we get is, “I think it would sound pretty good.” The band’s 2018 album Adult Fear, released on the appropriately named label Reverberation Appreciation Society, is full of immaculately produced psychedelic pop that leans heavy into all the textural details and atmospheric background elements that weave their way through each mix. Plenty of smooth, varied timbres intersect in the form of dry guitar jangle, smeared effect-pedal abstraction, whirring keyboard melodies, and layered vocal harmonies. The drum performances undergird each dreamy jam with a consistent backbeat that elevates the music from the realm of windswept-beach chill-out into a more danceable, upbeat beach party complete with volleyball and a large cartoon shark that swims in from the coast to say hello. I would be remiss to not mention the specter of Tame Impala that looms here, this generation’s “George Harrison-core” psych flagship project. But while Tame Impala skirts closer with each release to some kind of Ibizan balearic 4/4 kick-drum melange of house and psych pop – fit more for Urban Outfitters at this point than, say, the sweat lodge – Holy Wave keeps one fin placed firmly in the cosmic end of the wave pool, and another in territory closer to surf rock or skiffle pop.

Take the excellent track “Habibi” from Adult Fear, an eight-minute suite that begins with a sprightly intro passage with a web of intertwined 16th-note guitar phrases that percolates on and on with a gentle yet propulsive energy. When that segment crumbles, the band seamlessly picks back up into a segment flecked with thick saw-wave synths, subtle flute melodies, and falsetto vocals, all of which fuse together into a vibe closer to a Motown pop anthem or a forgotten doo-wop number than something that could be called “psych rock.” The fact that Holy Wave can make dream pop, surf rock, and soul seem like logical companions speaks to their comfort across all these styles and their acute vision in terms of song structuring and composition. Album highlight “Dixie Cups” doubles down on the shimmering saw-wave synth arpeggios, and places the guitar and drums all the way in the back of the mix, like we’re hearing them through an old Victrola. The snare hits hard, but it's cushioned in so much reverb that it sounds like the memory of a snare beamed from some other time. When the guitar picks up and starts riffing at a quicker pace along with the swelling vocal harmonies, the effect is transfixing. Here is some straight-up, well-arranged pop music that knows when to dole out the hooks and when to lean back and let the atmosphere take over. 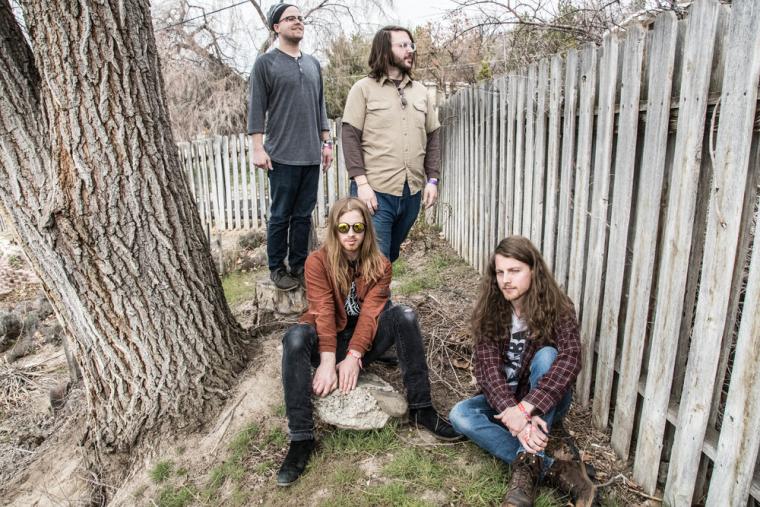 Since last appearing in the Reader, Peoria-based psych-rock unit The Golden Fleece released an album on the Bandcamp titled Live at the Planetarium, which, as you might imagine, was recorded live in a planetarium. The unbroken 30-minute performance kicks off with a solid chunk of sampled voices, garbed text, and looped cassette noise before the guitars creep into the mix around the edges, teasing out a few little atonal noodles in the droned-out expanse. The ambient factor compounds with the addition of a standing pad of synth texture that melts into a swath of sustained guitar chords. By the piece’s halfway point, you forget that The Golden Fleece is nominally a psych-rock band of shredders, but at around 17 minutes, a killer goblin-style synth lead takes over, rising and falling in intricate arpeggios like something straight out of the peak of a giallo horror film. The band uses that riff as the foundation for some restrained improv that lands somewhere between early-era Pink Floyd and an almost disco feel, complete with a flute solo and excellent, fretboard-spanning bass playing that takes a lead role in the jam.

Holy Wave and The Golden Fleece play the Rock Island venue on March 12, admission to the 8 p.m. show is free, and more information is available by calling (309)200-0978 or visiting RozzTox.com.