How Collectible is an MP3?: The Ups and Downs of DIY Music Mediums 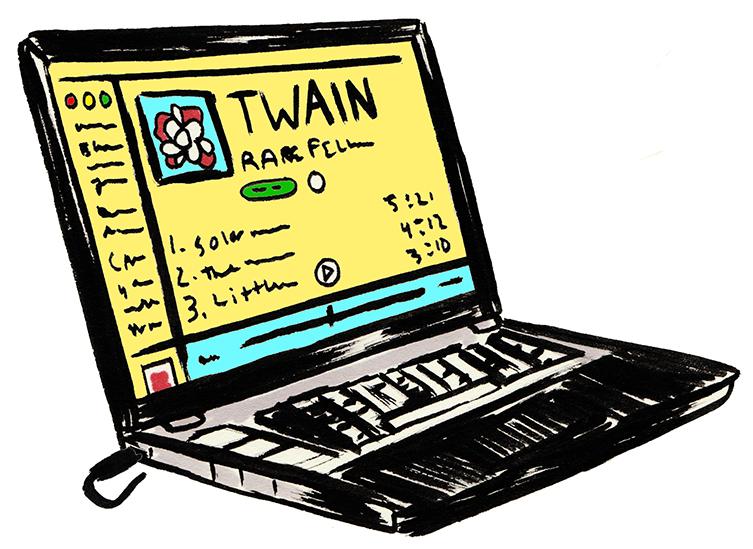 Everything that goes out of fashion seems to make a resurgence at some point or another. This trend is no different in the music scene. Record collectors have seen formats come and go. But most recently, the focus is on the comeback of vinyl records and cassette tapes. The summer of 2003 saw the death of the cassette. Record stores had to price cassettes at just a dollar or two below CD releases, forcing the consumer to make the obvious choice and purchase the CD over the cassette. This deliberate move was brought on by distribution companies jacking up the price of tapes. The cassette was being phased out. The same thing happened with VHS and it’s nearly caused the CD to go the way of the dodo.

There was nothing better than a new casingle (cassette single made popular in the ‘90’s) besides perhaps a double cassette such as the Smashing Pumpkins’ Mellon Collie & the Infinite Sadness (that now retails for $60 or more for a used copy on eBay). There is just something nostalgic about cassettes. We all remember the tapes we wore out in our favorite spots. We would rewind and fast-forward to our hearts content. It was played and loved and it showed. However, as lovely as it is to hear where you have worn down your personal cassette, it’s also annoying to hear someone sing like they are underwater or possessed by the devil because tape warps and melts! I remember too well my copy of The Violent Femmes’ self-titled album succumbing to a melty end on the passenger seat of my Honda Civic. If cassettes are such a chore, why then, in the past couple of years, have we seen the cassette making a comeback? The recent trend in albums being pressed onto vinyl may explain some of this.

At the time tapes were being phased out, my friends and I were busy scouring yard sales and thrift stores in search of cheap vinyl records. We were always asked the same question when making our purchases: “Why do you want that junk?” Vinyl was a laughable thing of the past. It was something your parents had in the back of their closet. Vinyl was heavy and dirty and nobody wanted it. Despite these considerable drawbacks to vinyl and cassettes, in the underground music scene, bands and record labels were still producing albums on these formats. They were cheaper to press than CDs. 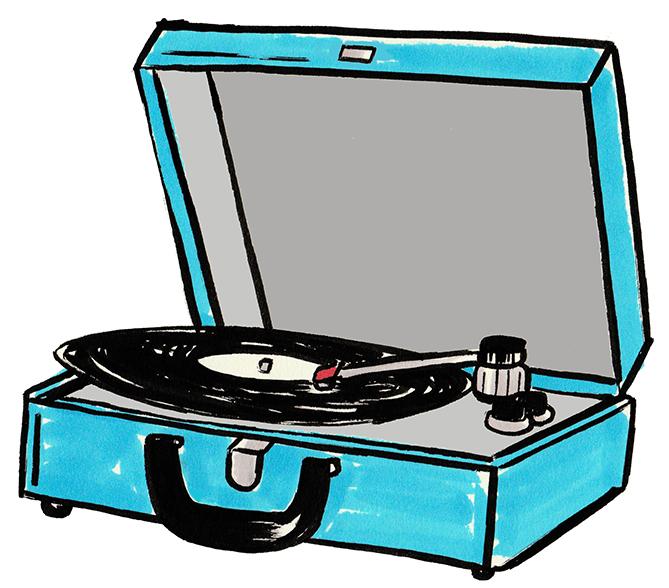 In the DIY music scene, vinyl and cassettes have never gone away. Vinyl and cassettes continue to be the staple formats for DIY music. I personally knew vinyl was on its way back when I spotted a brand new copy of Shania Twain’s double-LP Up sometime in 2004 in a record shop in Chicago. I could not believe it. It was right there next to T-Rex and Tortoise, right there behind the T card. Despite the fact that no one seems to want these dinosaurs, in 2016 vinyl sales were projected to move 40 million units according to Jordan Passman, CEO of Score A Score, which specializes in creating and licensing original music, sound design, and voice-over for all types of media. As noted by Passman, “Record sales neared the $1 Billion benchmark for the first time this millennium and that number has not been touched since vinyl’s heyday back in 1980.”

Just like records were once viewed, cassettes have also been seen as a dead format. While cassettes are not on the same level, financially, as vinyl – in 2016, National Audio sold $5 million in cassettes, compared to vinyl, which sold about 3.2 million LPs at around $30 per LP – they are wanted, collectible, and sought out as cool pieces. They are becoming collectors’ items.

The secret is out. Justin Bieber has a cassette release. Eminem put out The Slim Shady LP on tape and Purple Rain by Prince & the Revolution was re-released posthumously on cassette. Billboard lists these albums as selling nearly 4,000 copies on tape in 2016 with the number one selling cassette of last year being the soundtrack for Guardians of the Galaxy. Even though tapes are now being noticed on a mainstream level again, this will not make the underground cassettes any less collectible. Most of these underground DIY labels only press a small run of tapes with each one being hand-numbered. This makes them really limited and super collectible. The price of these DIY cassettes is usually somewhere between $5-10 whereas something on the mainstream level would maybe be $10-15. 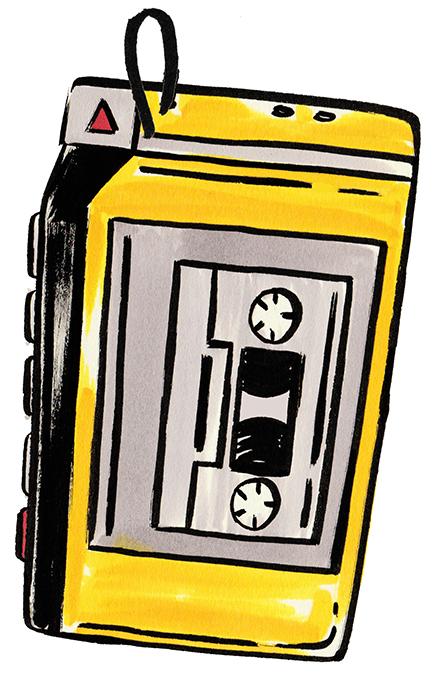 I had a conversation with National Audio, the biggest tape duplication company in North America, sometime in 2011 while ordering some cassettes of my own for my music project. They informed me that they were all finished with the Pearl Jam 20th-anniversary cassettes, so my order would not be a problem to finish in a timely manner. They were also about to buy out their biggest competitor. The tape seemed to be doing pretty well for itself. Duplicating and dubbing tapes is nothing new in the underground music scene. There are now and always have been tape labels. These are record labels that focus on releasing their artists’ albums on cassette. One well-known tape label, Burger Records based out of Fullterton California, has even created their own Walkman which they have dubbed “The Burger Buddy.” Their device is a cassette player that also has MP3 capabilities. The Burger Buddy will convert your cassette to an MP3. Burger Records is a punk and garage rock label. They have put out 1,141 cassettes to date. Their catalog includes artists such as Ty Seagull and King Tuff.At the other end of the music spectrum is Hausu Mountain. This Chicago based label releases ambient bleep and bloop drone for the modern age on both cassette and vinyl. They've worked with over fifty artists.

Regardless of which format you prefer to listen to music on there are some questions to ask yourself when considering which format to use: Do I subscribe to a streaming service? If so, which service should I subscribe to? Do I purchase a tangible artifact to prove I own it? Am I at ease with my music archives existing in the cloud? Do I feel guilty about not paying for music and streaming it for free? (This question plagues the music listener daily).

Why would anyone want to own a bunch of records and tapes when you can just listen to Spotify or any other streaming service for free? Most cassette labels like Hausu Mountain also host a Bandcamp page where the listener can download or stream MP3s, so what’s the point? Perhaps, if you are old school enough, you will get down to Ragged Records and buy yourself a copy of your favorite album on your favorite format. Any way you look at it, in 2018, you have many options available to you. But how collectible is an MP3? I’m not sure that anyone ever had a friend over to check out their Spotify collection.