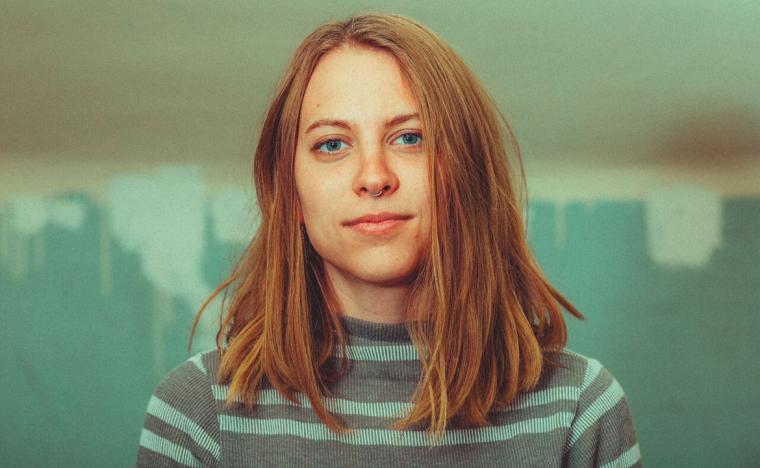 The Minneapolis-based folk experimenters of Humbird take the stage at Rock Island's Rozz-Tox on January 16.

Humbird's music could grab your attention on the strength of singer Siri Undlin’s gorgeous vocal work alone, but the band backs up her voice with inspired guitar, bass, and drum performances, all deployed in a fashion that feels like a collage of studio-production details and progressive jazz folk. Their track “December,” the most recent release via Bandcamp, crams so much into four minutes that it safely stands alone as a body of work. The track builds from a somber yet lovely progression performed on the sansula, a finger percussion instrument with tuned rods that you flick to produce a music-box-like tone. When Undlin’s voice hits the mix, singing of a cold December to match the wintry album artwork, her skill as a vocalist becomes instantly apparent. Her melodies wind up and down the scale, sounding out in lovely falsetto peaks and long-held vowels. Her style feels closer to, say, English folk luminaries Vashti Bunyan or Sandy Denny than the sugary, exaggerated vocal style often practiced by singers in the contemporary indie-folk scene. As the track continues, it becomes clear that voice and sansula aren’t all Humbird has to offer here. The band kicks into high gear as innumerable little flourishes from various hand percussion instruments, heavily effected and reversed guitar phrases, thundering bass notes, and scraped textures all wind together into a backdrop that mirrors the howl of a winter storm beating against the windowpane.

Journeying deeper into their previous recordings reveals a band that has never been content to be a run-of-the-mill folk unit. The excellent track “Your Animal” from the 2017 EP Where Else is a sublime fusion of plaintive folk balladry, kinetic jazz, and post-classical arrangement. It floats over a precise, rapid-fire snare roll and lovely upright bass figures before it breaks into an aching, open passage of windswept background vocals and searing electric guitar. Later, “Fresh Water” finds Undlin in her most wistful, lovely vocal mode, shifting between tonalities and moods deftly, with some hopeful verses and some that seem to sink closer to despondency. The real star here is the towering lead guitar performance by Dexter Wolfe, whose cutting electric tone starts off as an accent in the back of the track, providing some prickly texture for the other instruments to cut up against. The last two minutes or so of the track are completely reserved for him though, as he jumps into the center of the mix and doles out a yearning, almost heartbreaking solo that flirts with noise intensity and patches of arrhythmia (think Marc Ribot’s leads on Tom Waits’ albums, or Nels Cline in his more bombastic Wilco moments).

Humbird’s work reminds me of The Letting Go, the modern classic by Will Oldham, a.k.a. Bonnie “Prince” Billy, on which he teamed up with Bedroom Community label head and producer/arranger Valgeir Sigurðsson. Like that album, Humbird’s music has an imaginative, limitless sense of what sonic elements can contrast or accentuate the central presence of guitar and voice. Not just content to be a band jamming out their tracks, they bring a nuanced sense of storytelling and world-building with these atypical instrumental decisions. The total effect is more cinematic than purely auditory, as all the little facets that the band conjures up can’t help but shepherd your mind off to other visual landscapes. Not to harp on the Letting Go connection too much, but that album’s drummer Jim White is one third of the legendary Australian trio Dirty Three, whose approach to “post-rock” wrings so much beauty and dynamic detail from the simple template of guitar, violin, and drums. Humbird pull off a similar trick. They're a folk band that can appear on stage before your eyes, but they approach their instruments with a wider sense of the textures and unique little details they can call from them, to the point that every instrument becomes just as important to the sum total as the voice that leads them.

Humbird performs locally on January 16 beginning at 8 p.m., admission is a $5-10 sliding scale, and more information is available by calling (300)200-0978 or visiting RozzTox.com.