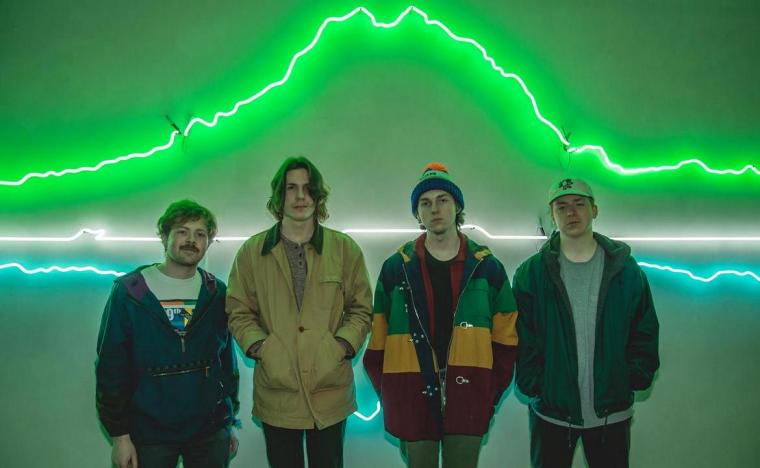 Cincinnati-based psych-rock ensemble In the Pines takes the stage at Rozz-Tox on May 4.

The five-piece band In the Pines crafts hazy, horn-flecked rock workouts that would seem equally at home on a lost compilation of Nuggets-esque psych jams from the '60s, or on the roster of one of the more open-minded rock-oriented cassette labels at any point in the last decade. It’s easy to see why this relatively young band has gained a following, however modest, since what appears to be their first proper release: 2017’s Mirror of Evolution. That album found In the Pines exploring a slightly more generic strain of bluesy, heavy psych, like a burst of '90s rock radio playing the music of Mudhoney also-rans. The group's most recent album, 2018’s San Lorenzo, ups the level of production detail and allows the songs to wind through more diverse moods and stylistic touchstones. Highlight “I’m Good” merges a brand of anthemic desert rock that you imagine performed on top of a plateau in Arizona with the effected vocals and swelling choruses you find in the post-Tame Impala school of modern psychedelic rock. The track splits open at the 2/3 mark with a spike in the tempo as the guitars blast out a jackhammer riff behind thick organ chords for the saxophone to solo over.

The presence of the sax in these tracks tilts the band in a slightly more unique direction than many of their would-be peers in the indie circuit. At times, the horn takes over the arrangements with woozy, almost noir jazz leads, the kind of playing you might hear after midnight in the corner stage of a solid dive bar. These moments cast the band closer to the moody grunge ballads of bands such as Morphine, who offered enough grit to place them into the rock world but who weren’t afraid to get smoky and darkly melodic as a counterweight to any cruder riffing. In the Pines’s “Lotus Sofa” really hammers home the Morphine vibe, as the sax winds its way through the center of the mix and casts off descending melodic lines fit for a downtown rooftop chill-out at sunset.

Elsewhere on San Lorenzo, In the Pines' musicians prove their range as they try on some other varied styles. “May I Kindly” kicks on the distortion pedals and grinds its way through a series of heavy licks before streaking off into a double-time prog shuffle draped in melting synth lines. The eight-minute riff-fest “Before Now / Everyday” lurches through start-and-stop rhythmic patterns and passages of blissed, major-key comping, before culminating in an almost gospel-tinged jam ending in the spirit of the Dead or the Allman Brothers. Album closer “Why Oh Why” dips down into the realm of hushed acoustic balladry, as baroque guitar lines layer together over a chiming, finger-picked central motif.

In the Pines plays Rock Island's Rozz-Tox on May 4 with additional sets by Strange Foliage and Leather Parachute, admission to the 9 p.m. show is $8-10, and more information is available by calling (309)200-0978 or visiting RozzTox.com.