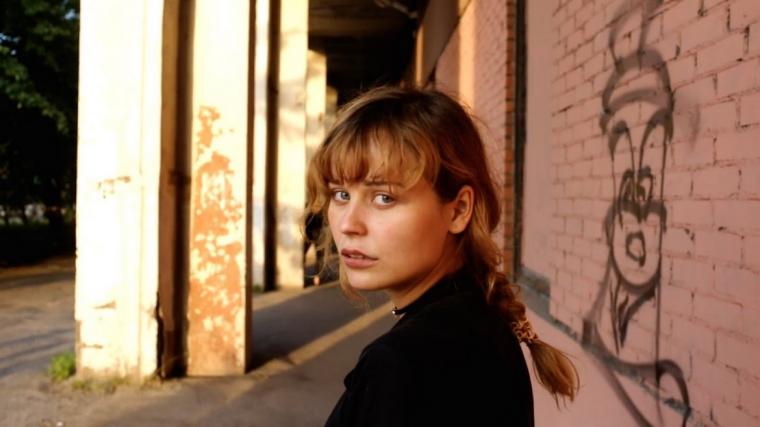 Kedr Livanskiy brings her brand of dreamy dance-pop and dense, club-ready production born in the Russian underground to Rozz-Tox on July 3.

Positioned somewhere between smeared, ghostly pop music in the style of the early 4AD catalog and the realm of the straight-up four-on-the-floor rave, Russian artist Kedr Livanskiy approaches her music from the perspective of an all-in-one talent. Though principally a pop vocalist whose delicate melodies float in a haze through her tracks, Livanskiy writes and produces her own material and exerts full control over the final product of her music. Her productions bounce over staccato drum patterns full of clanging hi-hats, steady bass drums, and crisp 808 snares, evoking the aquatic ambiance of Drexciya’s catalog of electro classics. Alongside the percussion, Livanskiy funnels in layers of moody synth pads and chiming melodies that don’t hog the spotlight, but rather swirl in their own strata of the mix in cyclical loops and patches of drift. One gets the sense that if her beats stood alone, and her tracks were mastered with that in mind, they would be huge club-bangers in their own right, as they bounce with an energy and a sense of narrative development a couple rungs of the ladder above the fare you might hear laced into a house DJ’s set.

Livanskiy’s nuanced vocal arrangements elevate her project to greater heights of pop songcraft. While her voice rarely cuts through her productions with the intensity of typical western radio pop, her melodies remain wholly striking and hypnotizing in the context of her intertwined electronic elements. Take “Your Need (твоя беда),” a highlight of her just-released album of the same name. The track flirts with the harsh orchestral stabs of trance and the melting vocal samples and brittle piano lines characteristic of '90s house music. Her lead vocals don’t even hit until the track’s halfway point, and even then they sit far back in the mix – she’s belting out her melodies, but they sound as if they’re reaching us from the end of an industrial corridor or some faulty telephone line. Elsewhere on the album, the spectacular “Bounce 2” adopts an alien laboratory sound palette that has more in common with U.K. grime than any more club-centric dance genre. Here we realize that the looped vocal samples on these tracks are in fact her lead melodies themselves, chopped and re-constructed into a network of vocalizations that serve to carry the momentum forward instead of taking center stage.

Tracks such as the the standout “Your Name” from her 2017 album Ariadna (released through Italians Do It Better / Captured Tracks offshoot label 2MR) percolate with physical movement while projecting a sense of melancholy from the minor-key synth programming. The track’s beautiful accompanying clip, which has racked up over a half-million views on YouTube, follows a group of Russian teens through their daily lives in the dance scene as they drink and smoke in a post-industrial meadow and stare meaningfully into the sunset before ending up – where else? – at the club. Her track “Otvechai Za Slova (Keep Your Word)” from her 2016 EP January Sun bubbles with a slightly different atmosphere closer to heavy jungle or drum-and-bass production, as kick drums and jittering breaks rocket along at a high BPM behind warped vocal samples and gently throbbing synth lines. The video shifts the spotlight directly onto Livanskiy herself as she dances seductively in a red dress on a speed boat and whips a prostrate shirtless man on his chest with roses. The video perfectly captures the kinetic mania of her tracks in all their mystery and oblique sex appeal, equal parts late night reverie and eternal underground rave.

Kedr Livanskiy plays Rozz-Tox on July 3 with opening sets by Bold Little Airwave and Pulsing, admission to the 8 p.m. show is $12-15, and more information is available by calling (309)200-0978 or visiting RozzTox.com.