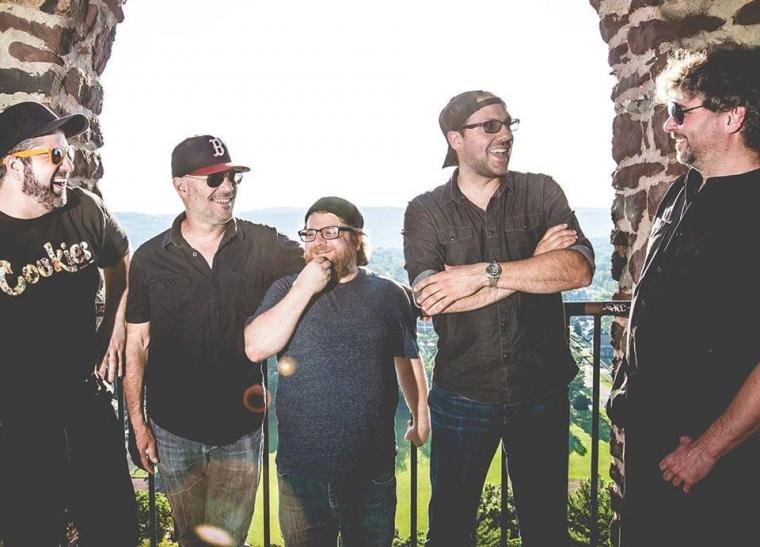 I had never heard the music of Kung Fu before sitting down to check them out for this piece, and let me tell you: I was not expecting it to be anything like it is. I knew it was “funk” and I knew it was somewhat in the vicinity of jazz, but what we have here is full on progressive fusion shredding, heart-on-sleeve virtuosity, and electronic-abetted rock weirdness. The band name checks fusion masters including Herbie Hancock’s Headhunters and Weather Report in its press materials, pointing out some big shoes to fill in terms of influence, but it turns out that the group handily lives up to those touchstones.

Aside from the rock-solid bass-and-drums rhythm section, the band highlights three lead voices that each bring a spellbinding deluge of notes and melodies to the table. Guitarist Tim Palmieri seems equally comfortable in far-flung realms of six-string pyrotechnics as he veers between clean-toned, jazzy comping to effects-drenched space exploration to a harder edged, distorted style of playing that really shines in the band’s synchronized lead passages. Keyboardist and synthesist Beau Sasser is also constantly handling double or triple duty when it comes to his contributions to the band’s swirling sessions, laying down complex chord progressions and pads of harmony, or tearing off into fleet-fingered upper register runs in time with the other voices.

The band’s secret weapon isn’t really a secret at all, because when saxophonist Rob Somerville is present in the mix, his massive horn tones can’t be ignored. His playing switches from skronky, overblown bleats of brass mania to improbably fast solo runs that wind up and down scales with ease. This isn’t even to mention bassist Chris DeAngelis, whose playing keeps one foot in the zone of repetitious, bouncy grooves and another foot in the camp of full-on lead performance. His bass lends some weight and punch to the moments in which everyone in the band is hammering out one riff together, resulting in melodies that cover the entire spread of the equalizer from the lowest lows to the highest highs.

The band follows the classic sonata form of jazz performance by introducing a “head” melody (typically some blisteringly fast, cascading line that everyone in the band follows to the letter) before segueing into an extended middle section of development animated by improvised solos from individual members, before locking back into the head melody to finish it off. These head melodies serve as a kind of shock-and-awe tactic for listeners, especially in a live setting, as the band gets a chance to tear into 30-second-note runs that leap all over the place, like a James Brown funk groove played back at double the usual speed on a turntable.

Though clearly versed in jazz and funk, the truth is that Kung Fu’s music fits tidily into the jam band scene more than anything. Here are dudes with prodigious chops, playing elementally groovy music capable of inspiring people to dance, and all of their songs feature minutes-long solos in which the players get to really show off. Sounds like jam band territory to me, for sure. And that’s not a bad thing. Far from the cliché of the stoned, noodling String Cheese Incident-type jammers, Kung Fu’s background in jazz fusion and clear sense of discipline make sure that their jams always serve some greater purpose in the context of the song. Though the musicians meander at times, everything comes back to those tight, interlaced head melodies and complex chord structures.

Kung Fu plays the Redstone Room on December 12 with an opening set by the Ben Miller Band, admission to the 8 p.m. show is $17-20, and more information and tickets are available by calling (563)326-1333 or visiting RiverMusicExperience.org.