Undermining the Familiar: Lewis Knudsen, “Philip”; May 25 at Skellington Manor 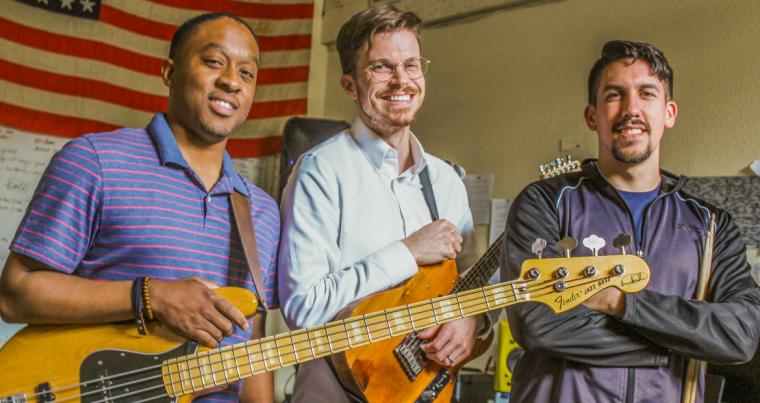 Glancing at the song titles for Lewis Knudsen’s upcoming release Philip, you can see a thread of religion: opener “All My Sins,” “Heaven on Earth” in the middle, and closer “Jesus & Mary.”

That last one, a gentle piano ballad, carries the most weight with its position and unmistakable Christian icons. Except ... it’s not Jesus’ mother that the title references. And, in a clever twist, the song makes no mention of God, stripping the stories down to human characters and relationships.

There’s a lot to unpack from this simple song, and it’s a good summary of Knudsen’s songwriting strengths and the album overall. He’s full of surprises, and he takes many songs to interesting places a listener couldn’t possibly expect. 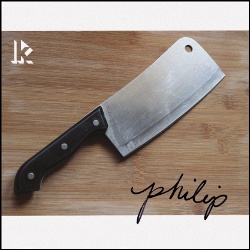 That starts with “All My Sins,” a stark departure – stylistically and sonically – from his recent albums. Breaking from those records’ muted pop, the first track of Philip is a sharp-edged bluesy rocker.

But Knudsen isn’t satisfied with that curveball. The lyrics, while expressing typical regret and pleas for salvation, re-frame the issue; it’s the punishment more than the crimes: “All my sins they cost me so much money. / Got me thinking that I’m never gettin’ out of debt again.” But paying a price is better than the alternative: “Lord have mercy on the ones that have never been to prison for their sins. / They’re the only ones who got no idea what kind of trouble that they’re in.” (In many of these tracks, Knudsen’s lyrics don’t scan well on paper as the songs build, but his polished delivery smooths things out.)

In a similarly complex vein, “Slow Lane” casts failure in an ostensibly positive light with its warmly gentle treatment, but it’s clear we’re meant to look down on the risk-averse narrator: “I’ve made up my mind I’m not gonna even try. / If I’m not racing then you can’t say you beat me.”

If Knudsen has a formula, it’s to set the table with straightforward song titles or familiar lyrical hooks and add shading through thoughtful ambivalence and ambiguity.

That works extraordinarily well on Philip’s front half, but the back end hits some wrong notes – too earnest and direct in message, with contrasts too broad and stark to resonate. As a result, there’s little nuance or credibility in “Heaven on Earth” or “Music Is the Only Drug I Need.” “Keep Up the Fight” has a lovely, patient treatment, but its theme of reconciliation is little more than noble sentiment.

The songs work much better when they’re more opaque. The peppy, punky pop of “Home of the Brave” invokes the American dream but questions the cultural desire for each generation to be more successful than the one before it. The chorus has a certain glibness to it – “Life, liberty / Where I devour you / Before you have the chance to devour me” – but the song’s politics overall are complicated and open.

On “Color & Warmth,” Knudsen crafts his effects simply, with a tonal shift from melancholic tension to a bright yearning and back again. The words are unfulfilled throughout, but the dark fog of everyday trials lifts long enough to let in the light of larger dreams.

As with his albums from the past few years, Philip is wide-ranging, although the consistent clarity of the production (by Patrick Stolley), the sharp songwriting, and the alluring singing provide coherence. (The album was mostly recorded live in one day.) Even when Philip goes in unwelcome directions – such as, for me, the synth-heavy slow-motion soul of “Be in the Time” – Knudsen’s intelligence and vision go a long way.

Philip will be available on May 25 at Ragged Records and on music-streaming services, with a CD-release concert on Thursday, May 25, at Skellingotn Manor (420 18th Street, Rock Island). Admission to the 7 p.m. all-ages show is $7, and the concert will also feature leahleah.