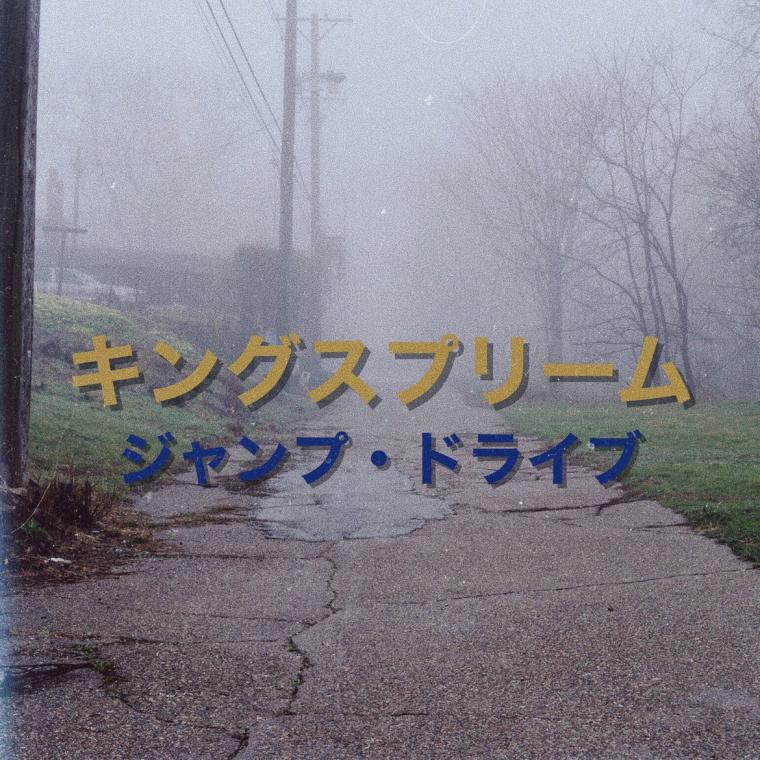 Davenport-based producer K1ng Supr3m3 breaks out the crates and gathers together a network of dusty samples and fluid drum patterns for ジャンプドライブ (Japanese Katakana for “Jump Drive,” which might lead us to believe that these tracks were sourced from a particularly packed flash USB stick). The instrumental beat tracks on display here cull from a wide array of sources, from Nas’ classic “It Ain’t Hard to Tell” (“I excel / then prevail”) to a number of seamless flips from what sound like particularly windswept movie soundtracks, to bursts of sax-laden smooth jazz. The samples form only one part of the puzzle here, as the percussive structures that they drape over prove to be just as compelling and expertly programmed. Volleys of 808 bass and crisp toms mesh together with bone-thick snares and rapid hi-hat patterns that evoke modern trap, footwork, and juke. Though the full release breezes by effortlessly in around 30 minutes, Supr3m3 makes sure to load each track with enough twists and breakdowns to keep us steadily grooving along with him. Highlights such as “Spirit Gun” make the most of a spread of overlapping sampled sound sources, including whirls of wistful organ, lush passages of orchestral strings, and that wailing siren in the background that can’t help but call back to Donuts-era Dilla. Though these would all essentially serve as perfect beats for an MC to coast over, the presence of vocal samples and turntable scratches here helps them ascend to the level of engaging listening on their own terms as “instrumentals.” 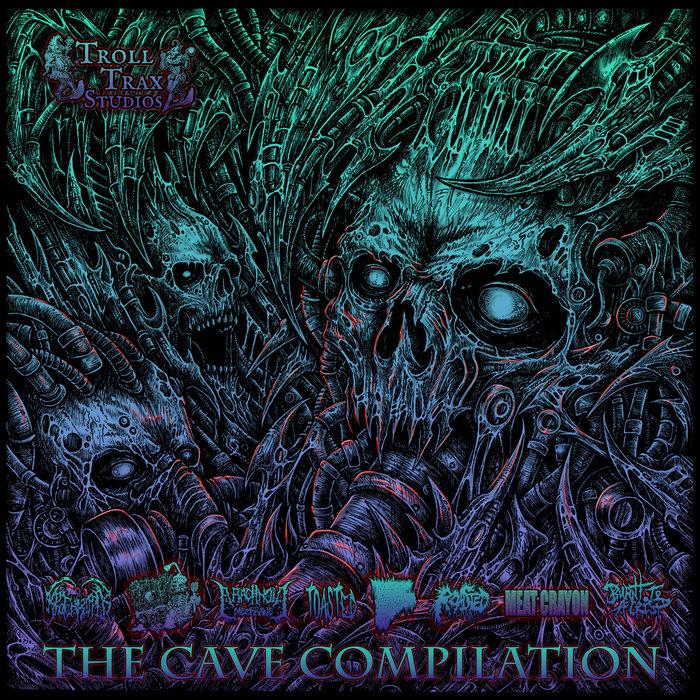 You gotta appreciate a well-curated compilation for its ability to rope together the disparate threads of a scene and demonstrate exactly how many different artists are working within a similar idiom, even in a relatively compact geographic zone. Rock Island-based label Troll Trax Studios nail this synergy with The Cave Comp, which lands March 1 as a CD release. The tracks that the label already has uploaded to Bandcamp prove extremely promising for the state of the full comp, as they spread their disgusting tentacles through the realms of rapid-fire grindcore bangers and technical death metal beatdowns. Arachnoid Membrane stuff a ballistic level of guttural intensity and head-spinning riffage into the one minute running time of “Encephalon,” which churns with the energy of vintage Pig Destroyer – if you replaced J.R. Hayes’ voice with something a little closer to the gargled, unintelligible school of death metal vocals. Attack from the Tub approach their one-and-a-half minute track here with a similar progressive intensity, conveyed especially in the fiery drum performance loaded with syncopated cymbal hits and triple-speed kick drum work. Toasted let things stretch closer to classic d-beat death metal a la Swedish progenitors Entombed, complete with that tinny yet lacerating guitar tone in the vein of the legendary Boss HM-2 – complete with vocals that sound like a dead ringer for Nile’s Karl Sanders. Overall, an exciting preview of a compilation sure to be bloated with other unimaginably foul metal pleasures. 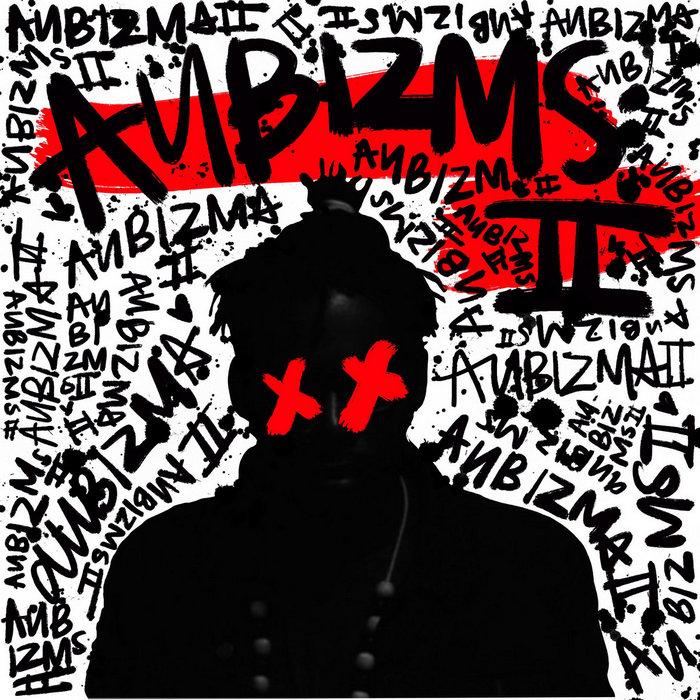 Rock Island rapper/poet/producer Aubs. has appeared in the Reader’s pages before, but his album Aubizms that landed in December definitely feels like a level up for his practice. His approach on the mic strikes a balance between the styles of hyper-literate, tongue-twisting rap in the orbit of, say, Busdriver, and a brand of more stream-of-consciousness, purposefully arrhythmic rhyming that skirts closer to the best of slam poetry. Aubs. has a great ear for incorporating a poetry-inspired syntax and rhythmic approach into the context of more Stones Throw-esque production. He isn’t afraid to let a bar crumble before our ears and break into spoken sentence structures, before winding his way back into more labyrinthine internal rhymes. His command of the flow of each bar comes to the fore when he lets individual phrases drape from one measure to another, or when he punctuates a rhyme with a single word that stands alone in a bar, kicking us as a firm caesura in an otherwise chaotic rhyme scheme. It’s refreshing, even surprising, to hear him drop references to his community in the Quad Cities, when a Pepsi Challenge blind listen would probably place him somewhere in the L.A. scene that surrounds Brainfeeder and its many offshoots. The production throughout proves just as inspiring as Aubs.’ rapping. His beats float over bright vibraphone lines, elegant piano bar jazz, and even disembodied passages of textural noise that sound like the wind ripping through a highway tunnel. When he lets the percussion elements totally drop and coasts in almost-acapella zones, he acutely focuses our attention before throwing a stuttering beat back into the mix. 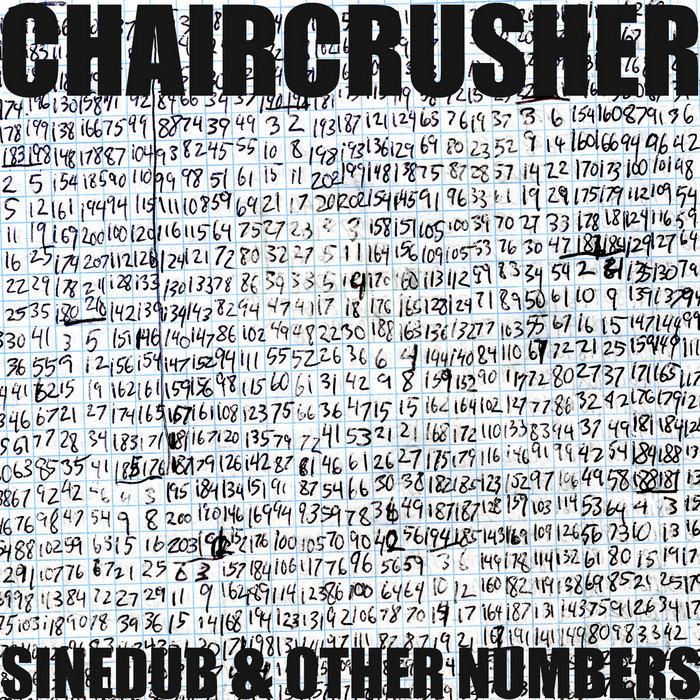 I loved Iowa City producer Chaircrusher’s previous full length effort, 2020’s DAY DAY. But it’s clear that the artist (born Kent Williams) has been woodshedding hard for the tracks that appear on his forthcoming Sinedub & Other Numbers. Though we’ve reached an era when the busy IDM production of touchstones like Aphex Twin, Squarepusher, and Autechre almost seem like relics of the past (even as all of these artists continue to release new music), it takes a contemporary producer like Chaircrusher to remind us that any expertly constructed, multi-layered techno track still has the capacity to thrill and surprise us, no matter where it comes from. “Way Station,” the album closer that currently sits on Bandcamp for your listening pleasure, lives up to the “dub” part of the album’s title with its washes of heavy bass and delay-drenched lead voices — veering closer to Basic Channel and its offshoots. The track never wears out its welcome over its seven minute presentation, as Williams allows each synth line to air out and warp together into novel configurations, tracing ghosts of melody alongside more purely textural elements. His drum programming possesses a similar narrative flair as it shifts from steady kick patterns into more skittering passages animated by a muted hi-hat that hits like the click of a drumstick on a wooden chair. “Acorn Squash” ups the ante with a series of lead voices that sound like chiming dulcimer tones, all planted over squelching baselines and melodic swells of synth drift. 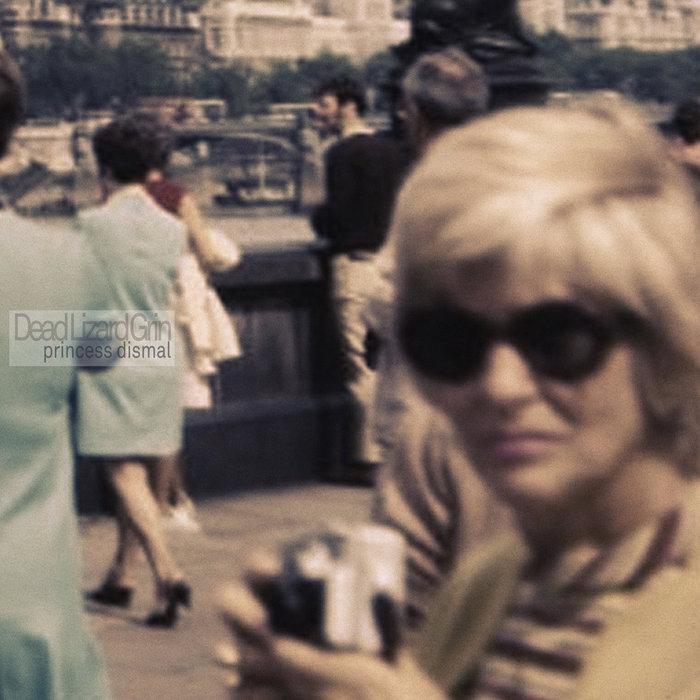 No spread of the Reader's local-music coverage would be complete without a fresh entry from Rock Island’s resident ambient/drone kingpin Terry Skaggs, a.k.a. dead lizard grin. He bills his December release Princess Dismal as “an assemblage from the past year featuring pieces that didn't find homes in other releases,” and we can consider ourselves lucky that these takes made their way out into the public. The two part title track stretches over the course of 25-plus minutes that ultimately prove even more spectral than most of his other recent work, as both parts highlight virtually empty spreads of single synth tones that crest into view in long, slow waves of activity. Skaggs’ attention to detail in the sculpting and presentation of his synth voices ensures that even the more minimal side of his craft, presented mostly without contrasting sound sources or interlocked synth elements, proves just as captivating for listeners to sink into and float away for a while. A track titled “The Zero Point” sits at the heart of Princess Dismal, and winds through a side-long, 18-minute slab of dissonant drone and ghostly synth leads that ups the intensity level a few notches above the title track(s). The track’s extended narrative finds room for electronic banshee howls in no regularly discernible tonality, angelic pad passages that land closer to a major key bliss-out, and widescreen workouts that fill the stereo spread with quivering synth voices. 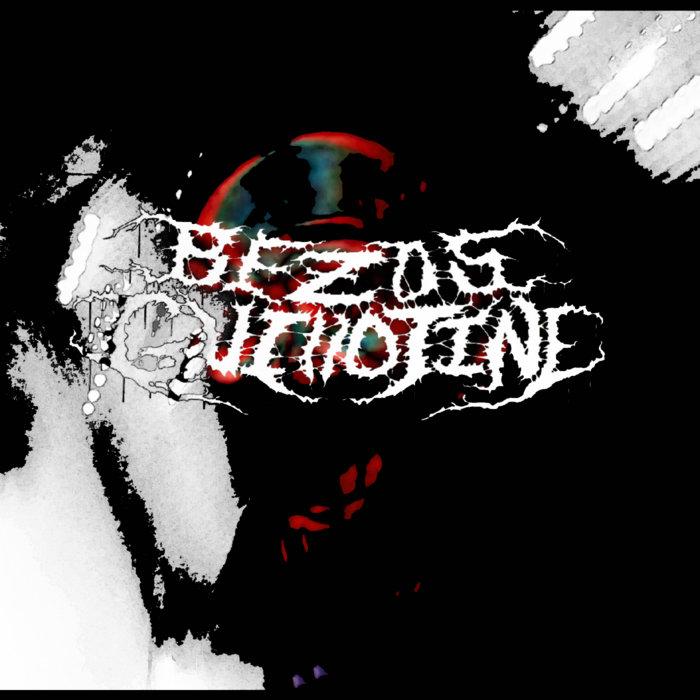 When we last heard from Iowa City's experimental/dark ambient explorer Bezos Guillotine (spectacular name, right?) on his mid-2020 effort Ghost Breath, his practice seemed to center more directly on his prepared guitar performances somewhere in the neighborhood of the more abrasive parts of the catalogs of Kevin Drumm or Keith Rowe. On this new release, which seemingly originates as a performance planned for a live-stream event, BG stretches out and tinkers around with a menu of other sound sources, from plaintive piano lines, to walls of absolutely excoriating harsh noise distortion, to ghostly vocal samples. The variety here works in the artist’s favor, as the contrast between the more overtly blown-out segments and the shorter, more legible interludes gives listeners an ear break before blasting them once again with peals of brutality. Tracks such as “[unknown transmission]” showcase somewhat more straightforward guitar playing, as minor chords curlicue off into a bed of voices that seem to be sampled, at least in part, from Twin Peaks. (A track titled “The Perc in the Fisholator,” a play on Jack Nance’s delivery of “There’s a fish in the percolator!” from Twin Peaks, gives this away.) Elsewhere, “Ghost Breath (Ice Hell Edit)” strips away the layers of pure noise to zero in on a more concentrated palette of stuttering percussive blips, and what sounds like a guitar chugging up and down a mutant scale through ever-more-disfiguring effects processing.