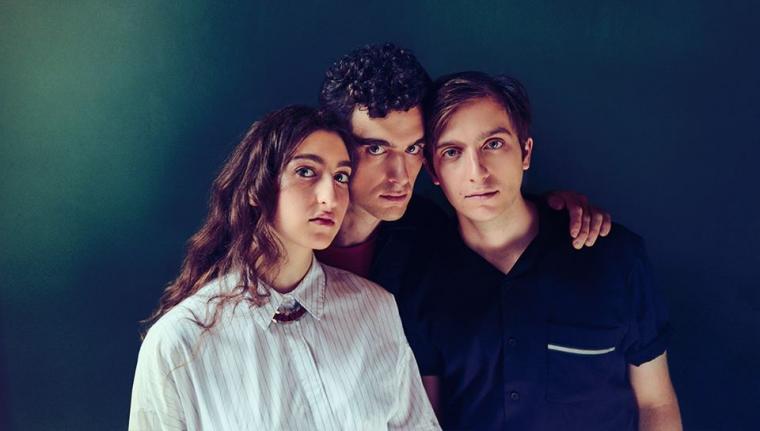 NYC-based brother-brother-sister trio Bailen lands at the Triple Crown Whiskey Bar & Raccoon Motel for a Moeller Nights concert on February 24. While the siblings’ natural synergy as vocalists makes for some thrilling group harmonies and trade-off leads, the band's collective sense of arrangement and production proves to be just as striking.

On their new album Thrilled To Be Here (due April 26 on Fantasy Records), Bailen hovers in the genre-agnostic hodgepodge of modern indie pop/rock where tropes of any and all musical styles are fair game. Advance single “I Was Wrong” kicks off with a tightly synchronized guitar lick that wouldn’t sound out of place on a Byrds record before settling into a wistful country mood for the verse, built over a thumping kick/snare hip-hop beat. Hearts swell when all three siblings come together to belt a soulful chorus, but an even more thrilling moment follows as the mix clears up and Julia Bailen gets a solo spot for a brief and gorgeous post-chorus that highlights each breath and tremolo detail of her performance. The song drips with interesting details, such as a wash of synth texture that consumes the mix at one point, or a light-footed bass guitar fill that pops up in an empty spot in the verse. Clearly, Bailen is not content to turn in standard pop fare, opting to differentiate each segment of their tracks with flourishes that attest to a knowledge of the studio as an instrument.

The secret weapon here is Grammy-winning producer John Congleton, the Texan indie mainstay who helmed projects by such bands as Midlake, Explosions in the Sky, and Polyphonic Spree before going even more major with ex-Spree member Annie Clark a.k.a. St. Vincent’s acclaimed solo albums (and, well, more than 400 other producer and engineer credits to his name). Congleton’s style always adapts to the musicians he works with. He’ll step back and go bare bones if the material demands it, as in Angel Olsen’s stunning Burn Your Fire for No Witness, or he’ll work to incorporate layers of extra instrumentation and atypical elements that elevate a project far beyond the guitar-bass-drums rock format. In the case of Bailen, we don’t have much more than “I Was Wrong” to go off of yet, as the album’s release date sits months away still. While that track points to the more ornate branch of Congleton’s production style, the voices of the band members prove more than strong enough to hold their own at the center of the dense, detailed mixes.