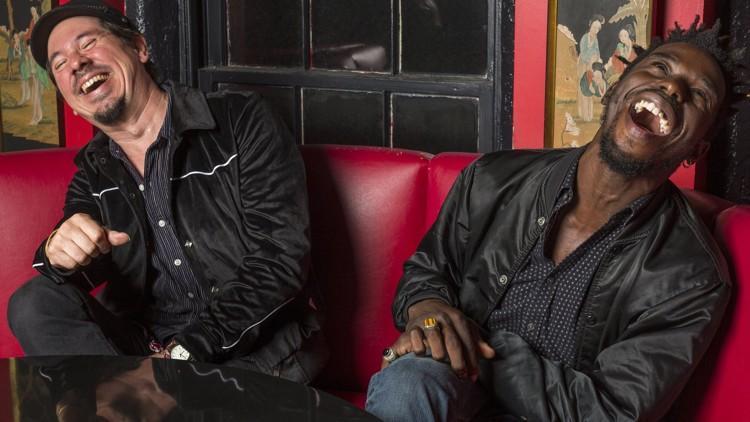 Black Pumas have been making waves on national and international touring circuits with their brand of genre-melding omni-pop that combines eminently pleasing vocals in the spirit of classic soul icons such as Sam Cooke and Otis Redding with an eclectic production style that culls in magpie fashion from numerous pop and soul traditions. Lead singer Eric Burton sits at the shining center of each arrangement, belting out vowel-smearing vocal lines that rise from a low rumble up into soaring falsetto moments. He carries with him an undeniable star power, and a confidence on the mic that translates perfectly from controlled studio sessions to the realm of live performance.

The first moment that Burton’s voice hits each arrangement brings with it a kind of pleasant anachronistic surprise, as his delivery seems so acutely tuned into the earliest era of soul music, back when the institutions of gospel and religious music draped over and influenced the style of increasingly mainstream R&B. Meanwhile, R&B sought to break from tradition and establish its own set of tropes and lyrical themes that could exist outside of the strict tenets of liturgical music. Cut to modern day, and Black Pumas’ music finds Burton singing with a passion and intensity that would be as much at home in a church service as in a small, steamy venue splashed with low lighting and swirls of smoke gathering in the corners.

The band’s production straddles eras and traditions in a similar fashion, as any given track will flit from lush passages of Al Green-core soul balladry, draped in dry, layered guitar chords and swirls of electric keyboard and organ, out into interludes of loose-limbed live and programmed percussion that land closer to the post J Dilla beats and throwback soul acts such as Meyer Hawthorne or Aloe Blacc on the roster of Stones Throw Records. Grammy-winning producer/guitarist Adrian Quesada can take credit for the hyper-professional level of production quality here, as these tracks seem primed to bump from car speakers on a hot summer evening, or color in the atmosphere on the soundtrack of any modern TV drama. Quesada’s percussion-heavy production style sets the drums and bass in the forefront of his mixes, resulting in a more active series of grooves for Burton’s vocals to weave through, as the more treble elements pop into view in a loose mosaic of contrasting voices.

Black Pumas’ self-titled debut album just landed in in late June, and the band deftly proves that they can hold our attention of the course of an entire full-length. Highlight “Fire” jitters with a rattling Mission: Impossible-core guitar line that immediately calls Portishead “Sour Times” to mind, but Quesada spices up the arrangement even more with flights of tightly harmonized horns that call back more directly to hazy reggae and dub production. The band strips away some of the embellishments for the gorgeous ballad “OCT 33,” which sports a slow-descending, chromatic chord progression that channels “While My Guitar Gently Weeps,” as seen through the lens of early soul. Burton shines here, as his vocals crest into gorgeous upper register moments while the production slowly introduces Wurlizter organs, bongos, and subtle background vocals. 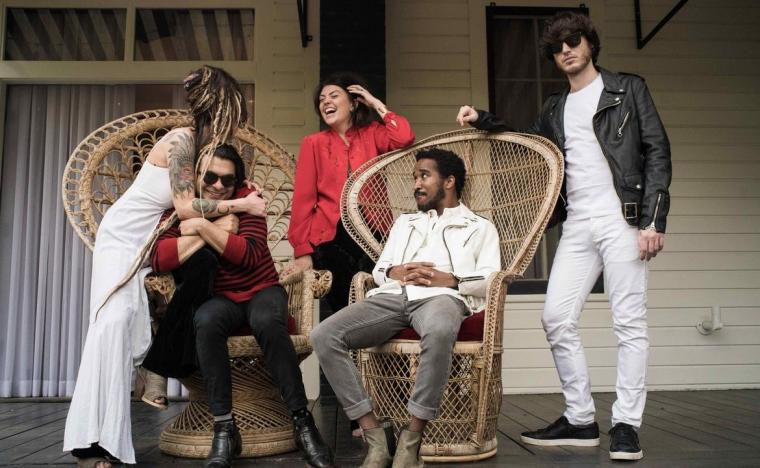 Fellow Austin band Los Coast provides a nice complement to Black Pumas’ music, and makes perfect sense as a fellow touring act. Their music falls closer to groovy, party-starting funk, animated by bouncy organ lines and skronky guitar work. Lead singer Trey Privott wails into the mic in a charmingly gruff, rough-around-the-edges vocal style. Still capable of breaking into higher registers when the time calls for it, Privott spends most of his vocal takes in a raw, half-sung shout style that meshes well with the band’s more upbeat tracks. Guitarist John Courtney leaps into the spotlight every so often with a fiery solo that sparks the band’s compositions closer to the world of psychedelic jam band fare, or southern rock á la The Allman Brothers. Watching live videos, you can visibly witness his bandmates start to grin when his solos start to heat up against their winding backbeats.

Black Pumas and Los Coast play the Triple Crown Whiskey Bar & Raccoon Motel on July 16, admission to the 7 p.m. show is $15, and more information is available by visiting MoellerNights.com.