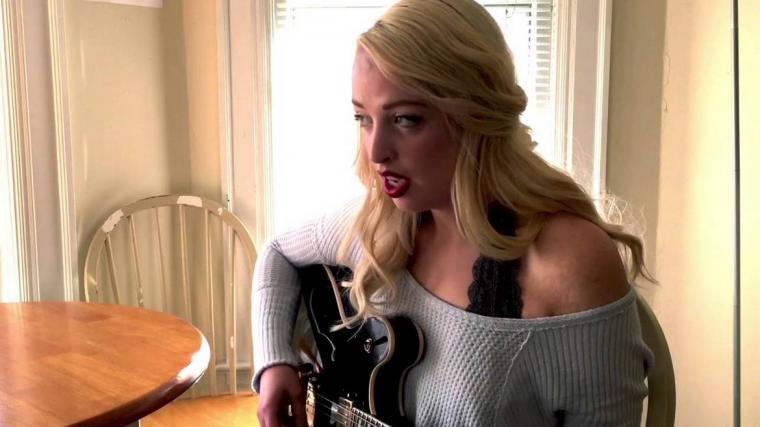 Though the lead single off Elizabeth Moen’s newest album A Million Miles Away bears the hilarious title “Time Is a Shitty Friend,” Moen’s delivery on the track carries barely a hint of humor, skirting closer to the realm of regret and triumphant reclamation. Moen’s voice falls into the category of soulful, almost-but-not-quite-country singers that have taken over indie music in the last decade or so (see Angel Olsen, Sharon Van Etten, Julien Baker). Moen stands out from her peers in the moments in which her voice climbs up closer to the top of her range, and she gets the chance to belt out her phrases with an almost distorted tone. From a songwriting perspective, Moen knows how to keep her tracks interesting, and isn’t afraid to sculpt narrative song structures that shift entirely into new riffs or sections that have little to do with previous segments. Take, for example, the bridge of “Time Is a Shitty Friend,” which not only entirely changes the tempo and the mood of the song, but seems to stand as its own little miniature sketch build on searing guitar lines and martial drumming, planted within an otherwise more languid, contemplative track.

“Red,” the opening track on A Mllion Miles Away, stands as a kind of one-stop shop for what defines the music of Elizabeth Moen. The track stands out not only for her impassioned vocal delivery, but for the dynamic performance of her backing band, which ably shifts through sonic territories such as Motown soul balladry, twangy country, and more straightforward rock. The drums wisely refuse to sit still, moving far beyond a generic rock backbeat into tighter, funkier breaks, and tight snare rolls. The two guitars clash together as great complements to each other, one pounding out all amp-distorted chords and one winding through beautifully clean, toned leads. Against all this, Moen’s voice tugs at our heartstrings with cascading melodic figures and confident proclamations such as, “I am not deceived, while I can see between all your pretty lies.” Here is a narrator who has seen despair, who has overcome hardship, and who isn’t afraid to seek out some form of love again, albeit with a slightly more skeptical eye. “Red is your color, boy / Did anybody ever tell you that?” she asks, in full control of the situation, knowing that she probably has this man wrapped around her finger, yet perhaps not quite ready to fully invest herself. The live Daytrotter session of the song from September 2018, which has a full video on YouTube, catches Moen in her element, totally acing the live vocals here, clutching at a coffee mug the entire time and smiling widely between lines, as if she can’t help but nail it even at her most casual. Her chemistry with her background vocalist and her band is on full display here, as they wind through the soulful jam like a group that just stepped out of a time capsule from Stax Records in the '60s.