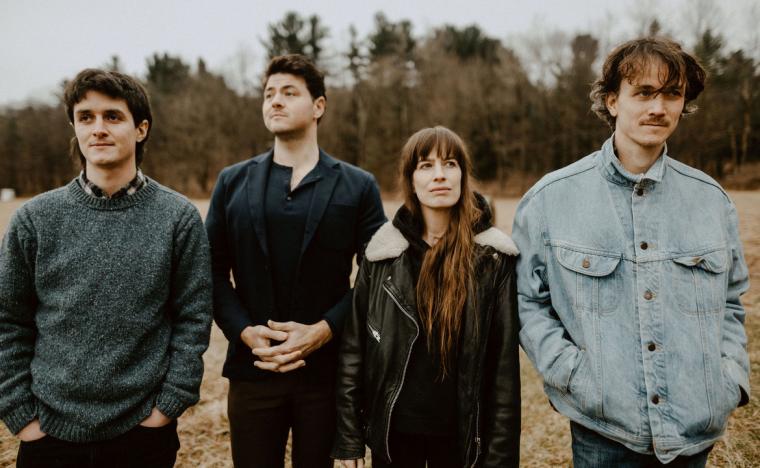 The Felice Brothers, a folk-rock/country band from the New York Catskills, land at the Triple Crown Whiskey Bar & Raccoon Motel on August 15.

By this point, one might imagine that we’ve heard every possible permutation of the kind of sentimental, ramshackle, countrified folk music that seemed to dominate pop radio from the early 2000s onward – think groups on the wide axis that include the Avett Brothers, Fleet Foxes, and Edward Sharpe & the Magnetic Zeroes. Well, the Felice Brothers are here to say, “No, countrified folk rock still lives, and we are it.” In truth, the band has been around for more than 10 years now, and in that time it's put out, by my count, 12 full-length albums, recording and releasing music at the surprisingly rapid clip of at least one album per year. Their commercial peak hit with the 2011 release of the album Celebration, Florida on revered bigger-than-indie label Fat Possum Records. Four albums later, the band finds itself on the wide-spanning Yep Roc Records for their newest effort Undress.

Undress dispenses with much of the more hokey, bright-eyed folk pop fare, and favors a more loping, mid-tempo gait through moodier emotional territory. The beautiful “Poor Blind Birds” swells into gorgeous multi-part vocal harmonies that rise behind lead singer/songwriter Ian Felice’s weary voice, which lands somewhere between the charmingly imperfect drawl of Will Oldham and the more upper-register, overtly melodic branches of Bob Dylan’s catalog. Two thirds of the way into the song, Felice hits a particularly warped little mewl of a note whose presence in the final mix here demonstrates the band’s casual, honest approach to recording and songwriting. The album’s title track shifts the energy down even lower into a slowly shimmering ballad built over lovely electric keyboard, which suddenly sparks into a sprightly, upbeat rock number with the line “Republicans and Democrats undress. Even the Evangelicals.” Uh oh. That’s right folks: The Felice Brothers get political here. But the overall message here is one of “We are all equal. We all undress. We are all stuck in this world together.” With mentions of “mushroom clouds,” “the Pentagon,” and ”conservatives in lobster bibs” (ha ha), the track achieves a strange mixed tone that lands somewhere between tongue-in-cheek political commentary and, given the bright major-key tonality and peppy saxophone spirals, some celebration of the self-regulating chaos that governs society.

“Special Announcement” falls closer to a more classic country-folk stomp, but with the central refrain of “I’m saving up my money to be president,” we once again slip into political territory. Ian Felice sings of political corruption, inhabiting the role of a bought-and-paid-for president (who could this be referring to?) who hobnobs with criminals and mobsters (which rhymes, naturally, with “lobster” once again). At one point, a tinny lead guitar line plays the full melody of “Hail to the Chief” as the song’s progression remains unchanged. If it were possible to convey sarcasm by way of the guitar alone, the Felice Brothers achieve that here. The track offers a counterpoint perspective to its political vagaries when Felice asks, “How much does it cost to love the rain? To watch the multicolored clouds as they form a chain?” Here, he shifts the spotlight back to nature, as if to say, “It’s free to admire the simple beauty around us.” Of course, modern life in America pretty much forces artists to reckon with politics at this point. For a singer/songwriter to address the state of the world in his lyrics and not to take some kind of stance on the American government, or the state of the White House, is tantamount to burying your head in the sand. The fact that the Felice Brothers temper their political observations with some semblance of optimism, and often present caustic takedowns in a bright, major key melody, speaks to their savvy as songwriters and their ability to entertain while challenging their audience.