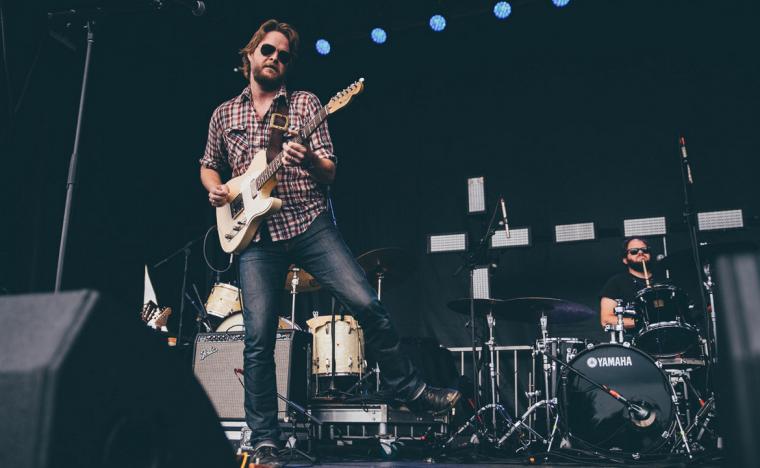 The first Moeller Nights Fest, previously known as GAS Fest, lands at The Rust Belt in Moline from February 14 to 16, and its stacked lineup covers a spectrum of contemporary rock, country, and singer/songwriter fare in step with Sean Moeller’s homespun yet progressive curatorial inclinations.

Bigger names such as Anderson East and Hiss Golden Messenger share the stage with a roster of bands making their way up the ladder of the extended indie scene, along with a few welcome wild cards culled from the worlds of hip-hop, garage rock, and electronic pop. Though the forces that be have presented the lineup to the public as one unified batch without indicating who plays on which night of the fest, the consistently high caliber of the projects involved guarantees an engaging bill no matter which night (or nights) one plans to attend.

While Alabama-born headliner Anderson East bills himself as a southern soul/R&B singer, owed primarily to his luminous, ballad-ready voice, his background in Americana, blues, and roots rock shines through in the accompaniments performed by his full ensemble. His most recent album Encore, released at the start of 2018, earned him a Grammy nomination for Best American Roots Performance for the track “All On My Mind,” an organ-laced burner of a stomping pop jam that would sound equally at home on a top-40 station or a playlist of modern countrified soul. A lush, orchestral string backdrop shares space in the mix with the syncopated Motown-core guitar riffs of East’s band, as “All On My Mind” broods and swells along the trajectory of his towering vocal performance of hard-belted blues melodies and throaty shouts. But East’s range extends far beyond the radio-friendly singles into territories such as hushed acoustic balladry and gospel-infused, straight-ahead soul ornamented by full-choir backing vocals.

Hiss Golden Messenger has carved out its own corner of the indie-rock sphere with its refined strain of electric folk and alternative country. Lead singer MC Taylor stands as the glowing center of his band’s galloping multi-guitar arrangements, which strike a middle ground between the extended down-south explorations of the Allman Brothers Band and the generation of mainstage indie rock bands such as My Morning Jacket, Band of Horses, and Blitzen Trapper who aren’t afraid to insert a little twang and a few torch songs into their rock-band recipes. Taylor’s reedy voice rises above the guitar interplay and the electric-piano riffs of his band in arcs of vibrato expression and yearning, tender melody. Taylor is the kind of songwriter to inspire an almost religious fervor in his fans with vocal flights that demand, in the right circumstances, a crowd swaying with their lighters lifted over their heads. As his verses taper off, his band isn’t afraid to stretch out into the realms of improvisation and the occasional extended jam, as sprightly mountain-rock chord progressions wind on for minutes on end behind intertwined guitar solos and jazzy keyboard licks.

Tennessee-based singer-songwriter LOLO (born Lauren Pritchard) hits the Moeller Nights Fest stage with her brand of alternative soul and southern-inflected pop music. Pritchard cites the likes of Joni Mitchell and Al Green as major influences, and the composite of her work is only a few steps removed from Joss Stone or even Amy Winehouse in its hyper-emotive vocal work and melange of soul tropes: escalating clusters of backing vocals, gentle piano chords planted behind reverb-heavy guitar riffs, bass guitar and drum kit grooves that wouldn’t sound out of place on Phil Spector’s girl-group recordings of the 1960s. Pritchard’s voice aims for the stars with the kind of head-turning acrobatics that could make people twice her age stand up in their seats and shout for more as they trip back through time within their own internal brain spaces. Standout tracks such as “Dandelion” from her 2016 LP In Loving Memory of When I Gave A Shit draw their energy from sparse arrangements that allow Pritchard’s voice to wind through the mix, tumbling into distinctive melodies that make each verse just as memorable and full of hooks as the chorus she returns to: “There’s a Mason-Dixon Line in the life I made,” a sentiment that paints her southern/soul/rock fusion in literal geographic terms. 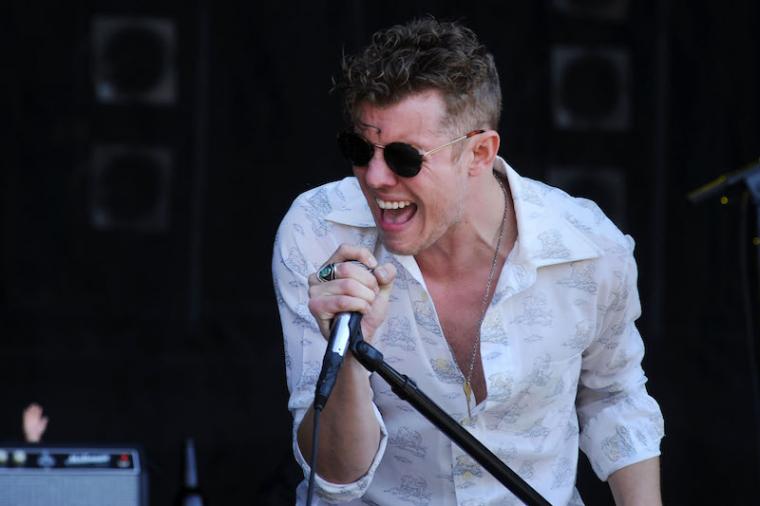 While British songwriter Lucie Silvas has lead singles that share a country soul sensibility with LOLO, she sets herself apart from her contemporaries in the context of her unplugged acoustic guitar and piano-led performances. Over the course of her almost two-decade career, which started in the major labels and has since shifted to more mainstay indie-label terrain, her music has passed through adult contemporary pop, Americana rock, and straight-ahead soul balladry. Her voice befits any and all of these styles, equally at home whether belting out massive climaxes of wordless vocalization over big-band brass, or whispering mournful lead lines over mandolins and violins. The latter sensibility matches perfectly with another act on the Moeller Nights Fest lineup – Nashville group The Harmaleighs – whose gorgeous compositions drift over gentle folk strums and clean-toned guitar licks, and rise up into breathy, closely harmonized vocal lines that veer closer to the idiosyncratic passion of Björk or PJ Harvey than anything in the modern indie-rock world. The duo of Haley Grant and Kaylee Jasperson prove their obvious chemistry as co-lead vocalists as their luxuriant, cooed melodies interlace to the point that only one detailed voice seems to ripple out toward the audience.

While Moeller Nights Fest performers such as The Greyhounds, Ona, and Small Houses occupy a shared stratum of professional and polished indie-folk rock in perfect accordance with the bands that Moeller has tended to highlight over the years, some acts offer a notable departure into more diverse genres and styles. Hip-hop duo Four Fists, associated with the revered Minneapolis label Doomtree, creates remarkably complex, combinatory tracks carried by P.O.S.’s fiery verses and the melodic hooks and raps of Andy Bothwell, a.k.a. Astronautalis. The group lands somewhere between the seared cityscapes of classic Def Jux acts such as Company Flow or Cannibal Ox and the brighter electronic production of modern pop and EDM fare, all charged with the kind of optimism and heady intellectualism that has come to be associated with the Minnesotan hip-hop tradition.

Los Angeles-based garage rock/power pop act Illuminati Hotties, led by singer Sarah Tudzin, uses the term “tenderpunk” to describe their sound, which accurately captures the diverging emotional spaces sketched out by their tracks. A typical song will shift on a dime from a giant multi-tracked bed of guitar harmonies in the vein of Cheap Trick, to heavily distorted grunge riffs à la Dinosaur Jr., and all the way back down to, yes, tender interludes animated by Tudzin’s inviting murmur of a voice. Illuminati Hotties bill well with Peoria-based electronic pop/almost-rock project Moon Ruin, whose tracks aren’t afraid to shift through similarly diverse stylistic tropes, from glistening washes of major key synth to languid guitar lines to busy percussion patterns closer to the rave scene or the increasingly electronic world of contemporary pop. Frontman and songwriter Jared Bartman turns in R&B-inspired vocal performances along the lines of 2010s indie darlings such as How To Dress Well or James Blake, but the arrangements really come to life with the onset of hard-swinging bursts of brass that evoke, say, Radiohead’s “The National Anthem” as saxophone intermingles with brooding basslines and flourishes of electronic texture.

If one thing unites all of the Moeller Nights Fest performers across so many disparate genres, it’s the spotlight focus on the human voice as a lightning rod for emotional stimulation. Every one of these projects features a lead singer (or singers) with the chops to get the room shaking, or to sink the crowd down into a muted reverie along with them. Moeller and his team show their honed instincts in identifying strong personalities and even stronger raw voices within the context of music that, though professionally presented, might seem to sink into infinite expanse of indie bands of all stripes that has overtaken the US and beyond. Moeller Nights Fest, then, promises to deliver a menu of musical styles that might seem close to home, but that ascend to new heights behind the singular talents of the performers behind the microphone.

For more information on the February 14 through 16 Moeller Fest at East Moline venue The Rust Belt, visit MoellerNights.com.