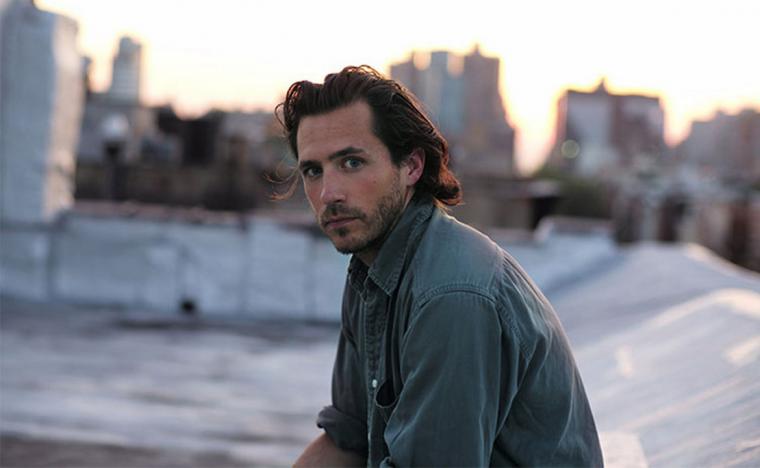 Marchant, a.k.a. JBM, has built a substantial following on the weight of his at times gentle, always emotionally charged brand of singer/songwriter balladry. A native of Montreal, Marchant’s first album Not Even In July established him as a talent on the border of the breathy folk music that appears in Wes Anderson-core movies or particularly sappy commercials, and the brand of heavy, heart-on-sleeve songwriting typically ascribed to bards such as Bill Callahan or Will Oldham. Since Not Even in July, Marchant has released three full-length LPs that present variations on his smoky vocal template at varying degrees of sparseness and intimacy.

The average JBM track develops over softly picked electric guitar lines that hang in the mix in a cloud of reverb and delay. His chord progressions loop around themselves in cyclical patterns, while his voice traces melodies that ebb and flow with the arc of his instrumental input. His tender voice sounds like it would be equally at home in the context of a deserted pub open mic, or a solitary performance on a porch under the moonlight. At times, he swells into flights of wordless vocalization that strip his tracks of any semantic meaning in favor of a more elemental emotional connection. His raw vocal delivery, often recorded with a close-mic production approach, highlights the details of each take to the point that individual breaths and pauses carry great weight against the usually somber backdrop.

His self-titled LP, released in 2014, led him to his widest audience to date, partly on the strength of a series of videos he bills as the “Trilogy,” each of which has racked up over 100,000 views on YouTube. The material is enhanced by the visuals of the associated video series, all of which feature marquee actress Amanda Seyfried (of Mamma Mia! fame) in the lead role in a set of impressionistic sketches revolving around classic Americana landscapes and locales including diners, motels, and scenes of solitary bathroom catharsis.

Marchant’s most recent LP, 2018’s Illusion of Love, finds his arrangements picking up into a slightly more upbeat groove, often animated by more active drum performances and flights of heavy electric guitar. While still orbiting the territory of stripped down singer/songwriter fare, this material allows his tracks to burst into more heavily ornamented arrangements, flecked with piano and heavily processed acoustic instruments. With this album in mind, you can expect a more animated performance in a live setting, as the songwriting opens up to a more dynamic range of feelings and peaks of hard-belted vocal theatrics.

Jesse Marchant plays the Triple Crown Whiskey Bar & Raccoon Motel on June 19 with an opening set by Fenne Lily, admission to the 7 p.m. concert is $12, and more information on the night is available by visiting MoellerNights.com.