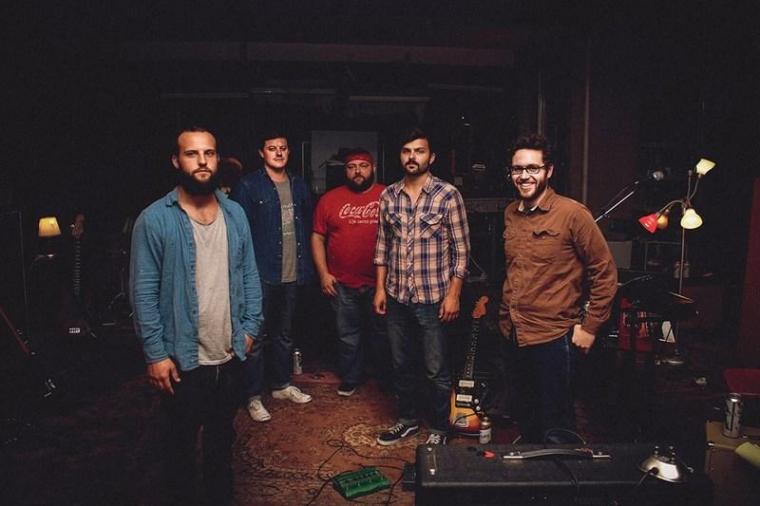 Ona at the Triple Crown Whiskey Bar & Raccoon Motel -- May 14.

Ona exists in that nebulous stratum of indie music in which a band can flit between sub-genres of rock and pop from track to track and piece together albums that bear stamps of diversity and attention to detail within a sea of one-note projects. Their magpie approach to rock composition, which encompasses everything from country stomps to emotional torch songs to heavier riff rockers, has a lot in common with Midwest kingpins Wilco: both bands are unafraid to twist the trajectories of their albums along unexpected stylistic rail lines, and both follow production strategies that introduce external instrumentation to the core of an otherwise rock 'n' roll band, in the form of layers of synth/keyboard/organ and extraneous electro-acoustic texture. Their 2015 effort American Fiction benefited from a bright production style that planted the vocals hot in the mix, drawing out a strain of somewhat pop-minded rock focused around the modern rustic lyrics and weary but confident voice of Bradley Jenkins. If the vocals popped out at you from the speakers, ready for FM radio, the backdrops of each track skirted closer to a Nashville country vibe with their swooping slide guitars lines and pads of gentle, liturgical organ.

American Fiction’s strongest moments hit when Onas crest into an up-tempo rock template. Tracks such as “Sleep, Rinse, and Repeat” and “World at War” are built on winding guitar solos and a steady motorik backbeat akin to the hypnotic kraut-rock movement of '70s Germany – another genre touchstone mined by Wilco on albums such as A Ghost Is Born. Elsewhere, “Pipestem” shines during its more empty introductory passage of jangling electric guitar and vocals alone, before sparking back into an upbeat full-band arrangement for the band to ride on, past a few more solos and vocal interludes and out through a distorted coda.

Ahead of the new album Full Moon Heavy Light due in early May, Ona have offered up a single called “Young Forever.” The track dispenses with much of the heavy rocking elements of their sound to pursue a style of pop/rock balladry closer to yacht rock or the romance of '50s skiffle/doo-wop. “Young Forever” matches its name with lyrics about coming to grips with regret and heartbreak, as the narrator wishes to erase the effects of aging and go back to his youth. The track coasts along for most of its running time with a wistful energy and a sense of nostalgia akin to groups such as Pure X or Real Estate, but really picks up in its last third with the introduction of thick synth chords and a more bombastic drum performance. Over this backdrop, an electric guitar solos in the key of Everybody Knows This Is Nowhere, casting off yearning licks with a just-sizzled-enough tone.

Ona plays Davenport's Triple Crown Whiskey Bar & Raccoon Motel at 7 p.m. on May 14, admission is $10, and more information is available by visiting MoellerNights.com.