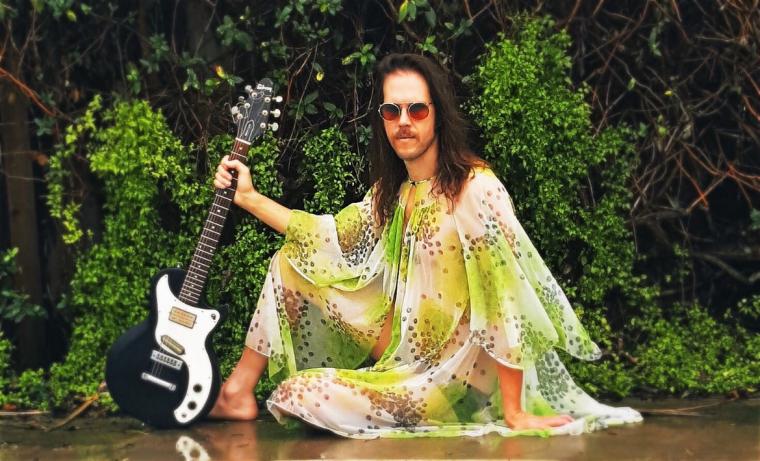 Parker Gispert, the frontman of garage-rock revivalists The Whigs, goes in a new direction for the solo material on display in his Moeller Nights headliner set at the Triple Crown Whiskey Bar and Raccoon Motel on February 27.

Possessing a personal style somewhere between “unhinged mad hatter” and “trucker working his way down a southern highway,” Gispert’s music follows suit by combining elements of garage and roots rock with a more psyched-out, fractal strain of pop music. The Whigs typically either go full-on '70s radio rock á la Bob Seeger, or stray into more fuzzed country grunge akin to, say, Meat Puppets. For the material that appears on his debut solo album Sunlight Tonight, Gispert streaks off into some decidedly non-“rock” directions, making everything from trippy acoustic folk music to straight ahead country to glam pop along the lines of Marc Bolan’s softer material. With a track title such as “Do Some Country,” you know you’re in for some tongue-in-cheek genre bending, and Gispert delivers with a windswept bizarro ballad carried by banjo, pulsing synth bass, and violin. “I’m just a rock artist, but that’s not what you want to hear,” he sings, really hammering the whole identity-crisis factor home.

Gispert’s tracks also don’t shy away from non-rock instrumentation. “Too Dumb To Love Anyone” sounds like a cross between an orchestral folk jam in the style of Nick Drake and a twilight Kate Bush synth-pop jam, but the track kicks into high gear with a thick brass and string arrangement. Cello and violin wisps hang behind 12-string guitar chords on lead single “Through the Canvas,” which finds Gispert singing that he “shook off all the bullshit that was weighing down my shoes” in a bright, major-key melody that sounds not unlike an outtake from “Do You Realize?”-era Flaming Lips.

Without knowing anything about the history of The Whigs, one gets the feeling from such lines that Gispert was feeling at least somewhat constrained by the genre trappings of his rock band, and the solo material represents a chance to mess around with new styles. Truth be told, it’s not like the results are particularly “experimental” in any way. Everything conforms to a general indie-rock standard. These are all vocal-focused songs that he sat down with a guitar and wrote. It would be interesting to hear something that really breaks the mold from him, but the charm of his voice and the occasional bite in his lyrics provide enough interest to keep us hooked in the context of his solo work.