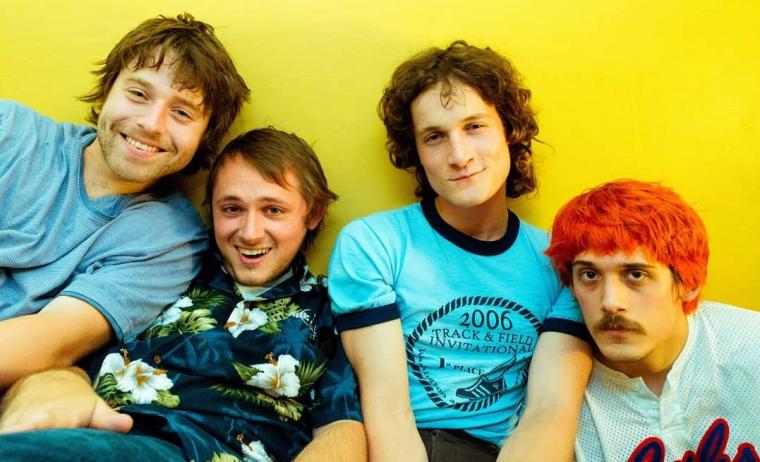 Nashville’s The Medium brings its baroque strain of '60s-worshipping indie pop/rock to the Triple Crown Whiskey Bar & Raccoon Motel on January 30. Seemingly born in a basement closet full of dusty British Invasion LPs, The Medium apparently surveyed all of what the U.K. had to offer in the mid-20th Century and settled on a sound somewhere between the tracks that appear on the A-side of Magical Mystery Tour and, well, the tracks that appear on the B-side of Magical Mystery Tour.

Almost in step with a near-decade of buzz surrounding the more pop-leaning exponents of psychedelic rock such as Tame Impala and Unknown Mortal Orchestra, The Medium opt for a drier, more refined style of production – less of a wash of reverb and kaleidoscopic guitar distortion, more of a layered patchwork of bright vocal harmonies and unadorned orchestral instruments. The only song the band has publicly released is “The Good ol’ Days,” a fact that further cements their Beatlemania nostalgia, but the clear professionalism of the songwriting and the production defeats any accusation of their music being a simple rehash. It's no small feat to make rock music sound this clean and vibrant. The song speeds through classic tropes at a fast clip: “Because”-style close harmonies in the vocals; a punchy bassline that traces the melody and holds down the groove while occupying substantial real-estate in the mix; flashes of violin and cello around the edges of the track that lead the chord progressions into more complex harmonic territory; even an interlude in which the vocal fidelity shifts into that style of crackling loudspeaker blare, like hearing a megaphone shouting at you from a couple city blocks away.

The Medium achieves that sweet spot in rock music when the guitars, bass, and drums just feel like a few of the many elements that contribute to the detailed structure of the song. Guitars burst into view during the verses with crunchy ascending figures, but these serve only to accent what’s happening in the vocal parts. Violins and horns carry the weight of the chorus, sounding out like an oompah band floating through the song on a parade float. This decentralizing of traditional rock instrumentation in favor of a wider palette of tones conjures up an image of a vast studio space filled with musicians sitting in front of their sheet music stands as they each offer their snippets out sound that eventually thread together into the final mosaic of the song. At the end of the day, as pop music and rock music continue to diverge, and as both embrace the infinite possibilities offered by electronic tones and textures, The Medium’s “The Good ol' Days” makes the case that pristine production and baroque songwriting still have some place in the landscape.

The Medium's January 30 concert at Davenport's Triple Crown Whiskey Bar & Raccoon Motel opens with a set by The Evening Attraction, and admission to the 7 p.m. show is $8. For more information on The Medium, visit Facebook.com/pg/themediumm, and for more on the musicians' local concert, visit MoellerNights.com.