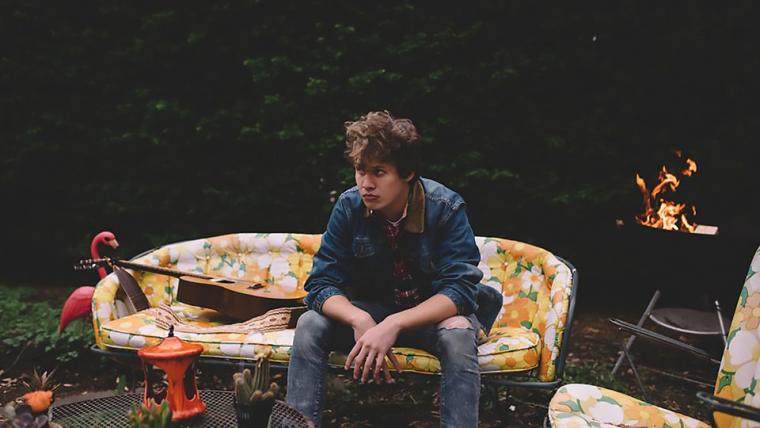 Performing as a Moeller Nights headliner on January 25, Trevor Sensor’s full-length LP debut bears the title Andy Warhol’s Dream, which should instantly give you an idea of the palette he works within. Vaguely nostalgic garage rock? Check. Evocations of the heyday of the 1960s? Definitely. A tongue-in-cheek view of art across the generations as being locked in a state of constant regurgitation and self-consumption? Oh yeah.

Andy Warhol’s Dream landed in 2017 on god-tier indie-rock label JagJaguwar, yet Sensor's sound skirts closer to, say, Elvis Presley than Bon Iver. Lead single “High Beams” comes with a music video filmed in grainy VHS quality in which Sensor sings directly into the camera over his guitar, dressed in a leather jacket and collared shirt, occasionally beating at his chest in moments of emotional intensity. Behind him, as the scene switches through various mundane scenes such as empty city blocks, highways, and farmlands, three female backup dancers work their ways through synchronized routines in matching black dresses. The overall effect of the video perfectly matches Trevor Sensor’s sound, which drudges up the most frankly affecting aspects of raw Americana, garage pop, and twangy country rock – before mixing them all into some passionate post-'60s melange and frosting them with a hearty dose of fried frontman theatrics.

This all wouldn’t work without Sensor’s distinctive voice at the front of his songs. You can hear his vocal cords frying and rumbling, with each howled word, as he drags each vowel out into unexpected lengths of vibrato and garbled, spit-soaring emphasis. Throaty and ragged, his vocal style evokes Meat Loaf as much as Johnny Cash. It’s the kind of style that sounds like he’s working really hard to make sure each phrase reaches the same level of intensity, and it makes you wonder what he sounds like when he’s just sitting around in the living room talking to his friends. Is it a couple octaves higher, perhaps? Or is it constantly somewhere in the cigarettes-and-whiskey-soaked lower register? Similar to the sock-hop-meets-beach-party doo-pop/surf/garage rock of contemporaries The Growlers, Trevor Sensor connects with young rock fans not only by harnessing the tropes of glamorized eras from half a century ago, but from backing that up with the kind of raw vocal power and songwriting chops that can’t help but hook you in. While videos of his more stripped-down vocals and acoustic-guitar performances testify to his ability to maintain his idiosyncratic style even in the absence of all frills, Sensor's full live show benefits from the presence of a band capable of following behind his lead-singer magnetism.