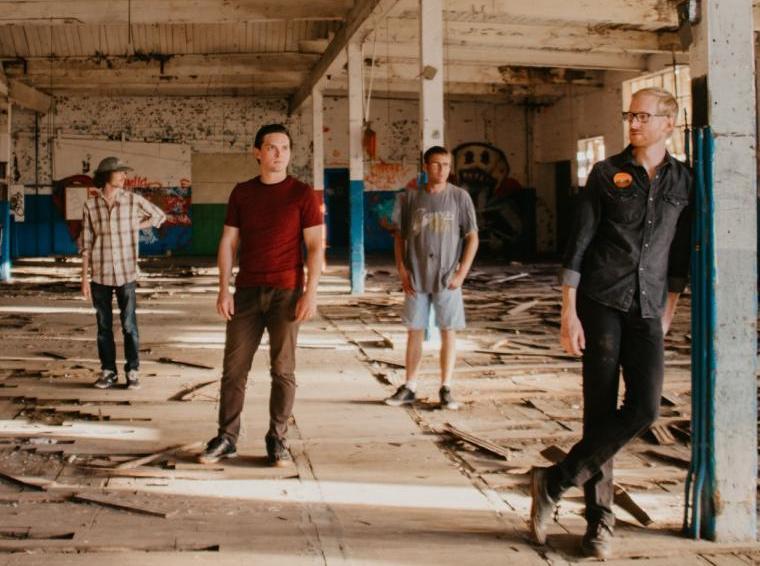 As a two-piece band featuring a guitarist/vocalist and a drummer, Murnau make the most of what could be a stripped-down live configuration. The lone guitar here carries plenty of weight as it shifts between utterly minimal lines and chunky, distorted riffs – swaying in time with the clean vocal leads of the mononymic bandleader “Wilhelm.” The tom-heavy drum performances ably groove along with the guitar work, cutting out when the composition demands silence and blasting into heavy fills when the intensity factor amps up.

With this kind of grungy metal compositional style, it seems like a matter of course that Murnau would draw comparisons to the style’s godfathers: the almighty Melvins. While King Buzzo errs on the side of raspy vocal stylings and occasionally unintelligible bellows, Wilhelm prefers a cleaner vocal style that occasionally veers into dramatic phrasing and reverb-drenched hook-writing more in step with say, Ozzy Osbourne or Ronnie James Dio. A brand of subtle mysticism colors his willfully epic, swooping melodies, lending tracks such as “Faust” from the band’s 2019 album Static a mysterious quality to contrast the typically chugging riff structures.

Local band Giallows re-based their last proper project at the end of 2018 – a self-titled three-track EP that doesn’t stray too far from the grunge metal template followed by Murnau. True to its Italian-horror-movie-evoking name, the band sets itself apart from contemporaries in the scene with the inclusion of jittering synth arpeggios and organ lines. Led by a style of upper register vocals somewhere between the purposefully dramatic anthems of Muse and the raw, falsetto howls of Cedric Bixler-Zavala of At the Drive-In and The Mars Volta, the composite result of the band’s sound lies somewhere between post-hardcore and carnival-esque prog mania. EP highlight “Leather, Baby” benefits from a truly scuzzy coda, which switches from a double-time guitar churn into a slower, heavily distorted breakdown that bursts out in bruising chromatic lines.

The three-song Giallows EP caps off with a straight-up riff-fest called “Brainbow,” which alternates between mega-fuzzed licks for the hook in the style of, say, Torche or Big Business, and verses that skirt closer to the stoned and phased-out work of Pink Floyd. The effect here is a seesaw between moody psych songwriting and surly, chunked-out shredding. Lyrics that speak of someone who “Trade[s] cash for time and innocence” further cement the Floyd connection, falling somewhere in the sphere of the industry-bemoaning classics contained on such albums as Wish You Were Here. If these touchstones point toward a conventional psych rock band, the grit that Giallows’ guitar arrangements bring to the table push the musicians closer to the world of stoner metal – all fuzz and fleet-fingered ire.

The Macomb-based, indie-rock ensemble Chew Toy brings a contrasting energy to Rozz-Tox's otherwise grunged-out bill with a cleaner, more austere brand of alternative songwriting. The interlaced guitar parts that blur the line between lead and rhythm performance evoke the subtle complexity of bands such as Pinback, demonstrating that distortion isn’t necessary to convey a sense of cerebral unease. Out of the three bands featured on this bill, it’s possible that Chew Toy do the “hard -> soft -> hard” song structure the most justice, as such tracks as “Penny” from the 2014 album SEE LEVEL illustrate. Chew Toy's music veers closer to post-rock than the other bands here, hitting somewhere close to early Mogwai recordings in all their intertwined melodic pieces and moments of sudden intensity.