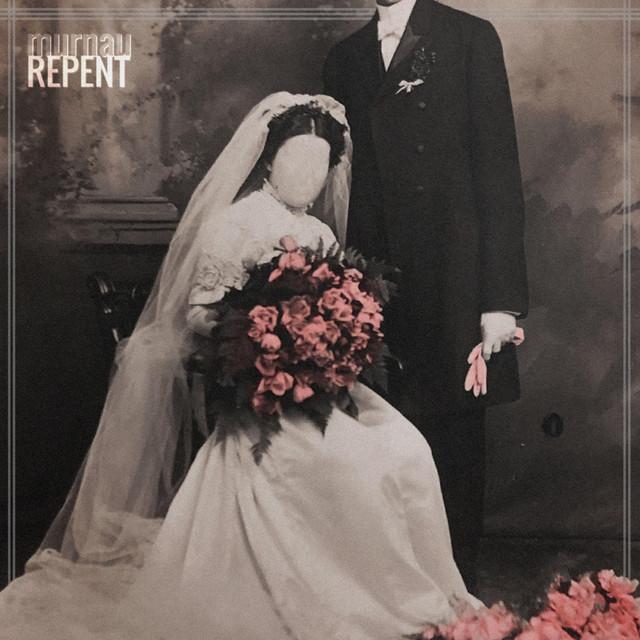 The Quad Cities' doom-metal/post-grunge duo Murnau seems to be getting back on the horse once again. Not that they ever necessarily fell off the horse, but, you know, society as a whole pretty much fell off our collective horse – and that fall was much more pronounced for musicians who were used to jamming at top volume in their pummeling guitar + drums sludge metal project. For now, it doesn’t seem like Murnau have announced any major album project, but they have individual tracks trickling out of the faucet here and there to keep us satiated.

The first one, “Repent,” feels like a concise and fully realized example of the sound that the band has explored on previous releases such as 2020’s Lungs and 2021’s Salamander. Those albums occasionally gave in to excess with tracks that stretched into the seven-to-10-minute mark – a fact that the band can’t be faulted for, as excessive, epic tracks are totally par for the course for doom metal. (See Electric Wizard’s “Dopethrone,” Sleep’s “Dopesmoker” … you know, all the classics about smoking dope.) “Repent” sits at a more manageable five minutes, but Murnau fills that time with plenty of structural twists and crunchy riffs. The jittery, cleaner-toned first riff that serves as the home base for the boys to return to throughout the track sounds great, production-wise: subtly crunchy, double-tracked and hard-panned, bright while still a little menacing. When the floodgates open up on the track’s chorus, and vocalist/guitarist A. Riggen’s voice rises up into the falsetto range, the guitars soar into full distortion mode and we get back to headbanging. My favorite detail in here is the slow-building guitar drone that hangs in the background around the three minute mark, rising behind that central cleaner-toned riff until it breaks into a full on scuzzy guitar solo. Instead of blasting us straight in the face with a loud-ass solo though, Murnau buries it somewhere toward the back of the mix – a great move, as it adds more to the atmosphere of the song to hear the solo sizzle and fry back there in contrast with the surrounding elements. I wonder if these dudes have ever heard the album Rainbow by Boris & Michio Kurihara, because that solo triggered some connections in my head to that underrated record.