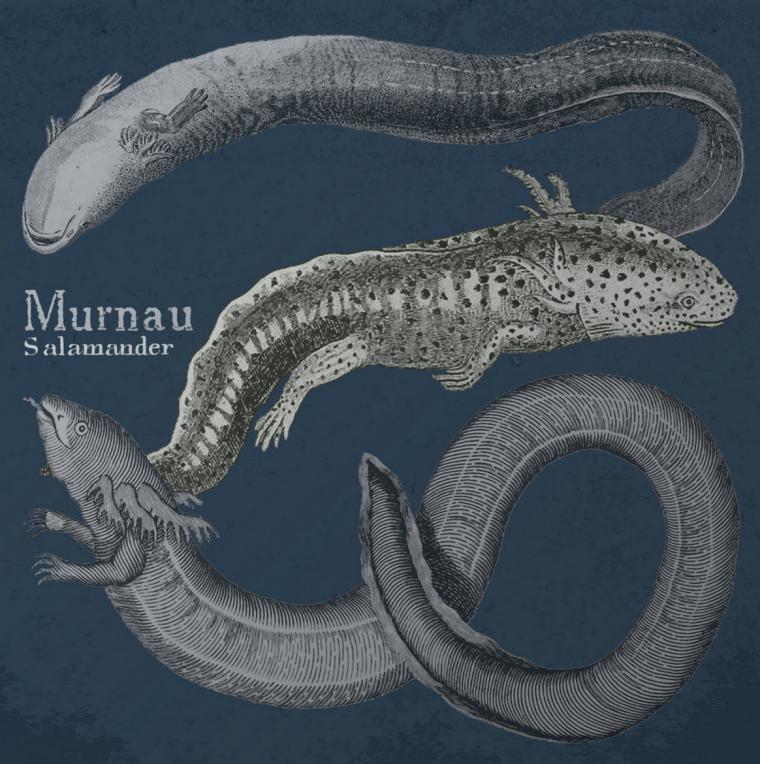 The Quad Cities-based doom-metal duo Murnau return to sizzle our brain stems with their new record Salamander, due on March 1 via the band’s own Wilhelm & Sons Entertainment Company.

The album expands on the sound that they explored on 2020’s Lungs while maintaining their guitar/vocals-plus-drums format, and proves they can still conjure up a hell of a racket even in the pared-down-duo band configuration. The album’s first single “Epoxy” kicks off with a relatively placid guitar riff like something out of an early-'90s grunge jam, but Murnau immediately dial up the energy with the kick-on of a distortion pedal. Guitarist and vocalist A. Riggen brings a wiry, tremulous energy to his vocal performances that elevates the band’s music above the typically overbearing stylings of the sludge metal idiom – opting instead for some semblance of vulnerability and emotional expression that floats as a nice juxtaposition over the harsher sonics. The rest of the album proves the band’s mettle in balancing disparate atmospheres within the space of a single track, from windswept guitar interludes to crushing riffage.

The track “Soliloquy,” for example, keeps the pyrotechnics to a minimum and favors a more contemplative mood, with drummer N. Pompou pounding out a steady backdrop for Riggen’s vocals and clean guitar to wind through. The subtle layers of distorted guitar that hang around the edges of the track, buried a little deeper in the mix, hint that some kind of explosion might be on the horizon, but the band keeps their cool – burrowing even deeper into a meditative guitar coda. “Fault,” meanwhile, fully embraces the Melvins- or Sleep-esque stoner metal theatrics with its pillars of sludge guitar and its lumbering drum beats, which bruise at a nice, slow tempo for us to headbang along to. Elsewhere, album highlight “Antique” hits a sweet-spot between major key bliss and fried heaviness, landing in the realm of Siamese Dream-era Smashing Pumpkins. If you’re looking for a one-stop shop to encapsulate the band’s entire vibe, check out album closer “Answers,” which stuffs its 12-minute running time with a litany of riffs, breakdowns, and calmer interludes.