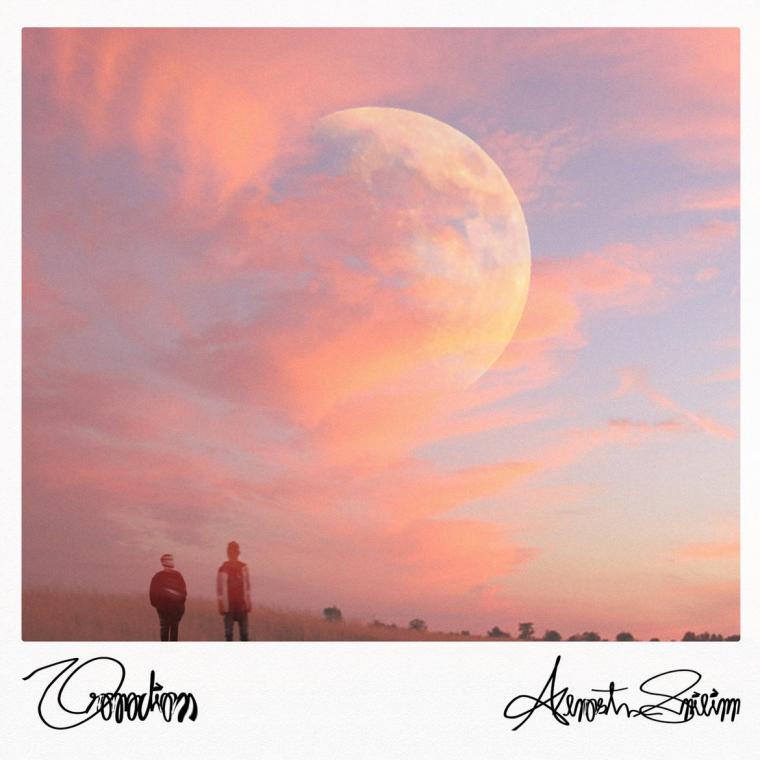 Wow, here’s a little bevy of surprises that tumbled into my Quad Cities-themed Bandcamp feed from seemingly out of nowhere. Well, specifically from ye olde Davenport. Keep the sieve open while you’re panning for Bandcamp gold and you’re gonna find some 24-karat nuggets in there before long, no matter where you look.

The project orobadion (stylized in the lower case) seems to be a one-man-band/catch-all project for the work of one Andrew Hoogheem, a musician whom I can’t find a trace of in the context of any other project listed on Discogs. At the end of October, Hoogheem uploaded three EPs under the project’s name at the same time, which make up an informal trilogy that together approach the duration of a full-length album: Almost Smiling, Anodyne Paradise, and Chrysaora. Of course, if Hoogheem’s other music doesn’t pop up within the bottomless encyclopedic recesses of Discogs, that doesn’t mean that it doesn’t exist – just that it’s a little further off the beaten path. I bring this up because I cannot imagine that the level of musical sophistication that Hoogheem displays as both an instrumentalist and as a composer/arranger could have possibly just crystallized in time for these three EPs, which constitute the only music on the orobadion page. He’s gotta have some deep experience in composition and performance from somewhere. Or, who knows, maybe not – maybe he just rose from the banks of the Mississippi fully formed as a master of melancholic, cinematic instrumental opuses.

The first of the three EPs I tackled was Almost Smiling, a three-song program that, on its face, perhaps presents both the most accessible and the most grandiose works within the orobadion three-peat. Mostly built around slow, melancholic arpeggios on electric guitar, the tracks here stretch off until around the five- or six-minute mark but never once overstay their welcome. Hoogheem knows how to build a dramatic narrative from the components at his disposal, and though these tracks’ focus on those central. clean guitar figures might seem to align the music with a post-rock sensibility, in execution it falls closer to a project such as The Durutti Column: all about atmosphere and deliberate structural development; harnessing production decisions and ornamentation with multi-layered guitar and synth arrangements to develop a mood and really let us marinate in it for a while. Hoogheem drops us some moments of striking lead melody that break through his thickening hazes, such as the wilted, mellotron flute-esque keyboard that comes to take over opener “Tell Me How You Are (When Your Ghost).” The synth figures that billow around the edge of this track deserve a proper headphone listen to really coax out, along with a chance to hear just how many guitars are layered in there (it’s, like, at least five).

If any moment here really launches full-on into post-rock, it’s “Looking Away, Almost Smiling” – a cut that would fit into the track list of Rock Action-era Mogwai without anyone batting an eye. Kudos to Hoogheem for nailing the full-band sound here, with a rock-solid drum performance captured in high definition, and a resonant bassline that churns against walls of e-bowed guitar texture and twinkly, almost emo-adjacent arpeggio figures. Wisely, Hoogheem never really lets the track explode into that cliche Explosions in the Sky-style tremolo picked, distorted climax – he generates all the drama he needs from the patient layering of guitar melodies, without relying on the soft -> loud -> soft -> loud-style crescendo motif that we’ve heard for decades now. EP closer “Whatever Else Happens” benefits from the presence of a gorgeous acoustic guitar layer planted against a gently phased central arpeggio, which comes to serve as a perfect backdrop for Hoogheem’s most overt electric guitar shredding so far. His soaring, multi-tracked leads evoke the work of David Gilmour and Robert Fripp, no doubt, but the whole composite here actually reminds me even more directly of Midwest underground legend Mark McGuire, former member of the now defunct trio Emeralds, whose solo music (see Living With Yourself, Vacation Days, or everything compiled into A Young Person’s Guide to Mark McGuire) serves as a clear precedent to Hoogheem’s one-man-band arrangements. Both artists deal in Tangerine Dream-like kosmische atmospheres, craft sentiment-heavy chord progressions adorned with swooning leads, and have penchants for layering sound sources into something that could resemble both New Age music and guitar heroics. 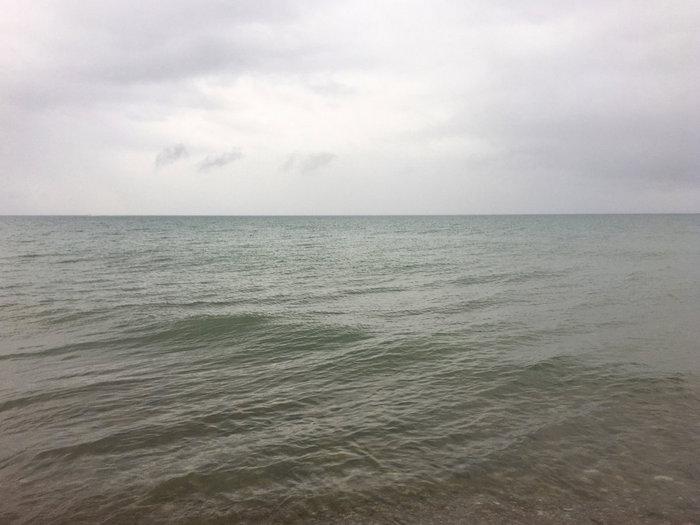 Moving on to the lovely Chrysaora, a two-track effort that turns the orobadion dial toward a beautiful strain of active piano performance and synth sculpting that approaches minimalism à la Philip Glass or Steve Reich, if only a bit slightly more dreamy and sleepy. Hoogheem clearly knows his way around a piano, but never gets showy. He lets his gentle washes of arpeggios echo back at us through subtle delays and reverbs, and propels us along the surface of the water with slow-bubbling chord progressions that loop back onto themselves imperceptibly. "Perilin" swirls at a slightly quicker clip, with its cascades of pentatonic melody airing out one by one and then fusing together into multi-tiered terraces with the lovely, almost orchestral low-end synth that provides some harmonic movement in the background. With no more than a few layers of piano and synth, Hoogheem still transfixes. The same goes for the EP’s title track, which slows the tempo and lets the languid piano figures drip out of the faucet. We get a perfectly placed, effects-drenched guitar at around the halfway point, like Cocteau Twins’ Robin Guthrie rising from the water on a clam shell but somehow without too much fanfare, just doling out the perfect level of chorus-soaked melody for a moment against the piano. 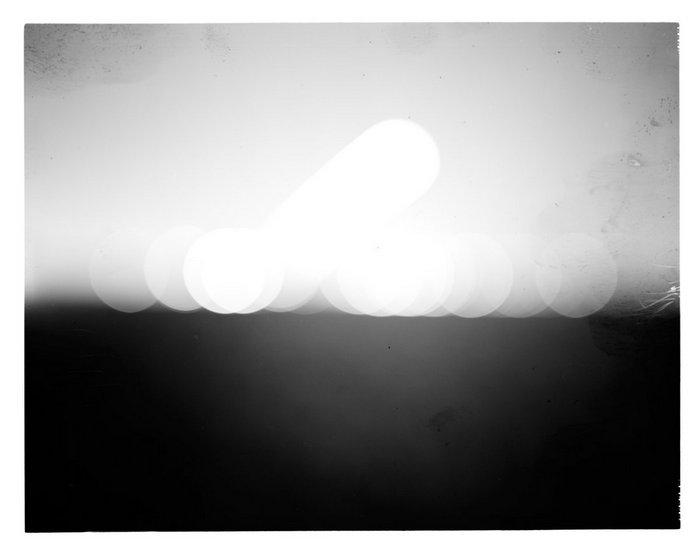 Finishing off the trilogy of EPs is Anodyne Paradise, a three-songer that splits the difference between Almost Smiling’s guitar-led, slow-motion cinema-scapes and Chrysaora’s sparser, more pared down arrangements. Once again we get clean-toned guitar arpeggios as the skeletons for each track, but Hoogheem drapes them in some different accoutrements. The title track cracks into real tearjerking territory with the introduction of one mournful cello voice into the fold, its timbre offering a lovely contrast to the guitar and synth sonics that surround it. The same goes for the touches of organ and keyboard that pop up throughout “A Sunset in the Corner of Your Eye,” a track that really finds Hoogheem flexing his synth chops in the form of swelling walls of electronic texture that take up more space in the mix here than anywhere else in these EPs. As “A Sunset” moves through moments of single-serving piano, guitar, keyboard and synth melodies that float in for a few measures here and there, it ends up shaping into the piece with perhaps the most dynamic narrative of the whole bunch – a nice portrait of Hoogheem’s multi-instrumental skills, his attention to production detail, and his fine grasp of narrative development, all in one little four minute package. “Drive All Night (Little Sister)” ends Anodyne Paradise with a cyclical acoustic guitar performance, mostly focused on one chord that Hoogheem airs out on repeat, as dollops of piano, organ, and synth color in the corners. When we finally get something that could resemble a more active piano solo in the track’s last minute, it works as a perfectly understated final gesture to cap off the gorgeous work that the artist has presented us with the orobadion project.