Pop with Integrity: Flint Eastwood, December 12 at the Village Theatre 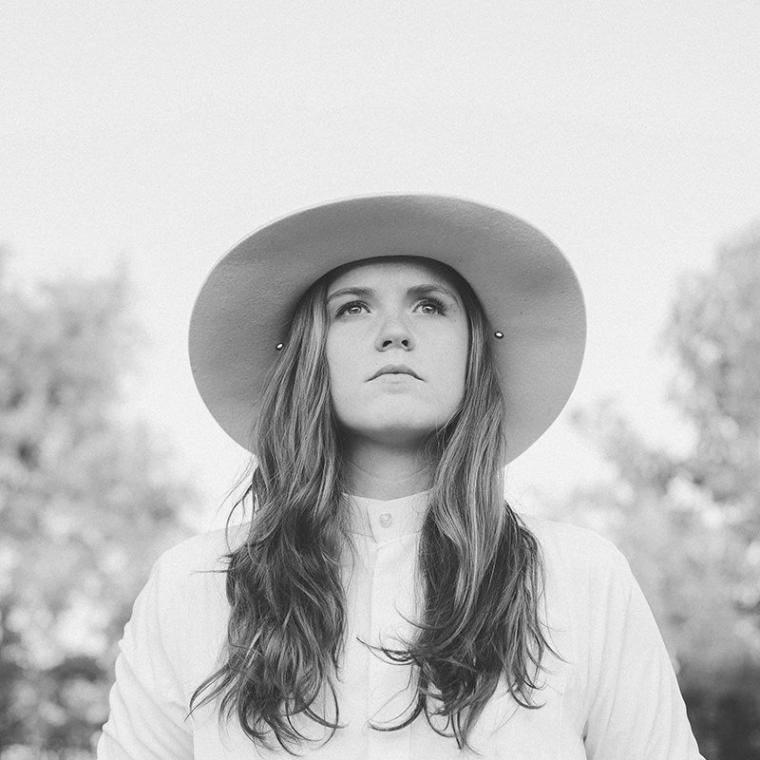 If you hear that Flint Eastwood’s Small Victories was written after the 2013 death of leader Jax Anderson’s mother – and that it’s about that passing – you might make a couple of assumptions: that its creation was a solitary process, and that it’s sullen and pensive.

You’d be wrong on both counts. The six-track EP, released last year, is pure pop music that’s gorgeously, richly alive in its writing, production, aesthetic, and singing, and it was crafted collaboratively at Assemble Sound in Detroit – a venue that Anderson co-founded.

“People were hanging out and writing music in their own basements and bedrooms, but they really weren’t working with other musicians,” Anderson said of the decision two years ago to create Assemble Sound, which she described as “a physical space where they can go and see other artists and how they work, and work together and grow together.”

That mission applied to Small Victories. In a phone interview last week promoting Flint Eastwood’s December 12 show at the Village Theatre, Anderson explained that – as with her previous work – she co-wrote with her brother. But the 20 or so artists at Assemble Sound also played a substantial role.

“We would write a song, and someone would walk through and be like, ‘Hey, this guitar part would sound dope on this.’ ... And we’d be like, ‘Cool. Lay it down right now.’ We had a lot of other elements we didn’t have before, and a lot of opportunities we didn’t have before, simply because other artists with different views were in the room with us. We wrote every single song in a room full of people in the most vulnerable state that I think I’ve ever been in.”

And Anderson said it was important, with Small Victories, to process her grief in a group setting rather than by herself.

“Instead of moping around and having a hard time ... , I decided to go out and write music and hopefully inspire people by being vulnerable myself,” she said. “One of the biggest mistakes that we make as human beings is being quiet when we’re in pain. And so my way of making sure that I was okay was to talk about it a lot. It was very healing to be able to talk about the death. Because my Mom was my best friend, and she was my greatest mentor. ... To not have that, I felt a little lost.” It was helpful “to be able to go into a room full of people and admit, ‘Hey, I’m not doing okay. I need to talk about his. I need to get through this. Will you do that with me?’”

The vulnerability at the heart of Small Victories, Anderson said, carries over to concerts: “My live show is meant to connect with people, and have people connect with each other.” After the release of the EP, she added, she often had genuine conversations with her audience: “People felt comfortable to open up, because I guess that I had kind of set that example. ... I would heal with people.”

Although Flint Eastwood has, over the years, dabbled in spaghetti-Western sounds and, on 2013’s Late Nights in Bolo Ties EP, garage rock, its foundation has always been pop music, Anderson said. On Small Victories, “God Only Knows” and “Monsters” feel like time machines back to ’80s radio.

“I think pop music over the years has gotten kind of a bad rap,” she said. “I feel like pop bands are just as serious” as, for example, folk music.

Late Nights’ “Can You Feel Me Now” has the clear influence of Tegan & Sara, as does Small Victories’ “Glitches.” Anderson said that duo’s The Con was an obsession for her at one point, and is “a very good example of integrity-driven pop music.”

With Flint Eastwood’s most-recent EP and a release slated for early 2017, “we definitely have committed to pop music,” she said. “We just felt that we wanted to be honest with what we enjoy, what we like.”

And Anderson promised that her new material flows from the deeply personal subject matter of Small Victories: “The whole last record was about experiencing death for the first time, especially someone so close. ... Death changes you, in so many different ways. And so the only thing that felt natural to me was to be able to write about it.”