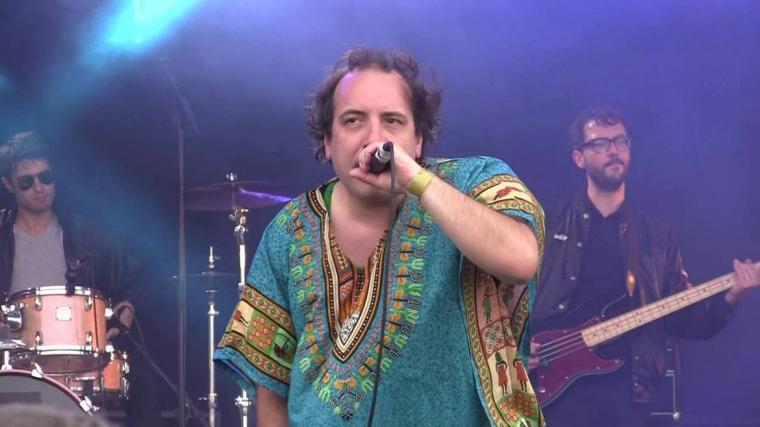 Moeller Nights presents a unique pairing of projects as Har Mar Superstar performs a set of his original R&B/pop songs in collaboration with the Quad City Symphony Orchestra. The orchestra also presents a full two-set program of their own featuring the likes of Stravinsky, Bach, and Bartók.

Minnesotan singer/songwriter Sean Tillmann has a number of projects to his name including noise/hardcore band Calvin Krime (part of the catalog of the legendary Amphetamine Reptile label) and the more straightforward guitar-pop output released under the name Sean Na Na. His most widely known project Har Mar Superstar finds him assuming the role of a flashy, exaggerated frontman in the spirit of iconic soul singers such as James Brown or Otis Redding. Though elements of the project push it closer to some kind of tongue-in-cheek parody, including the fact that he has often performed shirtless over the years and presents himself with a kind of hapless, goofy sense of cool, Tillmann has the vocal range to make comparisons to legends Brown and Redding seem only appropriate. He can ably fly through octaves as he belts out huge wailing melodies, and he knows how to push his voice to the edge where that vocal cord sizzle takes hold for some extra oomph.

Akin to genre-chameleon frontmen/producers such as Beck, Har Mar Superstar takes full control of the final presentation of his tunes, producing his own beats and crafting memorable vocal hooks with equal aplomb. His catalog of numerous ridiculous music videos that toy with tropes of pop and soul music’s past continues to gather plays almost two decades after his first album (many sit between 100 and 800 thousand views). His program at The Rust Belt is set to contain 12 of his originals in tandem with the Quad City Symphony Orchestra. Many Har Mar Superstar classics already contain string arrangements of some sort, as disco tracks bounce over swooping string figures or fiery soul numbers shake with hard swung brass lines. The presence of a full orchestra, though, will likely elevate his already ostentatious tunes to new heights of bizarre grandeur.

The Quad City Symphony Orchestra has shared the program of their two sets ahead of time, and it covers a range of moods and eras. Bach’s “Brandenburg Concerto No 3,” a part of one of the Austrian composer’s most legendary cycle of pieces, kicks things off with its stately melodies and rapidly shifting networks of counterpoint chords – one of the top “exploring the outdoor hedge maze at the palace dinner party” jams of all time, no doubt. Bartók’s “Divertimento for Strings Movement 3” focuses on the string section of the orchestra and dips into some virtuosic pyrotechnics and passages of major emotional turmoil. Violins dive-bomb through rapid-fire runs and as cellos hammer out hectic double stops, and the whole ensemble charges through some wonderfully disquieting harmonic territories. Igor Stravinsky’s complex piece “Dumbarton Oaks” moves from playful, multi-tiered melodies in the busy style of other works such as “Petrushka” into emptier passages where highlighted horn voices lead the audience deeper into the mire.

Har Mar Superstar performs with members of the Quad City Symphony Orchestra at East Moline's The Rust Belt on May 11, admission to the concert is $25, and more information is available by calling the QCSO at (563)322-7276 or visiting MoellerNights.com or QCSO.org.