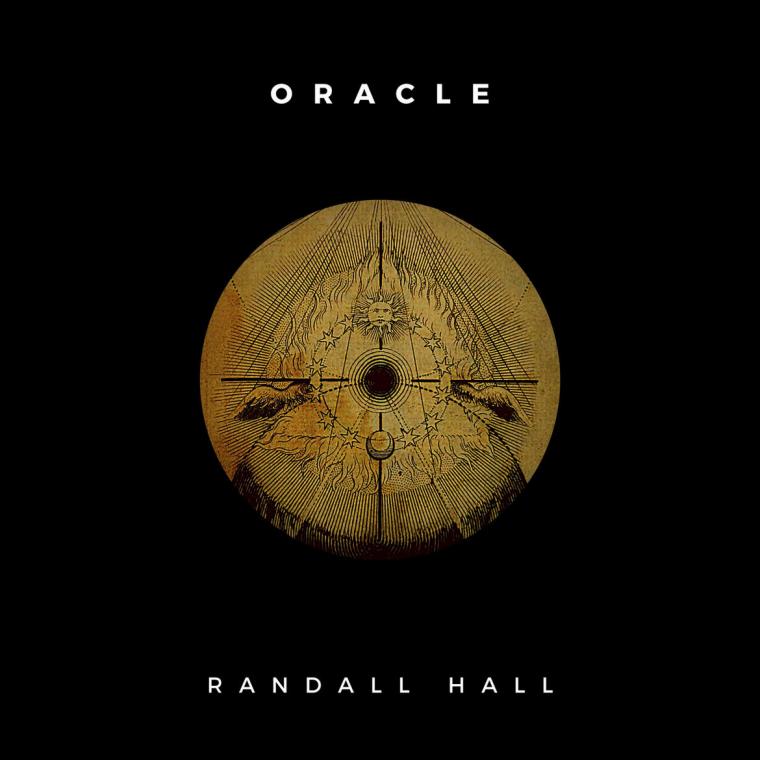 Rock Island’s own Randall Hall dropped a transfixing full-length album titled Oracle in mid-June that documents a cycle of his extended saxophone experiments and electro-acoustic compositions – all with the intent to, as he explains, “delve into the mythic, the esoteric, and the apophatic.” Loaded with fierce atonal sax shred, passages of freewheeling improvisation in more consonant modes, and interstitial segments of processed spoken word and electronics that build on his central theme of ancient Greek mysticism, Oracle lands as a fully realized and diverse statement of purpose from Randall Hall with seemingly few other precedents in the Quad Cities scene.

Hall’s career as a professor of music at Augustana specializing in improvisation, music theory, and electronic music clearly feeds into the work he creates for wider release, as all of these vocabularies appear in full force on Oracle. Though the album’s upfront language of bleating saxophone spirals and low, droning electronic elements might land on the harsher and more esoteric side of the spectrum, Hall’s playing remains engaging and surprising enough to hold the attention of those less well-versed in the free-improv electro-acoustic idiom. Opening track “Voces Mysticae” finds Hall flitting through a constantly twisting web of upper-register sax phrases that recall Anthony Braxton’s playful, on-the-fly mixing of harmonic frameworks and emotional palettes within the context of one piece. Hall’s harmonies at time sound abrasive, with close intervals and more atonal turns of phrase, while other moments stray closer to something resembling a major-key melody or an almost carnival-esque fanfare. The variety of the rhythms on display keeps the narrative motion moving forward, as he switches between looser, dancing cadences and runs of tight-knit melodic clusters to instances of long drone notes that temporarily suspend the rhythm.

Though Hall’s approach to melody shares plenty with the mid-20th-century jazz and free-jazz avant garde canons, approaching the squall of Ornette Coleman and the chaotic yet pious grandeur of Albert Ayler at times, moments of his compositions inch the clock earlier in the century to the catalog of Stravinsky or the atonal, texture-focused compositions of Edgard Varèse. “Voces Mysticae,” especially, has that jaunty, fleet-fingered Stravinsky mood to it, with sax passages that feel like they’re tracing the movements of a lone bird dive-bombing over an empty landscape. Given Hall’s professed penchant for improvisation, it’s likely that this performance is less through-composed than it sounds, and that many of these melodies simply poured out of him in this fashion – of course, with his mind oriented around certain harmonic limits or centered on certain types of phrasing. However, the way these lines pour out of his sax is never uncertain, never seems to trip on any improvised mishap or fall into a lull of boredom. The narrative expertise that Hall brings to the table here testifies to his mastery of his instrument and his clarity of vision when he sets out to make any given piece.

While “Voces Mysticae” serves as a kind of manifesto to kick off the album, focusing above all on Hall’s dextrous and memorable melodic/improvised phrasings, the following track “Mithras Liturgy” streaks off in a totally opposite direction. Oriented around a recitation credited to Mischa Hooker, the track is a nearly empty void of cold electronics into which Hooker’s voice intones a text, getting increasingly processed and mutated by Hall’s electronics. Individual phrases get chopped into granular bits and looped back at us, while other sentences are smeared by reverb or additional distortions. Like Hall, Hooker teaches at Augustana, as part of the classics department, and I would imagine his reading here is some kind of ancient Greek text. His rich voice and the mellifluous phonemes of the text itself, tossed off in rolling phrases and assonant flourishes, proves to be a perfect companion to Hall’s electronics. Around the halfway point, Hooker steps back and Hall launches into a network of hard-panned, pinging bell and percussion phrases pitted against washes of electronic texture – all of which, if I had to guess, were cooked up in the Max MSP music programming language. When Hooker arrives back in the mix, his voice is more processed and deliberately spatialized than before, as his individual vowel sounds bounce around the spread and replicate on top of themselves. The whole piece brings to mind the work of mind-warping computer music luminary Florian Hecker, especially his more recent transportive text- and spoken-word focused works such as Chimerization.

Oracle ends with a 20-plus-minute suite of linked tracks titled “Chaldean Oracles,” which seem to split the difference between the pure sax focus of “Voces Mysticae” and the text-plus-electronics format of “Mithras Liturgy.” Hooker’s recitations still appear as interludes that begin each segment of the piece, but Hall’s sax and electronics are the primary voices on display. Unlike “Voces Mysticae” which contextualized sax performance against one low, unchanging tone, “Chaldean Oracles” finds Hall’s electronics providing more direct harmonic and rhythmic accompaniment to the saxophone. Synthesized tones and additional layers of processed sax provide an almost symphonic backdrop to the leads, stretching into timbres that sound at times like an entire section of orchestral brass or the textured smears of a Stockhausen piece. The third part of the four-part piece gets the most abstract with its electronic accompaniment, as bursts of less representational noise such as garbled mouth sounds, clicks, hisses, whistles, and harsh scrapes pop into the mix, many of which seem to be sourced from Hooker’s voice. The moments in which the voice has clearly been pitched deep down to octaves below its origin provide especially compelling counterpoint to the flitting sax phrases.

Hall caps off Oracle with one of the most virtuosic and captivating passages of sax performance on the album, latching into a never-ending stream of notes that winds like a helix through the near-emptiness of the mix, tracing an infinite arpeggio that moves through various chord shapes and tonalities. This sort of extended technique is most widely associated with younger players like Colin Stetson in the mind of the average listener now, who might have heard his winding sax takes in the Hereditary soundtrack. Of course, this style has roots much further back in the 20th-century avant-garde and jazz traditions – I think of the absolute master of the eternal sax spiral Evan Parker, or Coltrane’s famous “sheets of sound” which found their way into so many other branches of jazz and experimental music. In Hall’s very capable hands, Oracle finishes off with jaw-dropping speed and precision on the sax, even going as far to end in its final moments with the sound of his fingers slapping against the keys without sound coming out – one more percussive flurry before the conclusive silence.