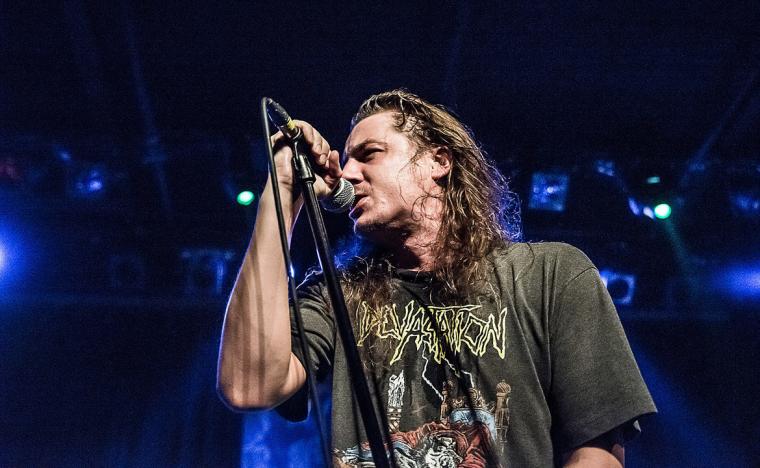 Riley Gale, the lead vocalist of Dallas-based crossover thrash-metal juggernauts Power Trip, passed away on August 24 at the age of 34. If you’ve ever listened to even one minute of Power Trip’s music, or were lucky enough to see them play a live set, you know that they were an unstoppable force that brought a galvanizing energy and unbridled sense of forward motion to the world of extreme music. In truth, that air of galvanization extended beyond the music alone and into the “real world” through the band’s outspoken left-wing politics, rejection of bigotry and macho aggression, and general scene-cementing charisma.

A statement from the band describes Gale as “both a larger-than-life rock star and a humble and giving friend. He touched so many lives through his lyrics and through his huge heart. He treated everyone he met as a friend and he always took care of his friends. We will celebrate Riley's life and never forget the great works of music, charity, and love that he left behind.” A reputation for benevolence and humility is not necessarily something you might associate with the singer of a marquee thrash-metal band, and yet Gale was exactly that, bucking stereotypes and serving as proof that you don’t have to be dark and brutal at heart to make dark and brutal music – and that even the most punishing metal can contain fragments of hope, equality, and progressive thinking.

Gale was at the heart of Power Trip’s public profile, and his kind, confident demeanor on-stage and off- was enough to inspire loyalty and admiration not only in the people who knew him personally, but anyone who read an interview with the band, or caught them live, either in person or on video. While Gale brought a fierce energy to his vocal performances, and was known for whipping his excited fans into a frenzy of moshing during the band’s raucous shows, he also maintained a firm stance against the violence and toxic machismo that permeates many sectors of heavy metal and its fan base. In a widely quoted interview in 2017, Gale laid it out like this: “If someone is wearing a Power Trip shirt, you can probably assume that that person isn’t like some weird, racist, meathead piece of shit, hopefully ... We try to make it pretty clear that we might all be white males, but this is not a band for white males to enjoy and be dumb rednecks.”

Even while fans were whirling and stage-diving around him during a show, Gale would call out any instance of overt violence or aggression between anyone present, and kept an eye out for the most vulnerable among the show-goers. This attitude resulted in Power Trip’s concerts, despite their crushing volume and non-stop crowd-pulsing intensity, having the atmosphere of a joyous party or a family reunion. Everyone there shared in the sense of positivity and camaraderie, having found in the band an avatar for both punishing metal ferocity, and a palpable respect and joy shared between fans. 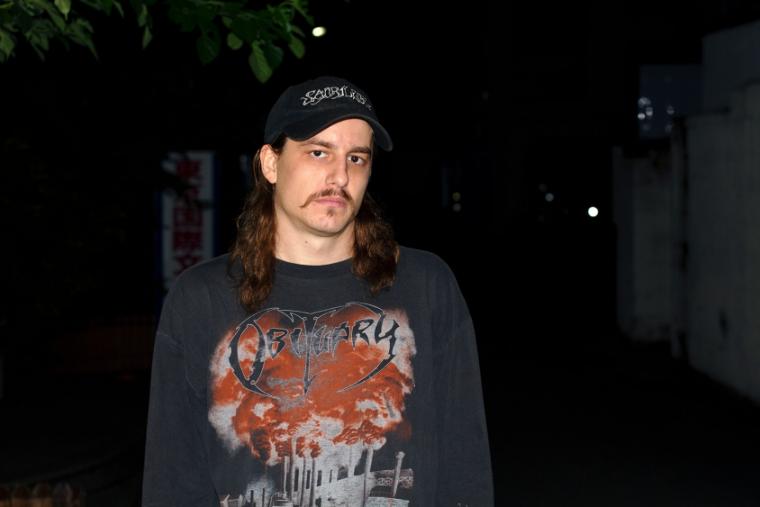 The loss of Gale feels particularly disheartening because the band was still relatively young, having only released two albums. 2013’s Manifest Decimation, and 2017’s Nightmare Logic are both rightly considered classics of the thrash-metal genre, and were highly acclaimed by critics and fans as a distillation of the energy of hardcore punk and the reckless speed, raw energy, and progressive complexity of the music by the “Big Four” bands of ‘80s thrash (Megadeth, Metallica, Slayer, Anthrax). Power Trip formed in 2008, and their music appeared on a number of EPs and compilations, but it wasn’t until the 2013 release of Manifest Decimation on the label Southern Lord, founded by the members of experimental drone/doom metal icons Sunn O))) that their profile raised to the level of international fame. Still, throughout their existence, Power Trip were constantly touring and generating a devout following through word of mouth and the unforgettable experience afforded to those who saw them live.

Nightmare Logic took the band’s complex arrangements, warp-speed jackhammer riffs, and sudden shifts in tempo and intensity to the next level. The album moves beyond any easy comparison to both “Big Four” thrash antecedents and hardcore punk. Though certain riffs might appear within a given song that suddenly evoke Slayer, or certain d-beat passages might call Cro-Mags to mind, the tightness of the band’s songwriting and their quest to pack each track to the brim with a diverse narrative arc of intertwined riffs and one-off bridges cemented them as a unique voice in metal of all stripes, not only the specific institution of thrash. A typical Power Trip song might begin with a mid-tempo power chord riff that seems to start things off in relatively tame territory, but over the course of the next five minutes or so, the band could segue through martial, hard-galloping cadences, bursts of quadruple-speed tremolo picking, half-time hardcore breakdowns, or passages of fretboard-spanning prog technicality, all stacked closely together and launched at your skull in quick succession.

At the heart of Power Trip’s music sat Riley Gale’s vocals and lyrics. He cycled between instances of classic, throat-shredding barking in the hardcore tradition, growls in a lower register, and a more piercing, quasi-melodic shriek somewhere in the neighborhood of Megadeth’s Dave Mustaine – though processed through the lens of rowdy punk. Gale’s vocals tended to be processed through a cavernous reverb, akin to '80s thrash production, which rendered his voice even more powerful and spacious within the band’s tightly mixed sound. Lyrically, Gale favored call-to-arms type anthems that ridiculed inaction and apathy, often entreating his listeners to take action and confront the injustices of the world.

“You’re waiting around to die and you’re all right with it / You’re waiting around to die and I can’t stand for it,” he sings on “Waiting Around To Die,” before finishing the song with a moment of realization: “No / Can’t be held accountable for another hopeless soul / The choice ain’t up to me, you’ve got to fight to be free.” On “If Not Us Then Who,” Gale drew direct inspiration from an iconic speech given by civil-rights icon and congressman John Lewis (rest in peace) that asks, “If not us, then who? / If not now, then when?” Though Gale acknowledges that we “can't stop the force of ruin / this world will run through you,” he balances that hopelessness with a ray of light: “Take a look at your life / tell me to what do you aspire? / I want to know how far you're willing to go.” May he also rest in peace.