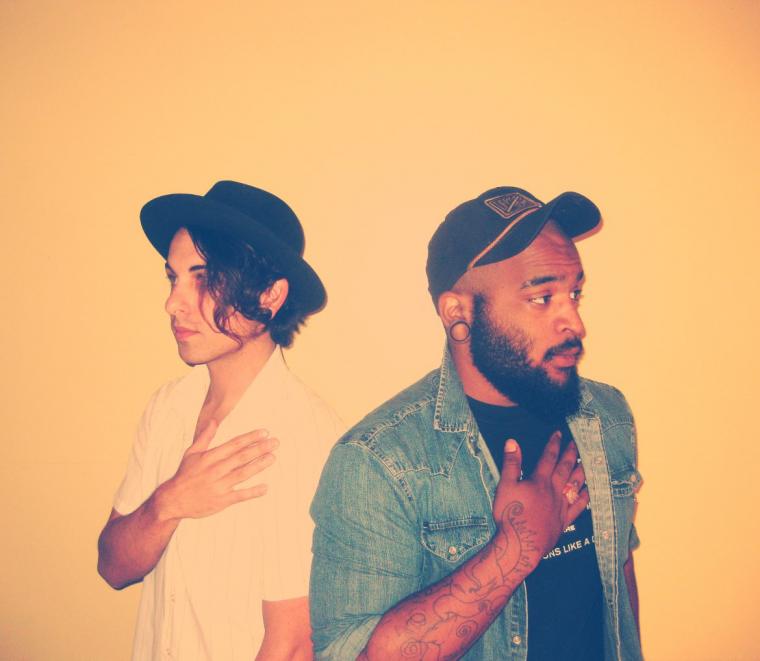 If you want to know the secret of Sister Wife’s Trap House, you probably shouldn’t ask the Quad Cities-based duo of guitarist/vocalist Samuel Carothers and drummer Matthew Ashegiri. They work largely by instinct, and on this album those instincts are – far more often than not – startlingly spot-on.

Not yet two years old, the band has worked with producers – on a single for Milwaukee’s Honeytone Records and an EP – but chose to go it alone for Trap House, the debut album Carothers and Ashegiri self-released last week.

“When we went into the studios ... it was really hard to translate what we wanted – the vision that we had with the music,” Ashegiri said.

It wasn’t a problem with the producers, he said: “We couldn’t articulate as well as we wanted to. ... It felt like there was a missing link. We were playing a game of Telephone, basically. ... We were working through a translator.” 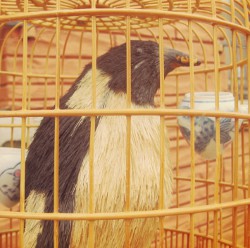 Even a single listen to the self-recorded Trap House demonstrates that if these two men in their early 20s can’t put their visions into words, they have little trouble confidently converting them into music. The fully formed album is loaded with contradictions – loose but tight, rich but primal, complex but simple. You could easily reduce Sister Wife to some indie-rock clichés – the guitar/drum duo, some airy tropical vibes – but the songs transcend them.

The magic isn’t hard to discern: Carothers and Ashegiri have fantastic chemistry, with great guitar hooks and tone, a supple rock voice with just a hint of snot, bone-deep drumming, a smart ear for ebb and flow, and casually adventurous composition and production. The alchemy of their nimble musicianship and interplay requires little augmentation.

“Our rule is: If it feels right, keep it,” Carothers said. “Don’t think about it about too hard, don’t try too hard.”

He’s selling himself short. In a live setting, Trap House regularly requires the singer/guitarist to perform multiple guitar and vocal lines simultaneously. While the technical challenges of that are self-evident, on record everything still feels organic and natural. The band’s Daytrotter session – released the same day as its album – is a truer representation of the live approach, and what’s sacrificed in fullness of sound is more than made up for with a bit more funk and the foregrounding of the drums.

“Sam does like five different things with guitar and vocals at one time,” Ashegiri said. “I’m really lucky all I have to do is play drums.”

Opening the album, the title track is both a great start to Trap House and a bit of a feint. Carothers’ warm, breathy singing is well-matched by the bright melody of a marimba, with the guitar and drums providing the groove and emphatic punctuation.

Sister Wife then brings the noise, with “Dirty Finger Nails” starting a stretch of five vibrant, varied, and dynamic songs of largely undiluted guitar rock. Most bands would be proud to have one of these as a calling card; Sister Wife unleashes them in a lethal, unrelenting combo. At any moment, I might be most attracted to the chug and ecstatic highs of “Dirty Finger Nails,” or the shapely, Americana-tinged giddy-up of “Shelter,” or the Morse-code pulses and escalating cacophony of “Mail Order Bride,” or the sleek slink of “1,000 Years,” or the sonic layers of “Paper.”

After that, the album begins to lose steam as the band gets more experimental, from buried, unintelligible vocals on “Pity the Fool” to aggressive vocal manipulation and a Tegan & Sara feel on “Siamese” to a warbly falsetto and atmospheric production (and something that sounds like a harpsichord!) on “San Diego.”

Stretching and exploring aren’t themselves problems, but the back half of the album, against the Sister Wife ethos, tries too hard to mix things up. (Unlike on “Trap House,” the change-ups seem capricious and without discernible purpose.)

If Sister Wife can’t yet pull off its digressions with the same seemingly effortless skill of its unapologetic rockers, that doesn’t diminish the substantial achievement of Trap House. The record was a winter project – “If we got this far on these two home demos, what would happen if we tried it again with 10 songs?” Carothers said – and people can pay whatever they want for the album on Bandcamp.

“Really, what we want to do is get in front of as many people as we possibly can,” Ashegiri said.