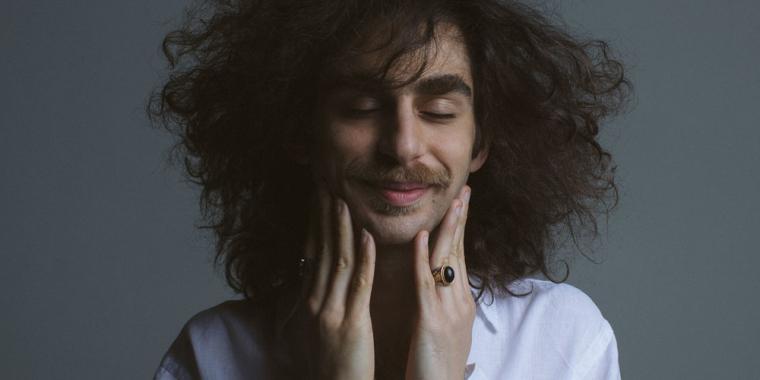 São Paulo-born artist Sessa has put in nearly a decade of work with psych-rock ensemble Garotas Suecas, and in collaboration with eclectic New York-based bandleader Yonatan Gat. While Garotas Suecas bore the obvious influence of fuzzed-out psych-pop experimenters Os Mutantes, casting off see-sawing jams that swung between heavy riffing and gentle vocal interludes, Sessa’s solo music aligns more closely with the catalog of Brazilian über-kingpin Caetano Veloso. Like Veloso, Sessa’s gorgeous voice has the potentially to instantly spark goosebumps in the listener. His voice can tumble up and down scales with melodic precision while maintaining a weary, almost stoned energy – as if he’s telegraphing his voice to us through the clouds gathering on the edge of our line of view out over the mountains in the distance.

Listening to Grandeza, his first proper solo album under his own name, feels like a tour through the styles that defined the enormously influential tropicália movement of the mid-20th Century in Brazil. Indeed, the catalog of Caetano Veloso alone can serve as a kind of road map for the styles that Sessa tries on here. He mostly sticks to more stripped down arrangements focused on guitar and hand percussion, with flourishes of spellbinding background vocals, landing somewhere in the vicinity of Veloso’s classic one-man-on-stage-with-a-guitar album Totalmente Demais. Like that album, Grandeza carries enormous weight even with its essentially bare-bones production style. Tracks such as “Tesão Central,” carried over percussion and vocals only, skirt closer to the capoeira fever dreams of Veloso’s Transa, while “Flor do Real” evokes the lightly orchestral arrangements of Veloso’s self-titled 1969 album subtitled Álbum Branco. “Sangue Bom,” with its slowly swelling atonal horn section and smeared vocal wanderings channels the hallucinogenic collage aesthetics of Veloso’s Araçá Azul (this writer’s personal favorite of the catalog, for what it’s worth).

If comparing Sessa’s music so directly to Caetano Veloso feels reductive on one hand, you have to remember that filling the shoes of one of the giants of 20th-Century music is no easy task, and any comparison to Veloso’s work comes bundled with the implicit acknowledgment that Sessa's music is extremely compelling and finely wrought, regardless of influence. Also, I would feel more guilty about the comparison if Sessa didn’t so openly rep Veloso in the discourse surrounding his music. He accompanies Grandeza with a personal note stating that the album is “also about my love for Brazilian music and its many shapes and colors,” and this sentiment comes through beautifully in his compositions.

With album highlight “Dez Total (Filhos de Gandhy),” Sessa makes a direct reference to another classic in the Brazilian canon: Gilberto Gil and Jorge Ben’s legendary Gil e Jorge, which itself contains a song called “Filhos De Gandhi.” Meanwhile, the somber bossa nova guitar of “Infinitamente Nu” skirts closer to the music of timeless legends (and trópicalia precursors, to say the least) such as Tom Jobim or João Gilberto – animated by hyper-complex harmonies dripping with strange suspensions and surprising chordal shifts, focused above all on the lone voice of the guitar. The effect here is one of eternal return, of influences transcending time and finding new life in a modern landscape in which these sounds, while still ever-present thanks to the Internet and streaming, might not find such direct expression within the work of today's artists.