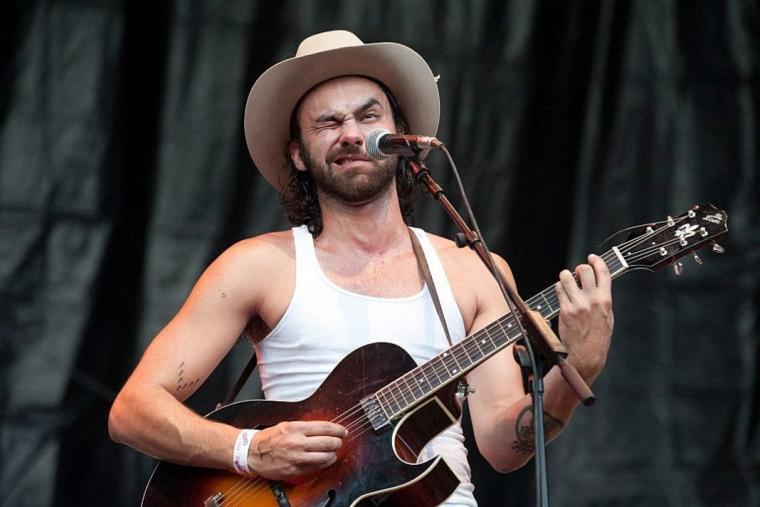 Shakey Graves makes the kind of three-brains-firing-at-once music that every street busker or solo musician who aims for a full band sound can only dream to capture. The singer/guitarist/percussionist born Alejandro Rose-Garcia built his name on live sessions that find him not only belting his heart out while he winds his way through a steady stream of complex finger-picked guitar in the American Primitive tradition (think icons such as John Fahey or acolytes including William Tyler), but playing rudimentary percussion like bass drums and tambourines with his feet. Far from any form of gimmickry, Rose-Garcia’s tracks feel like classes in how to use each one of your limbs, and your voice, for their own purposes in the context of what could pass for the output of a full indie-rock ensemble. His take on his track “Roll The Bones” (no relation to the Rush track) during an Audiotree session from 2013 has since gathered 17 million views on YouTube, which demonstrates the sort of pure “You gotta see this” awe that the man’s performances can generate. More than anything, videos such as this show how comfortable and charismatic Rose-Garcia can be purely as a singer showing us what he can do – and this is not to mention that the body below his head is crafting intricate rhythms from his stable of instruments.

Shakey Graves has more recently expanded into the Shakey Graves Band, and has been touring with a lineup that allows him to serve as a more conventional frontman leading a crew of dudes that essentially replicate, with greater detail, the previous actions of his arms and legs. When the question becomes, “Does the full band justify their worth when the main performer can do it all on his own?” you know you’re onto an interesting performance template. The answer here is, “Yeah, they do.” Simply by offering a wider chunk of the stereo spread from which Rose-Flores’s tracks can blast out at his audience (including, for example, bass, a full drum kit and occasional flourishes of keyboard), the band gives us a chance to focus on his compositions outside of any considerations of its unconventional performance. An hour-and-a-half live video of their set at the House of Blues in Boston at the end of 2018 showcases a tightly interlaced crew of musicians who, while spearheaded by their frontman’s striking vocal lines, pour out a loose strain of above average rock music flecked with interesting counterpoint guitar lines and interlocked bass-and-drums grooves. 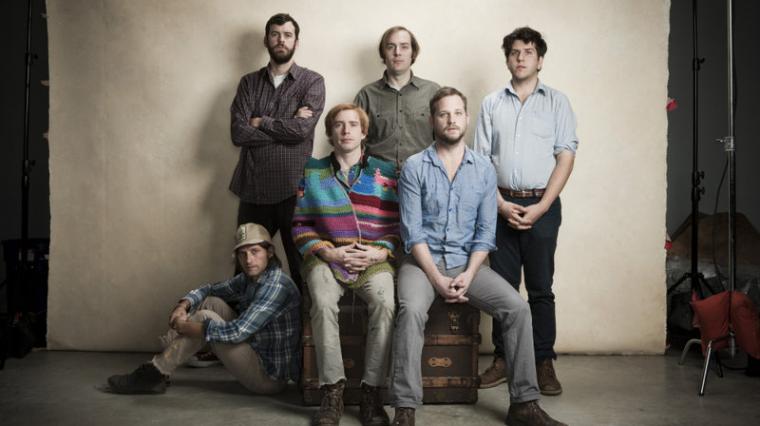 Shakey Graves makes a perfect tour-mate project for the rock institution that is Dr. Dog. The Philadelphia-based band formed in 1999 and has since released 10 full-lengths and a number of live albums and EPs. The through-line in their catalog is an easygoing approach to rock songwriting that positions them as logical heirs to both the “We are a pop band” branch of, say, the Cheap Trick catalog and the “We skip around your entire record collection” approach of Ween. The band isn’t afraid to farm for Ideas in the blues tradition, the Dead and post-Dead wave of jam bands, or the more crowd-pleasing tunes of the most notable exports of the British Invasion. If the band seems kind of middle-of-the-road to you, based on the occasionally spotty vocal performances of frontman Scott McMicken or their tracks sometimes falling into a nebulous “Where have I heard this before?” state of stasis, I recommend you just wait, like, five minutes and check out whatever they have coming up next on the set list, as often it will shift the mood to some entirely new sphere to spend some time in.

Shakey Graves and Dr. Dog play East Moline venue The Rust Belt on August 19, admission to the 7 p.m. show is $35, and more information is available by visiting MoellerNights.com.