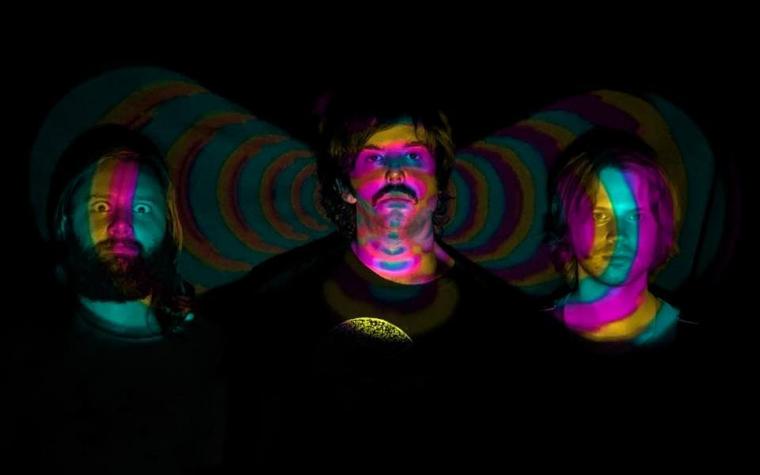 A bill of psychedelic, folk-adjacent music in various permutations takes over Rozz-Tox on December 11 with a headliner set by local project Sunshrine.

The last time psych-folk/rock crew Sunshrine appeared in the Reader, the band was prepping the album Dream Milk and had just released the title track as an advance single. While that single bore traces of Jefferson Airplane-style lysergic haze and an organ-led stomp somewhere in the orbit of modern-psych flagship Tame Impala, the rest of the album proves to be just as charming and gently freaked out. Sunshrine manages to sound both retro in its worship of '60s tropes (see: effect processed vocals, swooning phased guitar chords, a general Sgt. Pepper-core carnival-esque vibe), and timeless in the execution of pleasant vocal melodies and dynamic rock arrangements. The band doesn’t have any distortion hidden up its sleeves, and never breaks into full on heavy riffing, erring on the side of lilting falsetto soul that has more in common with Curtis Mayfield than, say, Dinosaur Jr. The composite of its sound feels like it wouldn’t be out of place on the full band-based quadrant of Stones Throw, alongside the idiosyncratic funk/soul pastiches of Meyer Hawthorne or Jerry Paper. Each of Sunshrine’s intertwined guitar licks and drippy keyboard passages serve the atmosphere of the songs, and fit together into a pleasant tour of ideas that ends up being, dare I say, both magical and mysterious.

Album highlight “Salty Lace” bounces along with a kinetic high-hat pattern and softly skronking, effected guitar chords that tear into the mix like gentle scrapes from a rake tearing the ivy off the side of an old building. The track possesses a sort of languid, slowly galloping energy as it slinks its way through soulful chord progressions and rising falsetto vocal lines. Delivered in such a bright fashion, lyrics such as “even now the trees are dying” fall into that time-honored strategy of draping sad words in happy accouterments.

When the album closer “Hillside” picks up the pace a little bit with its fast-chiming guitar arpeggios and rollicking hand percussion elements, the band sheds some of the carnival weirdness in favor of an almost medieval flavor, sketching out a trip down a foggy mountain path far removed from the village gates. The guitars here are at their best on the album, as they switch on a dime between glistening chord figures and tightly synchronized, melodic riffs that hit with accents on the drums, like something out of the progressive English folk tradition. The song takes a different tack for the last third of its running time as the band locks into one single chord and hammers it to the ground repeatedly, shedding any semblance of harmonic complexity in favor of that one primal, unchanging groove. The effect is welcome here: suddenly we’re in the realm of zoned-out kraut-rock along the lines of Neu! or Faust, or one mini-generational step back in time to the all-one-note “ostrich guitar” experiments of Lou Reed in the Velvet Underground. The idea that paring down its ornamentation and reveling in elemental simplicity could actually complicate the song nicely seems to be itself a sort of paradox, but it’s all about the juxtaposition of ideas here, and the contrast of a new style of playing shaking up an established context.

Sunshrine plays its Rock Island concert on December 11 with additional sets by Liv Carrow and Cocopower, admission to the 7 p.m. show is a $5-10 sliding scale, and more information is available by calling (309)200-0978 or visiting RozzTox.com.