The Get Up Kids, September 12 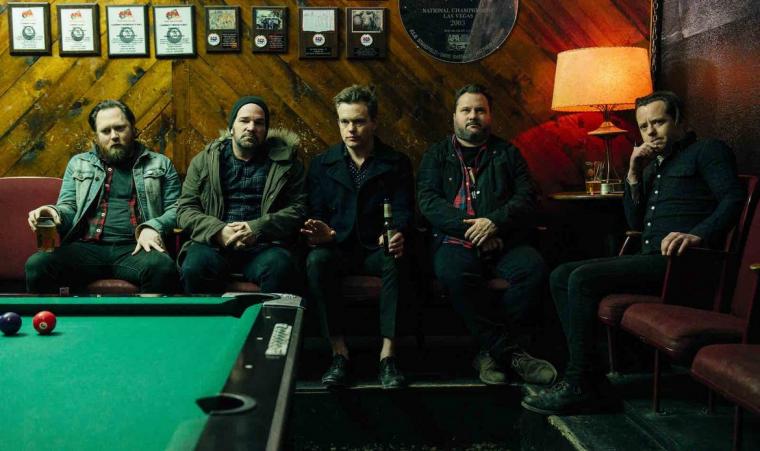 The Get Up Kids at the Codfish Hollow Barn -- September 12

Kansas City alternative/emo stalwarts The Get Up Kids land at Maquoketa's Codfish Hollow Barn on September 12.

If that certain friend of yours who is way too into the history of “emo” and will launch into detailed rundowns of its various waves and major players can be believed, The Get Up Kids helped shape the “second wave” of the genre before essentially abandoning it in favor of a more polished sound closer to alternative rock. Looking back on a catalog that began over 20 years ago with 1997’s seminal Four Minute Mile, the band has truly come a long way. That album’s yelpy bursts of raw pop-punk energy and twitchy, intertwined guitar lines would go on to provide an early blueprint for bands such as Saves the Day and Fall Out Boy. Members of the latter especially have been quite vocal about The Get Up Kids’ influence on their sound, singing praises along with concurrent acts such as Blink 182.

Even if you take this name-checking with a grain of salt, it's easy to see how this early music had such a lasting effect on the landscape of emo and really of Midwestern rock music in general. Singer/guitarist Matt Pryor sings like he’s falling apart before your eyes on the microphone, his voice bursting in the kind of hard-belted confessional style that places sheer expressiveness and intensity over straightforward tunefulness or discrete melody. The young band wrote songs about, say, “Fall Semester” that rippled with the angst of teens going back to school, working their way through complicated feelings, and banding together into scenes that shared values and artistic inclinations. The band paid close attention to varied dynamics in its songwriting, rocketing from quiet guitar interludes into surges of distorted crunch, offering roller-coaster narratives to match the turbulent ups and downs of their lyrical content.

Jump forward 20 years, over an extended hiatus and multiple re-definitions of their sound, and The Get Up Kids maintain key elements of this early style while streaking off into new directions in other regards. Matt Pryor still hits high notes in his nasal delivery, and defines the energy of any given track with what his lyrics choose to focus on and exactly how sugary and pop-friendly his melodies are at any given time. His voice has matured over the years, and he can write lines for himself that wind a little further up and down the scale with confidence. The production of their latest album Problems plants multiple guitars and keyboards on top of each other in the mix, yielding a style of driving arena rock riffage that feels more like something you’d raise a lighter to rather than mosh to in a sweaty basement. The arrangements still work their way through nice lulls in intensity, often supplied by pensive piano lines, before soaring back up into hooks weighted with distortion and kinetic forward motion.

Taken as a whole, the aspects of its sound that would have lumped The Get Up Kids in with the Midwestern emo scene in the 1990s now feel logical and normal within a diverse rock scene that has cross-pollinated so heavily with styles such as pop-punk over the years. Tracks including “The Problem Is Me” from the aforementioned Problems hone in on the crowd-pleasing hooks and constantly jittering riffs of classic power-pop such as Cheap Trick. The song stomps along over steady piano lines that maintain one chord while the guitars move underneath them, lending an almost bar-rock swagger to a song that seems ready to splinter into a guitar solo at any moment. (Spoiler: It does.) At the end of the day, the band can write memorable music with giant melodies and one-step-beyond-conventional song structures no matter what label you try to put on it. The Get Up Kids offer a reminder that the cathartic emo rock jam isn’t too far removed from whatever is populating the Pop with a Capital P charts at any given moment, and that there’s no shame in that fact – that writing music that fans can sing along to and relate to emotionally will keep you relevant regardless of wider trends or historical arcs.

The Get Up Kids play the Codfish Hollow Barn on September 12 with opening sets by Cloud Nothings and The Whiffs, admission to the 8 p.m. concert is $30-35, and more information is available by visiting MoellerNights.com or CodfishHollowBarnstormers.com.