On Their Own Time: Chrash, “Things My Friends Say” 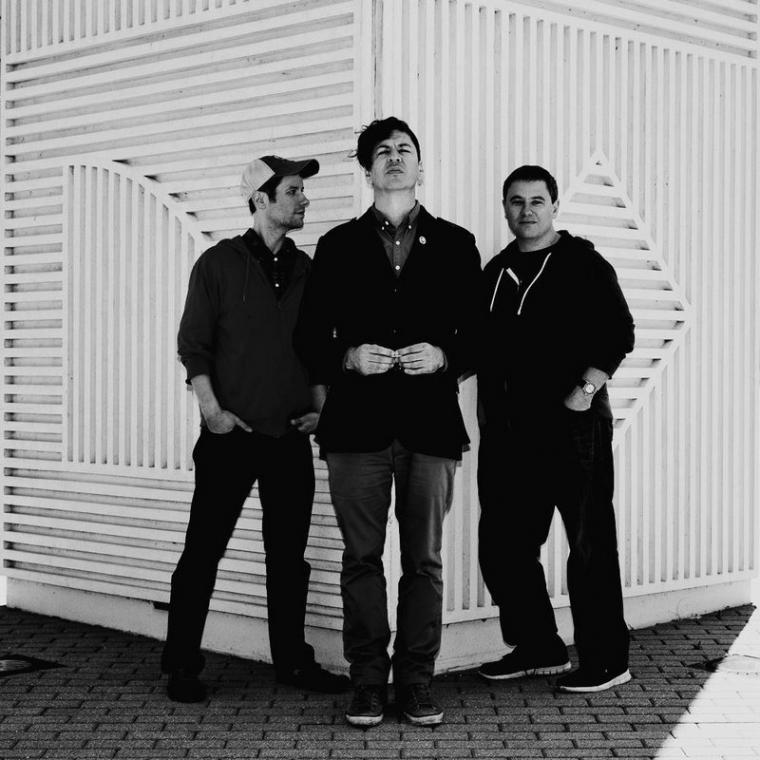 Six seconds into Chrash’s “Midwest Sky” is a throw-away sound that illustrates the band’s method for Things My Friends Say: the light ping of a coin being flipped.

The summer release from Chrash on the Cartouche label, said singer/songwriter/guitarist Chris Bernat, was in the works for three years. “It’s a long time coming,” he said last week. “We decided that it would be nice to have the luxury of time, which can work for you or against you.”

So instead of being on the clock at a studio, Things My Friends Say was recorded in the basement of drummer Paul Blomquist. On the work-against-you side of things, recording equipment failed near the beginning of tracking, and Bernat said that “we couldn’t figure it out. ... That took months.”

But for the most part, he said, time worked for the Quad Cities band, as the trio used it to find the right sounds and methods for capturing them: “We really enjoy being creative in the studio, and ... we were able to try things that we’ve never done on record before. Because usually ... we’re on someone else’s time. So we were able to get experimental ... .”

In the past, he said, the band – which has often worked with Pat Stolley in the studio – would record quickly. “With this,” he said, “we might ... scrap it and start over. That’s a luxury you don’t have when you’re paying somebody by the hour in the studio. ...

“This is the first one we’ve done pretty much on our own,” he added. “I like the homemade feel of it, but it’s not lo-fi.” The coin flip is just one example. There’s microphone placement in a washing machine and at the top of stairs, the use of an Omnichord on several songs, a sample recorded off KUNI radio announcing a Chrash song. (That last one is buried deep in the mix to the point that it only registers as a radio-tuning knob finding mostly noise.) Bernat said he couldn’t recall all of the tricks the band employed, “just trying anything to get a different, new, exciting sound for us.”

That process has its perils. Over-thought records can feel precious and sterile, but – like Spoon – Chrash manages to make rigor and attention to detail sound casual and natural. Over its 11 tracks, Things My Friends Say has a broad but comfortable indie-rock palette.

The first three tracks chug along, but with different engines – piano and Kim Murray’s bass on the opening title track, and pulsing guitars on “Grace Comes from Lightening” and “T.V. Fun Lights.” Before that gets tiresome, “Midwest Sky” has an airy sound that reflects its title, and then “Local Scene” obliterates all preconceptions with opening synths that would be at home in a horror or sci-fi movie from the 1980s.

The brief, gently urgent instrumental “Too White to Fail” is an additional palate-cleanser leading into the back half of the record, where Things My Friends Say really sings. “Crucial Conversations” is a sterling example of rock-trio songcraft, arrangement, and tone – simple, taut, disciplined, and most of all vibrant, thoughtful, and alive in every component and in its progression.

“Just Asking” is punchy and agreeably snotty in its attitude, and lyrically it takes its cue from the title of the earlier instrumental. With all that going on, it should be insufferably arch, but nestled within are serious and earnest questions about race and change: “Are we too white to fail? / And if so / then what the hell / are we to do about the way it is?”

“I’m Acting,” meanwhile, has the hushed, soft warmth of seduction undermined by sharp observations on delicate artifice: “You’re acting like you like me right now / ’Cause you, you’re not acting like yourself tonight.”

Closing the album, “Didn’t We Have History Together” is a sprightly sprint to the finish, straightforward rock characterized by galloping guitar and drums that’s augmented by Omnichord, percussion, and distorted-bass flourishes. It’s an effective summary the entire album: dynamic, skillful, tight, and free.