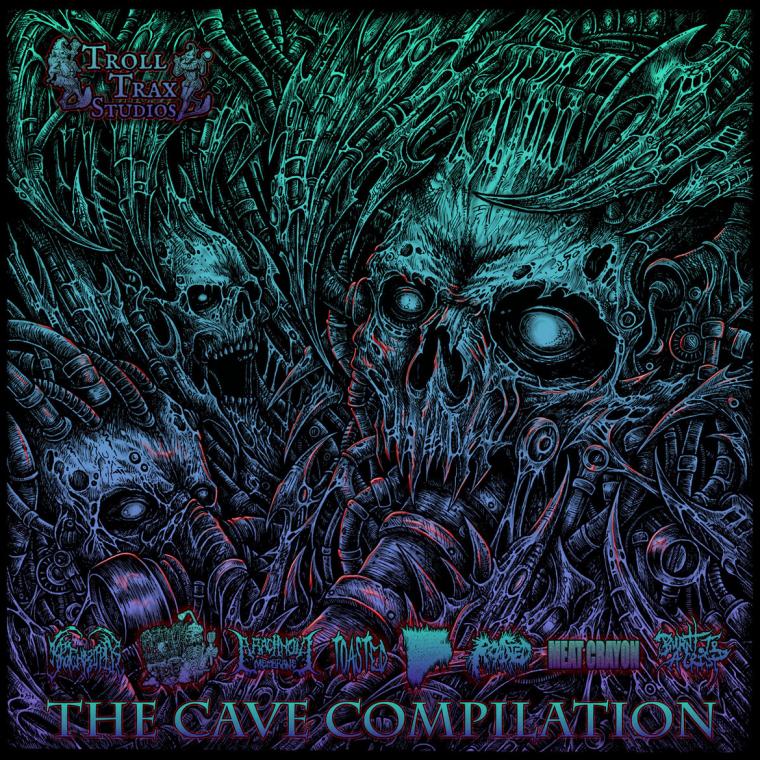 Troll Trax Studios’ fiery compilation of Quad Cities technical death metal and grind core titled The Cave Compilation landed in January and laid out an entire roster of like-minded Midwest metal freaks that all proved capable of shredding our guts to pieces. The compilation served as an exciting introduction to the label’s extended family, including bands with classically goregrind monikers such as Krotchripper, Attack from the Tub, and Burnt to a Crisp, all of whom absolutely decimate with their quadruple-time guitar architectures and punishing double-kick drum beatdowns. I had to dig deeper into the label’s Bandcamp to find more gory gems, and I was not disappointed. 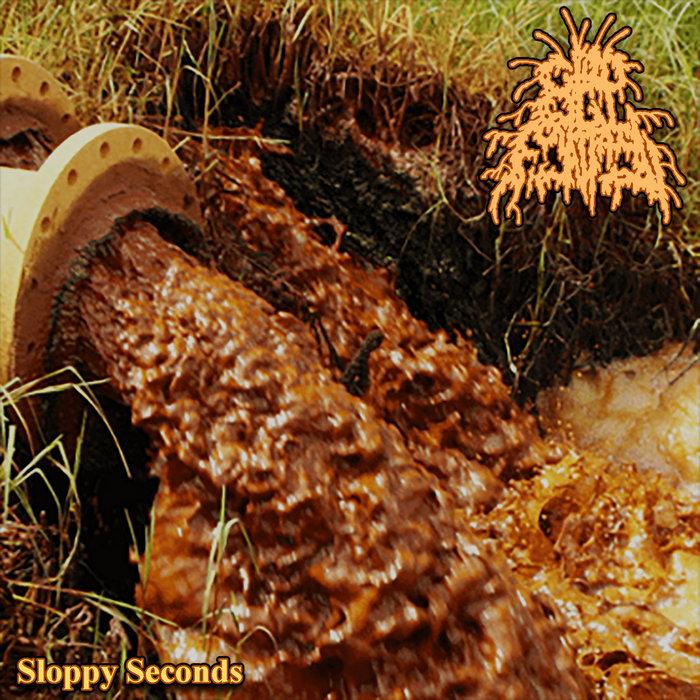 A band called Slop Fountain is set to drop an album at the end of February titled Sloppy Seconds, which features unholy, scatological album art that might be a little too foul to print in these pages. The band seems to be the work of a single guy, charmingly listed in the credits here under the name “Butt Rot.” The three tracks that Mr. Rot have up online all measure in at a minute or less, in exemplary grindcore fashion – but deviate slightly from the genre’s norms by way of the little details that he threads into each of them. His vocal style, which lands somewhere between a croaking frog and a bellowing wildebeest, cuts through the busy mixes with each garbled bellow. The guitar arrangements here aren’t all cookie-cutter riffs, either – moments of noise chaos that deviate from any legible rhythm occasionally burst through the proceedings, along with wailing pinch harmonics that sound like the last gasp of, say, a terminally ill cat. Lovely. 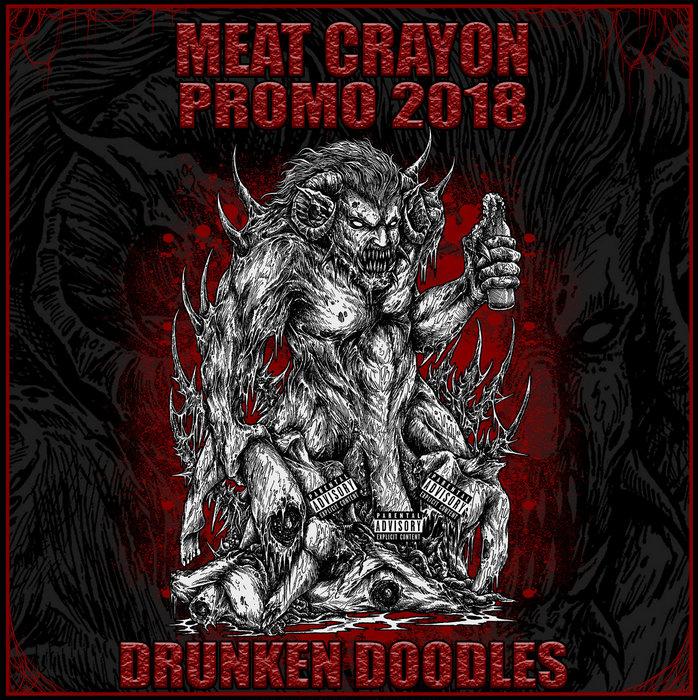 Digging a little deeper into the Troll Trax Bandcamp yields the spare but jam-packed EP Drunken Doodles by a band called Meat Crayon. Originally released in 2018, the label reissued this little number in late 2020, presumably just to get some extra ears on it and bring Meat Crayon into the fold of the label. To put it simply, the band’s music rips. The drum performances immediately stand out with their machine-gun snare volleys and constant flow of kicks. With their longest song stretching to a relatively epic one minute and 26 seconds, Meat Crayon know exactly how to cram each morsel of gore goodness to the hilt with juxtaposed riff structures, half-time sludge passages, and utterly disgusting vocal lines which approximate a poor soul trapped in a coffin and screaming to escape from somewhere underground.