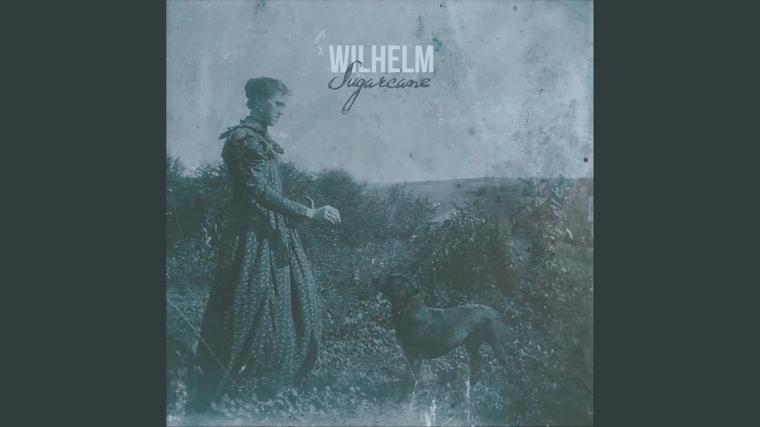 A. Riggen, half of Quad Cities doom metal duo Murnau, has released Sugarcane, an album of indie-rock/dream-pop compositions under the moniker Wilhelm. Though the yearning, reverb-heavy vocal style he employs in Murnau remains intact here, his arrangements in the context of this project have shifted to the world of a more conventional “rock” band built around more relatively straightforward piano, guitar, bass, and organ lines.

Riggen proves early on that he possesses the knack for more conventional songwriting, though each of the tracks here contain more abrasive or noisy details hidden among the harmonic frameworks. Most of the tracks on Sugarcane evolve over a central bedrock of lightly effected piano, dusted with room tone to the point that the fidelity lands somewhere in the region of a lo-fi bedroom pop sound. Riggen’s piano performances float across chordal quarter notes that orbit the steady backdrops characteristic of the music of, say, Harry Nilsson. The home-recorded nature of the project comes out most directly in the electronic percussion programming that highlights mimetic drum kit tones – how else can you piece together fully realized tracks from your home studio? The electronic drum grid provides a welcome foundation for the live-performed, un-quantized other elements, and Riggen succeeds at draping his bass lines and piano performances over the rigid drums in a way that approximates a live band.

As a vocalist, Riggen is capable of carrying these pop-leaning tunes, imbuing his performances with plenty of personality and vocal details. His voice seems to channel some influence from the softer quadrant of Billy Corgan’s lead lines in the early work of Smashing Pumpkins, and perhaps the more ramshackle stylings of Wayne Coyne in the era of The Flaming Lips before they reached the point of full cosmic mania.

Some of the most exciting details contained in these tracks arrive in the form of more fried, prickly electric guitar leads. The song “Perforated” stretches out at a faster tempo, animated by a kinetic hi-hat and snare beat, but the atmosphere complicates when Riggen adds a layer of upper-register electric guitar over the proceedings, shifting his picking style between legato phrases and more staccato accents.

As a vocalist, Riggen carries his tracks with aplomb, proving himself unafraid to stray into more psychedelic and impressionistic lyrical territories. The aforementioned “Perforated” mentions both “cuttlefish” and “whitefish” in its lyrics – along with “clear white bitters” and “sourness.” He has a clear sense of the phonetic qualities of the words he chooses to thread together, perhaps more than the semantic qualities. It’s a welcome trade-off, because the role of vocals within the context of his tracks seems to occupy a more textural vibe than any clear-cut meaning.

Above all, it’s clear that Riggen possesses within him the skill set necessary to create a whole band on his own merit through post-production techniques. Though Murnau relies on their drums + guitar/vocal lineup and is capable of dialing up the amps to cut through a room in a live context, Wilhelm proves to be more of a headphone listening experience where each layered instrument can be placed in its space within the mix.