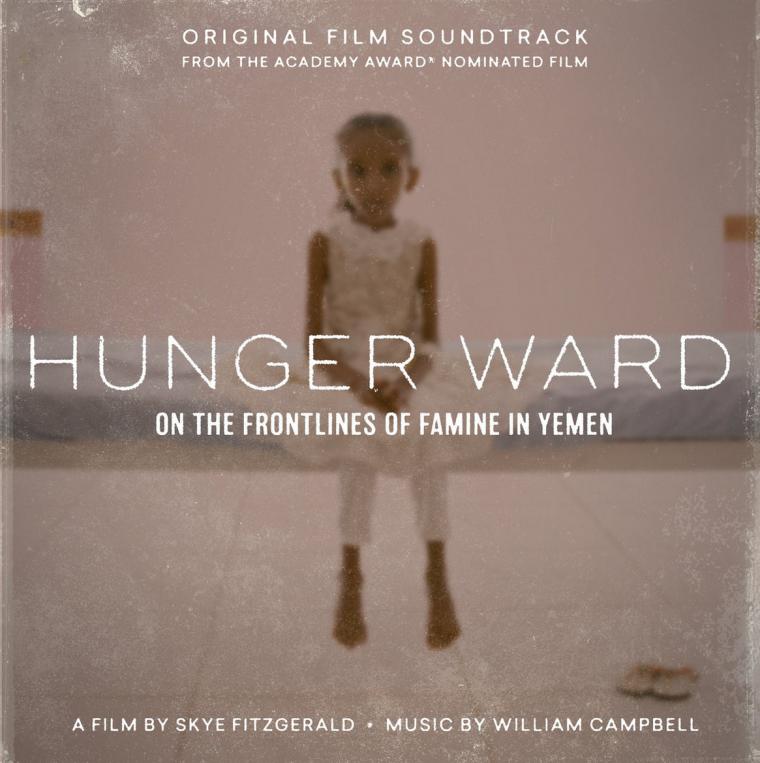 The acclaimed short film Hunger Ward (2020), directed by Skye Fitzgerald, shines a spotlight on the famine in Yemen and the efforts of health workers to save children who suffer from starvation and malnutrition as collateral damage of the conflicts in the region. The affecting film was nominated for an Academy Award this year for Best Documentary Short, and has picked up a slew of accolades from film fests and organizations over the past year. Perhaps you’ll be surprised to learn that William Campbell, the composer of the film’s spectral, gorgeous soundtrack resides right here in lovely Davenport, Iowa – and that this isn’t even his first film to receive an Academy Award nomination, the first being 2018's Lifeboat. Quad Cities representing!

Campbell’s full catalog runs the gamut from solo piano pieces to full-on dark-ambient drift to more neo-classical efforts oriented around the performances of a full orchestra. It’s worth noting here that it’s virtually impossible to tell whether he’s employing an actual orchestra of musicians to make this music, or whether everything is conjured up via contemporary software synthesizers and VST-derived, simulated acoustic tones. At this point, the distinction between these two modes of creation doesn’t matter at all, as Campbell’s work carries the full gravitas and layered arrangements of a live orchestra, even if it is all electronic in origin. This speaks not only to the insane developments in music technology in recent times, but more directly to Campbell’s expertise as a composer and arranger. He has a honed ear for tonal juxtaposition, textural nuance, and slow-burning drama – you know, all the things that might be useful to soundtrack what is ultimately a poignant, heavy film such as Hunger Ward.

As we’re dealing with a short film here, Campbell’s score sticks to shorter cues that typically hover around the one-to-two-minute mark, but that manage to cram discrete and dynamic narratives into their short running times. His primary tonal palette here centers around yearning strings and ghostly wafts of what sounds like electronic (once again, who knows?) drone texture, which rise into the stereo spread and wrap around each other in beautiful, almost generatively interacting curlicues. The contrast between these two main varieties of tone infuses the music with a past-meets-present sense of timelessness, speaking both to the tradition of 20th-century film scoring and modern electronic music on the experimental dark ambient spectrum.

The longest track here, “Grief, Aida, & Ascent,” serves as a sort of microcosm of the whole experience of the soundtrack as it stretches through nearly five minutes of intertwined drones, string-section swells, and languidly developing melodic figures. We get the afterimage of a chord progression somewhere in the haze, but the specific harmonies aren’t necessarily the point as much as the whole hyper-dramatic mood of the piece as it through passages that vary in density and level of melodic activity. The strings alternately brood with long strokes of the bow and jitter with tense, non-melodic tremolo flourishes. Around the halfway point, Campbell allows very clearly electronic-synth tones to creep into the mix in the form of cavernous low end and almost vocal-formant-esque notes that hang in the mids, further flexing his range with varied sound sources and methods of wringing raw emotion out of his compositions.