William Campbell, "All in Due Time" 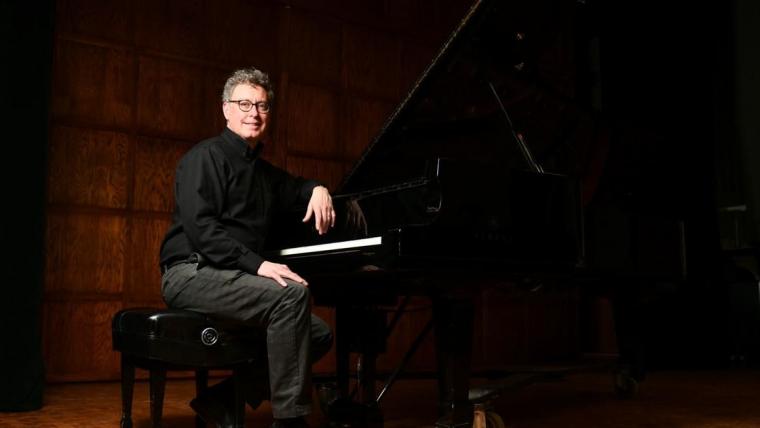 We last heard from Davenport-based composer William Campbell earlier this year with the release of his soundtrack to the Academy Award-nominated short film Hunger Ward, which profiled the famine in Yemen and the efforts of health workers to combat starvation and malnutrition of the children in the region. While Campbell’s score for the film featured swathes of his moody, affecting composition for the piano, the instrument formed only one piece of a larger palette that incorporated dark-ambient electronics and orchestral strings.

Untethered to a film this time around, Campbell’s new album All In Due Time shines the spotlight directly on his composition for solo piano, and, just as importantly, his own performances on semi-grand concert piano recorded in his Davenport home. Speaking on the creative process behind the album, Campbell explains, “It took nearly two years of creative and technical work for me to be satisfied with the recording process, and an international pandemic to be able to focus my energies to record and produce the album.”

Putting aside the nature of the compositions themselves for a moment, the composer’s fastidiousness on the technical side of the recording truly paid off. The album’s production shines with detail and clarity. Left-hand chord work and bass counterpoint figures hit the mix with all the necessary power and weight, while the upper register notes twinkle with fine-grain physical nuance. In a feat not necessarily always accomplished in solo piano recordings, we get the sense of a full frequency spread from lows to highs, with every range along the spectrum sufficiently colored in. Campbell has achieved a degree of high fidelity that obscures nothing of his performances, resulting in the feeling that you’re sitting in the room with the piano as he plays.

The compositions that make up All in Due Time each play out with their own narrative arcs, weaving their way through journeys that encompass multiple discrete melodic passages, often coupled with twists in mood and atmosphere. Campbell’s playing style typically favors an ever-churning left hand that lays down a dense, complex bed of chords and bass figures for his melodies to interact with. Campbell’s right hand can ably flit through architectures of arpeggios and rapid-fire melodic runs, or in other moments lock into a more chordal, jazzy style that emphasizes larger blocks of harmony. At times his playing recalls the emotional grandeur and technical expertise in service of raw beauty of Keith Jarrett, especially his The Köln Concert album. At other moments, the music-box like upper register melodies and the cascading left hand arpeggios bring to mind the French pianist/composer Yann Tiersen (best known for the Amélie soundtrack, but whose catalog contains numerous gems, even outside of the context of film scores). 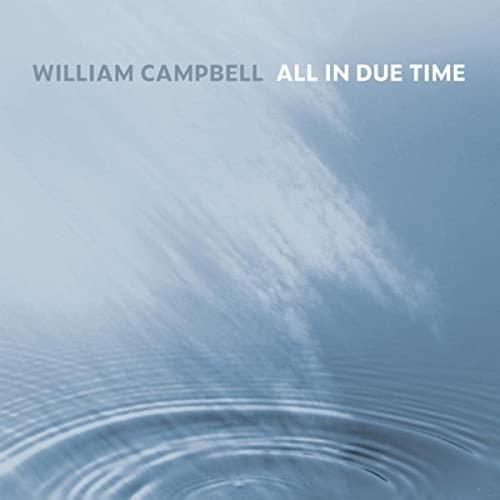 With all the flair typical of his career as a film composer, Campbell knows exactly when to launch into heart-string-tugging mode with the introduction of a soaring melody or a sudden shift from a period of harmonic turmoil back into a major key fanfare. The sense of narrative forward motion remains key to his work, as any given minute of one of his pieces will certainly differ from whatever twist might come a few minutes, or even measures, down the line. Though such nuances in narrative form might not necessarily jump out at listeners at first (“It’s all just pretty piano playing, right?”), Campbell is in full control of the development and evolution of each one of his pieces, and knows how to deploy subtle turns to keep us focused.

From a thematic standpoint, All In Due Time grapples with ideas of healing, stasis, and reflection. When Campbell asks in a text that accompanies the album, “How do we fill these periods of waiting?”, he’s referring, on the one hand, to the isolation and societal shutdown associated with the pandemic, which stranded artists and live performers at home with their own thoughts and projects. Clearly, for Campbell, these periods of waiting bore creative fruit in the form of these gorgeous compositions, as well as the fact that he was able to accomplish the arduous process of recording them at this level of technicality in performance.

On the other hand, I would say that the notion of a “period of waiting” also connects with the institution of solo piano recordings in this style as a whole. Having been engrained in our culture for centuries at this point, the piano fills so many different spaces in our wider musical imagination, and plays a different role in virtually every genre in which it appears. But contemplative solo piano performances in the filmic, evocative style in which Campbell specializes could not be more different in mood and execution from, say, a jaunty ragtime piece that would animate a cabaret bar, or a Thelonious Monk piece serving up a jazz head melody and then veering off into the realm of pure improvisation and startling atonality. Solo piano in this context reflects the processes of waiting, thinking, relaxing. The instrument, perhaps tautologically, makes us reflect on reflection. It gives us space to breathe and to consider our surroundings.

When Erik Satie composed his “furniture music” for solo piano in the early 20th century, he imagined that it could play the role of background music in a physical space – predating both the Muzak you might’ve heard in a mall in the '80s and the whole institution of ambient music in all its whispered forms. Campbell doesn’t deal in furniture music here, as his compositions have enough affecting melodies and structural turns to keep listeners on their toes throughout, but the spirit of Satie certainly hovers over the album to some degree – perhaps unavoidable for any solo piano work in this style. Campbell, stuck at home, surrounded by the same furniture day after day, took the opportunity to make piano music that rises above the state of background music and grabs hold of you, while paradoxically reminding you that it’s fine to take a moment to relax, reflect, and figure out your real priorities.