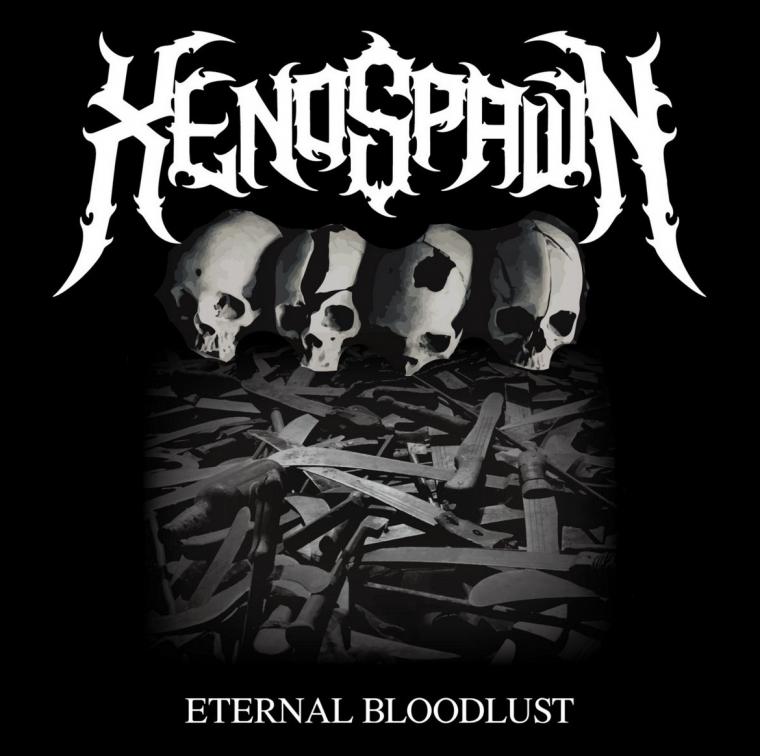 I've said it before and I'll say it again: The Quad Cities have a psychotic, improbably centralized, and densely packed scene when it comes to death metal. And not just your run of the mill '80s/'90s worship stuff that veers closer to thrash. For some reason, fricking everybody in the QC appears to play brutal technical death metal and has no problem getting super-progressive with it. Is there some kind of, like, subterranean dungeon school hidden in a network of tunnels under the river that churns outs extreme prog-death shredders? If so, I would like to go there.

Behold, the Xenospawn. (Actually, just Xenospawn, no "the," but I couldn't resist a shout-out to the Faceless.) The four-piece from Davenport seem to have only recently gotten together, with the three songs on their Eternal Bloodlust EP to their name so far, and yet they already rip. Certain riffs on the EP's title track have that utterly dissonant, warped tonality to them that moves far beyond the territory of power-chord chugging into that queasy riff architecture pioneered by Gorguts, and later practiced by Dragged Into Sunlight. Pummeling double kick-infused blastbeat drums animate each track with rapid tom fills and disorienting start-and-stop trickery. The band knows exactly when to focus on the slower, more lacerating riff structures and when to kick into double time, and the contrast between these primary modes keeps each track moving forward – a contrast even further accentuated by one-off bridges that launch into a breakdown or a maniacally off-kilter guitar solo. See the halfway mark of "Bagh Nakh," which shifts from a mid-tempo beatdown into a sudden break with guitars trading off little riff snippets, then builds into a monstrous d-beat, double-time shred-fest, which then culminates in a soaring, double-tracked guitar solo from the Sounds of Perseverance lineage. All this in a minute or so. Xenospawn are on one.