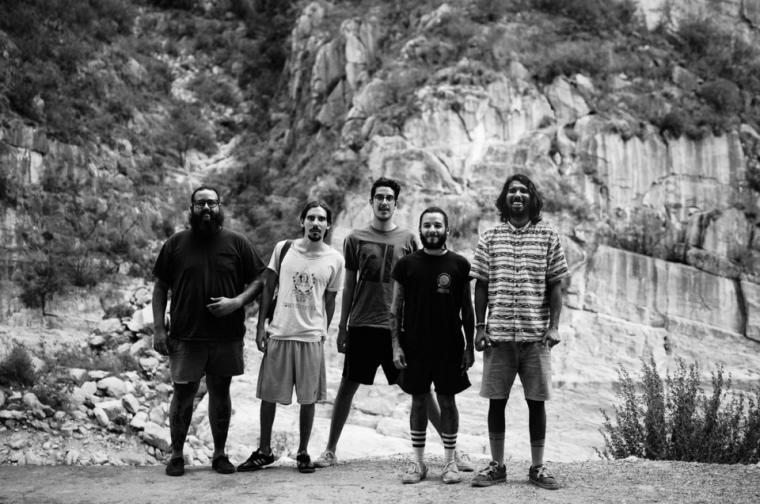 Since starting off in 2003, the band Zeta has built up a thick catalog of uniformly fierce, idiosyncratic punk music, occasionally streaking off in the direction of knotty prog performance and blistering metal. Possessed with an omnivorous spirit and a penchant for making studio recordings that sound like they’re soaked in the sweat and urgency of a live performance complete with mosh pit, the band doesn’t mess around when it comes to its vision of emotive, anything-goes experimentalism. The almost 20 discrete releases available on their Bandcamp span everything from complex math rock flecked with two-handed guitar tapping, to moody, slow-burning post-metal, to zoned out percussion workouts built over bongos and drum solos. The five-piece seems to be in no danger of running out of ideas any time soon, as they have maintained a prolific release schedule and a diverse sound for almost 20 years at this point.

The band's most recent release Mochima landed in early November of 2019. From its first notes, the album’s production value already seems to be a cut above many of Zeta's other releases. The guitars screech at full power, and the drums have a punchy, live feel to them that highlights all the details of each performance. It won’t take long for listeners to make the comparison to groups such as The Mars Volta/At the Drive In and its various offshoots due to the pummeling, progressive riff structures and the fusion of technical performance with a raw energy derived from hardcore. Between full-throated screams and barks, the yearning, tuneful vocal lines that appear don’t quite aim for the same insane high notes as The Mars Volta’s Cedric Bixler Zavala, but that might be a good thing depending on who you ask. Zeta seem grounded in some conception of rock music as a chance for live exorcism of one’s demons, and seamless slide between strategies from the playbooks of various genres.

Album opener “Casquiare” roars out of the starting gate with cascading double-time guitar riffs that feel closer to black metal than anything in hardcore’s history. From a structural standpoint, the song has more in common with post-rock, as it climbs up in intensity and exhales back into periods of rarefaction along a winding narrative arc. Album highlight “Inverno” shifts between muted verses with clean vocals and more legible guitar harmonies into towering, tremolo-picked guitar passages that feel like they’re ready to split a giant fissure in the middle of the mix. Mochima unfolds like a continuous program without breaks between tracks, as the climax of one song might serve as the baseline starting point for the next. This tactic keeps the energy high and the ideas flowing at a rapid clip, without giving listeners time to decompress or let their minds wander. Zeta demand your full focus.

Zeta shares its November 23 bill with the Quad Cities' black-metal duo Everlasting Light and hazy-folk ensemble Dark Family, admission to the 9 p.m. concert is a $5-10 sliding scale, and more information is available by calling (309)200-0978 or visiting RozzTox.com.