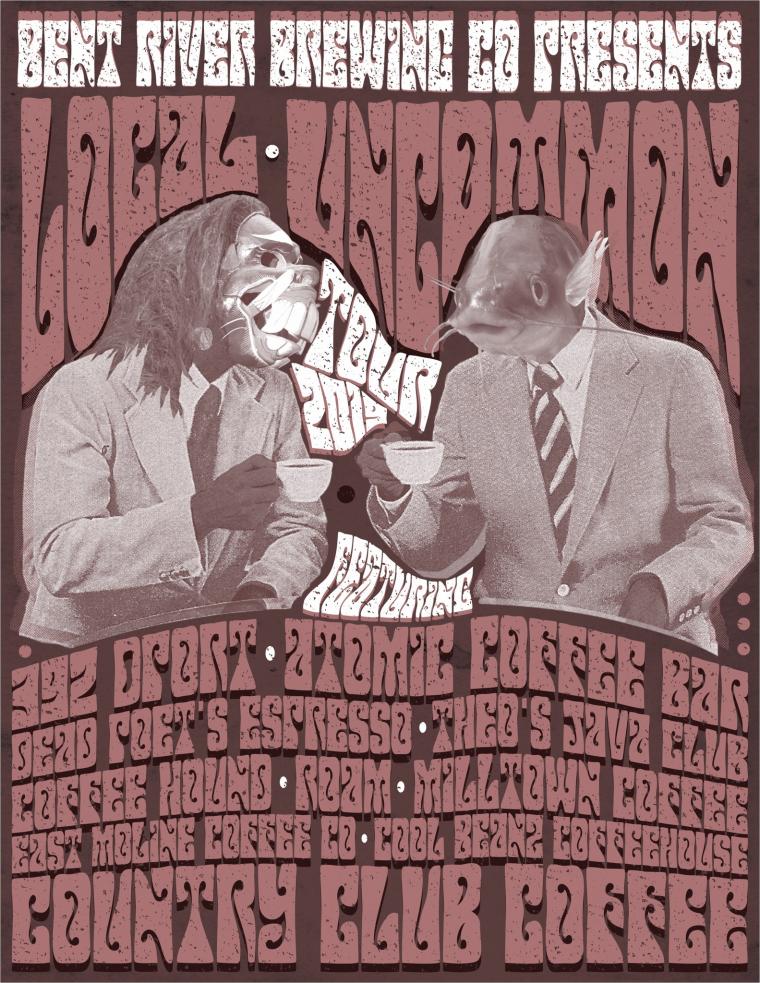 ROCK ISLAND, ILLINOIS (February 11, 2019) — Bent River Brewing is excited to announce the launch of the Local Uncommon Tour promotion. Teaming up with ten different Quad City Area coffee providers, we have brewed the base beer of our Uncommon Stout to be infused with hand selected coffee from each participating local businesses, creating ten different Local Uncommon variants.

Every Wednesday, March 6-8, one barrel of unique Local Uncommon will be tapped at our Moline Brew Pub location (1413 5th Ave, Moline, IL 61265). Every release will be accompanied by a short video via social media of an employee of the featured coffee company describing the coffee used in their batch as well as any of their own upcoming promotions.

The official launch date for the Local Uncommon Tour is March 6, 2019.

Bent River Brewing believes the Local Uncommon Tour will bring increased awareness to the rich local coffee industry. By cross promoting together we will highlight the solidarity of independent and small businesses within our community.

Below is a list of the participating collaborating businesses and their Local Uncommon variant release: