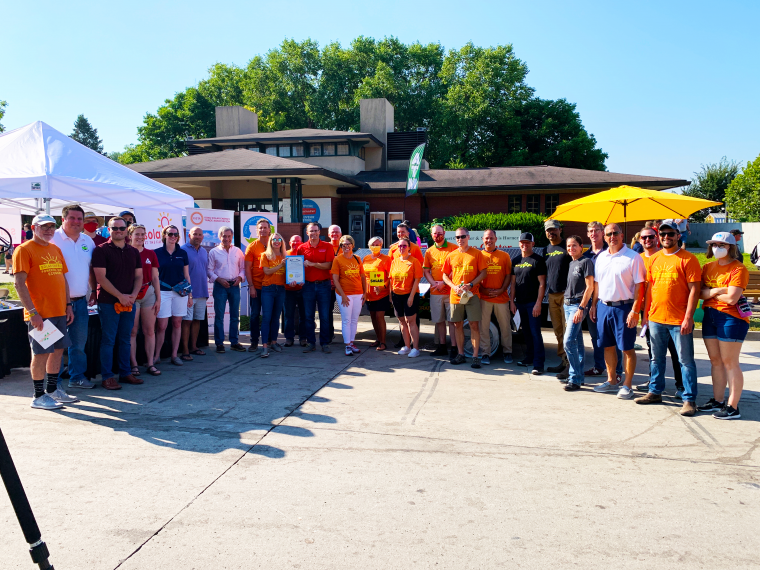 “Iowa leads the country in renewable energy development, which creates jobs, grows our rural communities and supports a robust economy,” said Lt Gov Adam Gregg. “Today, we celebrate the role solar energy has played in this energy innovation. With solar projects in all of Iowa’s 99 counties and nearly 1,000 Iowans employed in the industry, the future looks bright.”

“Solar has been a true success story in our state. This technology has become an economic engine that is powering our communities and economy,” said Troy Van Beek, board member of the Iowa Solar Energy Trade Association.

Solar benefits both rural and urban Iowa with solar projects in all of Iowa’s 99 counties.

“Solar energy provides a drought-proof revenue stream for Iowa farmers that’s needed now more than ever. Land leases for solar projects enable farmers to preserve and enhance our natural resources for generations to come,” said Ray Gaesser, Chair of the Iowa Conservative Energy Forum. “Today, we are celebrating the sun, but we also celebrate all forms of energy from our farms, including wind energy, ethanol, biodiesel, biogas, and more.”