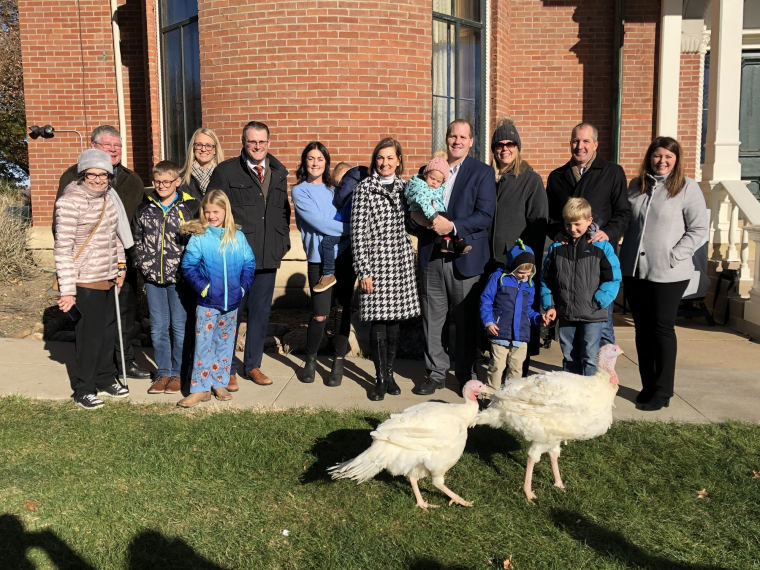 “In a year plagued by workforce shortages and supply-chain issues, Iowa turkey-farmers have worked tirelessly to ensure millions of families will have a turkey for Thanksgiving,” said Gov Reynolds. “This year especially, we recognize the breadth and value of farmers to provide food for our tables and grocery store shelves, and we give thanks to the ag industry, which is the backbone of our economy. I am proud to pardon Stuffing and Squash and celebrate Iowa’s turkey producers.”

Gov Reynolds has participated in the turkey pardoning every year since she’s been governor.