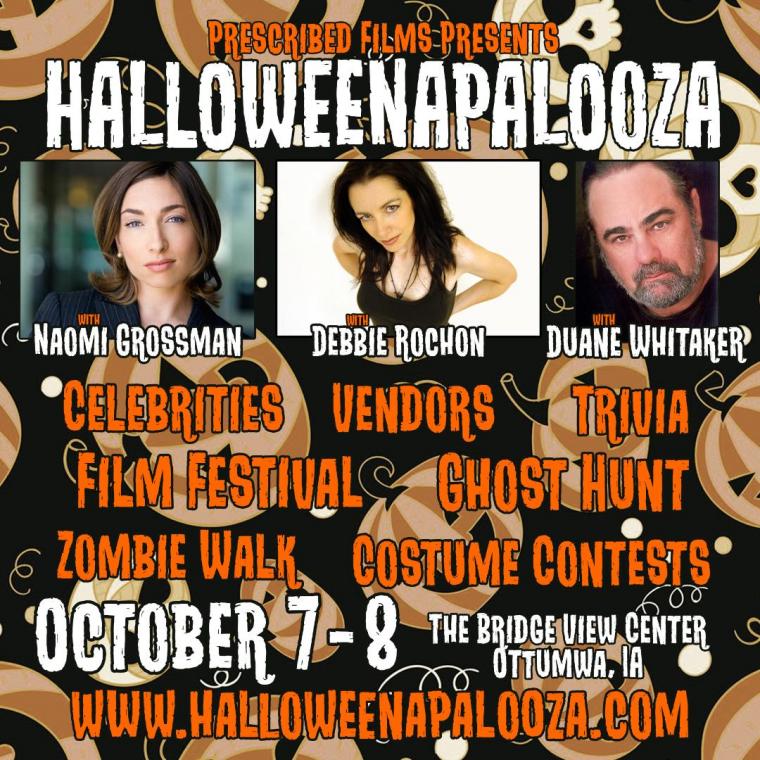 Duane Whitaker has spent the last thirty years as one of Hollywood's most entertaining actors. Whitaker is most recognized as Maynard, the sadistic pawn-shop owner, in Pulp Fiction. Some of his very early television credits include Highway to Heaven, Roseanne, and Quantum Leap. Whitaker has appeared in over sixty feature films and in the horror genre Whitaker has anchored a large part of his work.

He has been a part of no less than eight horror franchises, including Tales from the Hood, Rob Zombie's Devil's Rejects and Halloween 2, Children of the Corn: Genesis, Puppetmaster 5, Leatherface: Texas Chainsaw Massacre 3, and From Dusk Till Dawn 2: Texas Blood Money, which he also co-wrote.

The 90’s Scream Queen of the decade, Debbie Rochon’s credits include Abducted 2: The Reunion, Axe to Grind, and in several of Lloyd Kaufman’s Troma Productions, most notably Terror Firmer and Tromeo and Juliet. She has appeared on the cover of Fangoria, Rue Morgue, Vampirella Magazine, and others. Rochon also recently made her directorial début with the film Model Hunger.

Now in its twelfth year, Halloweenapalooza is Iowa’s premier horror-film showcase, created by horror filmmakers for horror fans. In addition to the film festival, which features talented works from around the world, the event includes vendors, panels, ghost hunt, showing of “Rocky Horror Picture Show,” and more.

Tickets, including special VIP packages, are on sale now at www.halloweenapalooza.com.