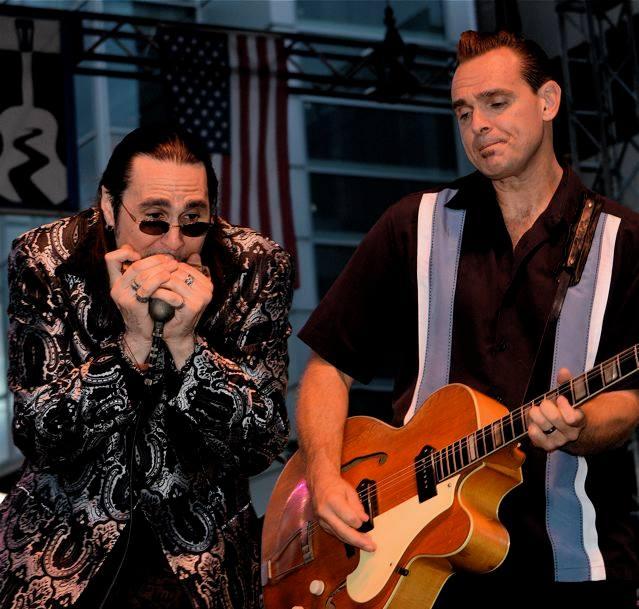 The MVBS is "Keeping the Blues Alive!" by bringing Top-notch Blues Bands, like Doug Deming and The Jewel Tones (pictured) to the QCA

Deming has garnered widespread attention for his deft guitar work and memorable songwriting. With a nod to the likes of T-Bone Walker and Charlie Christian, as well as Luther Tucker and Robert Jr Lockwood, Deming leaves his own mark, whether swinging on the big jazz box or playing straight-up blues on the solid body Fender guitar. Since playing the local Detroit scene beginning in the early 90's, Deming has spent much of the following years touring and recording with top blues artists, including Fabulous Thunderbirds frontman Kim Wilson, legendary Louisiana swamp bluesman Lazy Lester, Texas' Gary Primich, Chicago greats Johnny "Yard Dog" Jones and AC Reed, as well as Detroit's own Queen of the Blues, Alberta Adams. As leader of The Jewel Tones, Deming continues to bring noteworthy traditional and original roots music to his audiences.