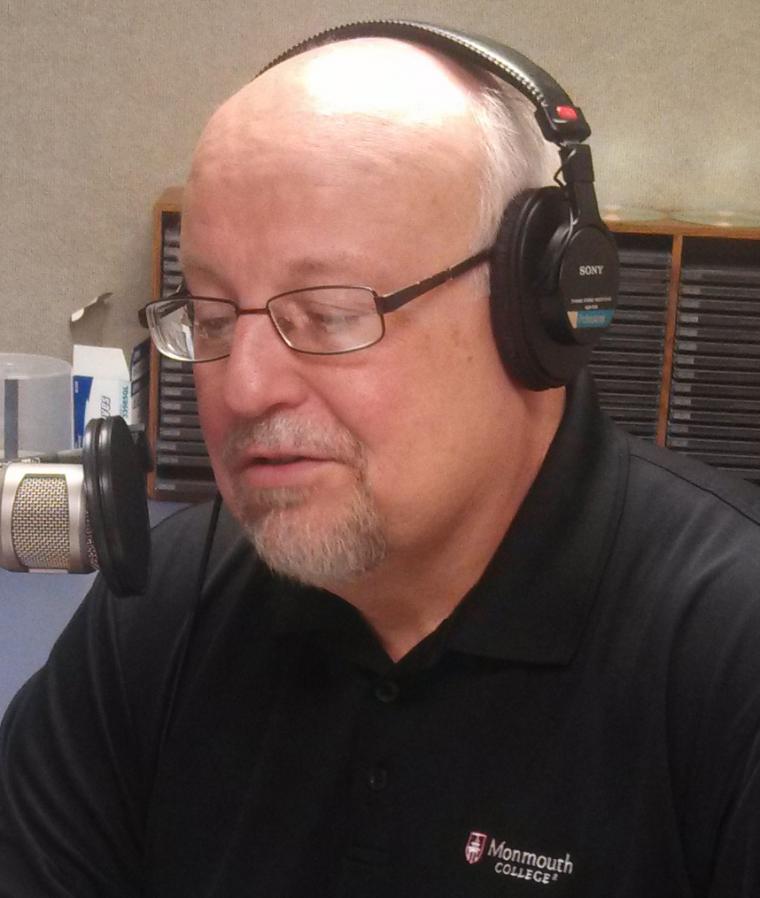 Johnson, who graduated from Monmouth in 1980 and joined the faculty in 2000, has established a scholarship for first-generation students. He did so in honor of his parents, who didn't attend college but encouraged their three children to do so.

The Harlan and Delores Johnson Scholarship honors parents who "worked hard and sacrificed" so that Johnson and his siblings Frank ('76) and Dawn ('97) could graduate from Monmouth.

"Neither of my parents attended college, but both were adamant about my brother, sister, and me attending college," said Johnson. "My mom graduated from Roseville High School, and my dad left high school to enlist in the US Navy during World War II. For as long as I can remember, it was a given in our household that we would go to college and pursue opportunities for a better life. It's the American dream. My scholarship is in honor of them and targeted to other first-generation students whose parents are working hard and sacrificing to put them through school to be able to pursue similar opportunities."

When Johnson attended college, he took classes from professors he called "some of the icons of Monmouth" — including Mary Crow, Doug Spitz, David Allison, Bernice Fox, Rod Lemon, Steve Buban, Stafford Weeks and his favorite professor, Bill Urban. Roy McClintock and Cecil Brett were his primary professors within the government department.

"The College exposed me to differing points of view that challenged my existing opinions," he said. "I would leave a course after hearing Dr McClintock espouse progressive views on government regulation and an hour later hear Dr Lemon take a more deregulatory point of view. I loved every minute of it, and I feel my education at Monmouth is the major reason for my more middle-of-the-road views on political issues. I still like to hear both points of view and that has always influenced my approach to teaching political science at Monmouth."

In addition to teaching at Monmouth, Johnson works as a political consultant on campaigns. An expert on government reform issues, Johnson has consulted with local governments on consolidation/merger, public-private partnerships, and full-cost accounting of public services. He has also helped candidates win elections for the US Senate, Congress, state legislatures, the judiciary, and local government.

His weekly radio show Heartland Politics with Robin Johnson attracts national and regional figures from the worlds of politics, media and government. It is produced at WVIK-FM and distributed to NPR affiliates as well on numerous podcast platforms.

Johnson's thoughts about the Midwest political landscape often appear in the media, including a recent analysis of this year's midterm elections he published in Washington Monthly.

Johnson's mother, who worked for the Illinois Secretary of State's office, is still living. His father, who served as president of Local #1218 of the United Food and Commercial Workers Union, died in 2014.

"My only regret is not doing this sooner when my dad was still alive because he knew the importance and value of education," said Johnson. "But I know this: when I was done signing the papers to formalize the scholarship on a cold December afternoon, it was the best feeling in the world to be able to honor my parents and give back to future students and their families the opportunity to attend Monmouth College."